YOUNG PEOPLE under the age of 18 will soon be seen driving on Slovak roads. As of November 1, that is just one of the numerous changes brought about by an amendment to the law. Also included are several new rules for drivers to observe. 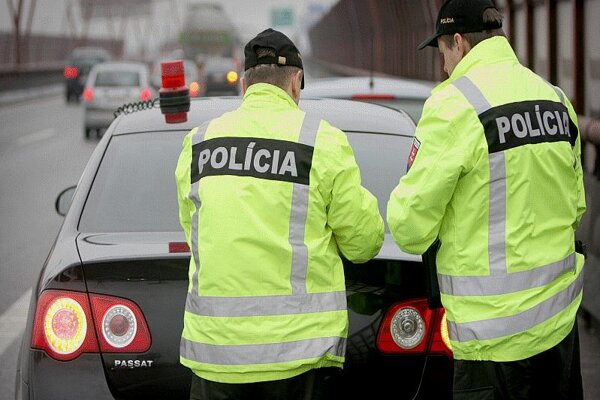 The police expect thenewrules to have a positive effect. (Source: Sme-TomášBenedikoviè)
Font size:A-|A+0

YOUNG PEOPLE under the age of 18 will soon be seen driving on Slovak roads. As of November 1, that is just one of the numerous changes brought about by an amendment to the law. Also included are several new rules for drivers to observe.

Formerly, driving was the preserve of the over-18s. Now, 16-year-olds are eligible to receive driving lessons, and 17-year-olds can take a driving test and drive on Slovak roads, but only if they are accompanied by an adult driver who has held a valid licence for at least ten years. Adult co-drivers must also follow all the rules that apply to regular drivers, such as those on alcohol consumption. And every young driver will only be allowed one specific co-driver, who will be registered with the police.

The police expect the new rules to have a positive effect, as happened following a similar change in Germany: a drop in the accident rate among young drivers by one third, according to the head of the national transport police Milan Hamar, as quoted by the Sme daily.

Moreover, drinking and driving is classified as a criminal act under the new rules. If a person is caught driving with one part or more of alcohol per thousand of blood, he or she can face up to a year in prison. The same punishment can be applied to those who refuse to have their blood measured. If a driver is caught drinking and driving three times, they will lose their driver’s licence for good, the new rules state.

If a driver causes an accident three times in the course of five years, or is caught drinking and driving twice in that period, their drivers’ licence will be taken away and they will be obliged to take lessons and pass the driving test again.

If a driver violates an important road rule (classified according to those that attract fines of €60 or more) three times in the course of one year, they must attend a training course, take a driving test and pass a medical and psychological exam.

If a driver is caught with alcohol in their blood, they will henceforth be obliged to take a test to determine whether they are addicted to alcohol.

New rules apply also to the right of precedence on Slovak roads. When leaving a side road and entering a main road, drivers are now able to slow vehicles driving along the main road, provided that they do not force vehicles on the main road to change their direction or speed rapidly.

Changes also concern the safe distance that drivers should maintain between each vehicle. Previously the distance was measured in metres, but under the new rules it will be measured in time. Cars must keep a distance of two seconds at least, while trucks are required to keep a three-second distance between them and other vehicles.

Cyclists now have precedence when turning left or right.

Drivers are no longer allowed to operate their vehicle if it is covered by snow or ice – instead, they must remove all snow and ice before setting off.

And while drivers over 65 previously had to be examined by a physician once every two years before they could drive a car, they are now required to undergo a medical examination only every five years.