WATCHDOG groups that deal with transparency and political fairness have called last year’s law requiring all public contracts be published online the most significant anti-corruption measure taken by the outgoing government of Iveta Radičová. But less than one year later, the NGOs believe that the law on its own is not enough and say they are launching their own efforts to make sure the information generated under the law is more accessible and useable by the general public. 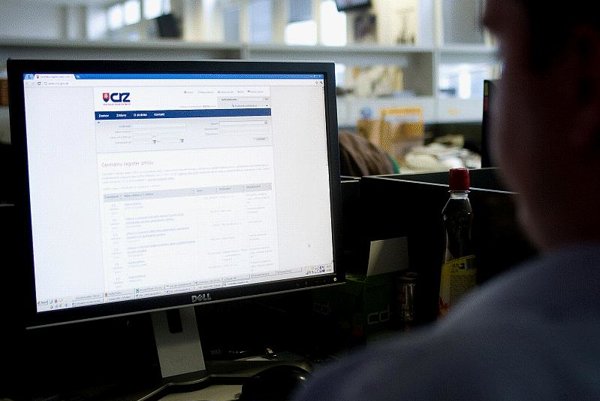 WATCHDOG groups that deal with transparency and political fairness have called last year’s law requiring all public contracts be published online the most significant anti-corruption measure taken by the outgoing government of Iveta Radičová. But less than one year later, the NGOs believe that the law on its own is not enough and say they are launching their own efforts to make sure the information generated under the law is more accessible and useable by the general public.

All Slovak state, regional and municipal offices have been required to publish their contracts, paid invoices and purchase orders online since January 1, 2011, and over 85,000 contracts are now listed in the country’s Central Registry of Contracts.

The publication of this information, designed to provide more transparency in how government entities spend public money, has already helped the media to uncover questionable spending at some Slovak ministries and state-run companies. Many observers have said its potential in reducing corrupt dealings in government is comparable to passage of Slovakia’s law on public access to information in 2000.

Two non-governmental watchdog organisations, Transparency International Slovensko (TIS) and the Fair-Play Alliance, think the law is groundbreaking and essential but they believe the intent behind the law can be made more effective if the published contracts are more accessible to researchers, the media and ordinary citizens. As a result the two groups have launched a website, OtvoreneZmluvy.sk, to accomplish that.

Online – but what then?

“Contracts have been published online but their monitoring by the professional public as well as by ordinary citizens has been rather accidental and sporadic,” Matej Kurian, programme coordinator of TIS, told The Slovak Spectator, adding that if the government offices take so much effort to publish the contracts then the public should be able to access them more easily and examine them in more detail.

Eva Vozárová of the Fair-Play Alliance believes that the decision by Radičová’s government to publish all state contracts online was an essential first step, but noted as well that there was not complete follow-through.

“The state published its contracts for citizens to improve public oversight,” Vozárová told The Slovak Spectator. “But that will not take place as long as users don’t have the possibility to access the contracts in a barrier-free way that is easy and intuitive, with a good search engine and motivation to actually read the contracts.”

The NGOs expect OtvoreneZmluvy.sk to provide these conditions for interested citizens. The website gathers the documents published in the Central Registry of Contracts as well as from about 130 other government entities subject to the law, mainly local and regional self-governments as well as schools. The website then offers various tools so that any citizen can more easily access and review state orders that they are interested in as well as the actual signed contracts.

Published but not open

Kurian said that it was common for many of the contracts to be published just to satisfy the requirements of the law and that some institutions did not make it easy to find information. He explained that some institutions made sure that a researcher would need to undertake considerable effort to access even basic information about a contract such as with whom, for what, and for how much.

He wrote that parties to a contract sometimes used names that do not mean anything to a layperson (for example acronyms) or alternatively used various different names in contracts. The contracts also often lack a clear description of the subject of the contract and the name of the contract, Kurian said. Because there is no obligation to describe the subject or the purpose of a contract, document titles are often published only as ‘Document No. 32/64/28', Kurian wrote on the blog. He added that one in every four contracts currently published in the central register does not clearly state the monetary value in its accompanying overview chart.

Crowdsourcing as a technique

Programmes built into OtvoreneZmluvy.sk perform several automatic analyses of potential risk factors in a published contract that then serve as a tool to pre-select certain documents that may be worth closer reading and examination, Vozárová told The Slovak Spectator. Visitors to the website can then more easily evaluate certain aspects of a contract and make comments on it.

“We believe that it is the confrontation of various opinions and experiences that makes public control effective,” Vozárová stated.

There are now about 85,000 contracts accessible through the OtvoreneZmluvy website and the number will regularly grow. Knowing that having only a few eyes examining the huge number of documents would not be very productive, the developers of the website decided to encourage use of a technique called crowdsourcing.

Crowdsourcing is best illustrated by the approach taken by Wikipedia in developing its online encyclopaedia in which anyone can contribute to the common goal. This is the approach that the NGOs hope will encourage more effective public examination of contracts that are published online and is the first time the concept has been used in this way in Slovakia.

“We were inspired by the way people work with the internet nowadays – they are active on Facebook and participate in online discussions, which means they have gotten used to expressing themselves if they find it worthwhile,” Vozárová said.

Anyone can take a peek

OtvoreneZmluvy.sk is currently operating only as a test version because its developers want to first determine how active its users will be and how they will interact with the site so that the website’s final version can be made more user-friendly in the coming months, according to Vozárová.

The website is available to everyone who has an interest in examining how public funds are being used, Kurian said.

“We hope it will be used by analysts as well as ordinary citizens who are interested in some specific areas – either state grants in sport or contracts for [the purchase of] stationery,” Kurian stated.