Diversification is the answer for investments

THE RECENT economic crisis, the threat of its return, as well as questions about the future of the eurozone have presented people who are lucky enough to have money with an extra dilemma: as well as the normal quest for growth, they must worry about how to protect their financial assets. Banks have recommended that clients diversify their investments, while customers have become more conservative, preferring safety over high yields. 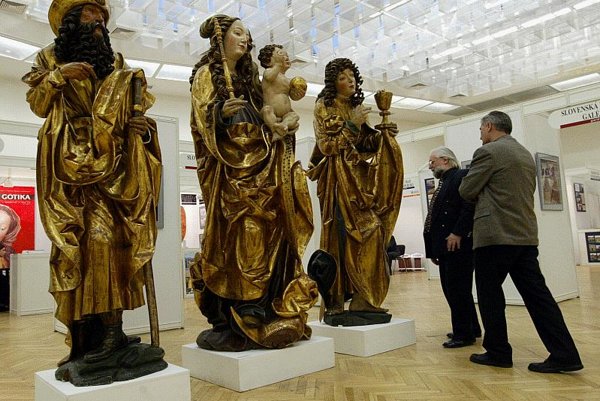 THE RECENT economic crisis, the threat of its return, as well as questions about the future of the eurozone have presented people who are lucky enough to have money with an extra dilemma: as well as the normal quest for growth, they must worry about how to protect their financial assets. Banks have recommended that clients diversify their investments, while customers have become more conservative, preferring safety over high yields.

“2008 was exceptional in that Slovak clients were not prepared for the lecture which the markets had prepared for them,” Michaela Kaňová, the director of Erste Private Banking, told The Slovak Spectator. Her unit, which is part of Slovakia’s biggest bank, Slovenská Sporiteľňa, provides private banking services, i.e. advice and financial products to wealthy clients. “Since that time most people have reassessed their investment goals, made their expectations more realistic, and adapted their position to the risk.”

According to Kaňová, clients are now asking many more questions and want to understand more. They observe the markets and know that every crisis eventually comes to an end.

VÚB Banka confirmed that, compared to the pre-crisis period, private banking clients are both more cautious, and require more intensive communication. But it says some clients have used the turbulence on financial markets to turn a profit.

“With the arrival of the crisis in 2008, clients acceded to a compromise solution, i.e. they transformed their more risky assets into safer ones, but with lower yield potential,” Blažena Strečanská, the head of private banking at VÚB Banka, told The Slovak Spectator. Adding that the current situation is different compared to when the crisis first arrived in 2008, she said that this summer it was not necessary to transfer assets within clients’ portfolios to quite the same extent.

Banks describe the typical Slovak client as rather conservative, something which is also reflected in the type of products they choose.

The experience of ČSOB confirms the interest in more conservative products, such as savings accounts, term deposits, mutual funds and investments like gold, according to Miroslav Paulen, director of ČSOB’s private banking division.

On the other hand, according to VÚB, there are also clients who conversely invest in shares and various ETF certificates, according to Strečanská. VÚB is also registering increased popularity in various forms of guaranteed structures, which secure the client a return on the money invested along with the possibility to participate in the growth of stock markets. Portfolios are supplemented by investments in commodities, precious metals, art (paintings, jewellery and antiques) but also specialities such as coin or stamp collections, according to Strečanská.

Kaňová said that solutions provided to conservative clients need to offer gains above inflation, but at minimum risk.

“The key to minimising investment risk is to diversify investments in combination with a proper identification of the client’s attitude to the risk involved,” Kaňová said, adding that the bank applies this approach during times of economic growth as well as contraction. Many clients, in order to diversify, are also turning to gold. “For these clients nothing fundamental changed during the falls.”

“Apart from this we have also registered an interest in investing in gold,” Kopka told The Slovak Spectator, adding that this kind of investment should not be understood as a tool to get rich but as a kind of safeguard for worse times. Apart from investments in gold, the bank has also recorded increased interest in commemorative and collection coins, as these are limited issues and their value tends to keep growing.

The banks offer an extensive ranking of products in the form of open architecture, i.e. they do not offer only their own products or those of their parent banks.

“In practice this means that we are not offering clients only our own products or those of our parent [bank] but are also trying to find for them the most profitable alternatives in the secondary market,” said Strečanská. “We can mediate all existing kinds of investments in which they show an interest except those which represent an inappropriate risk.”

In Slovakia there are no precise statistics about either the number of private banking clients or their assets. The potential size of the Slovak market is estimated to be between €6 billion and €7 billion, of which only one half is ‘sheltered’ by banks. This means that there is very considerable potential for growth in the sector. The number of clients wealthy enough to benefit from private banking services is estimated to be between 10,000 and 40,000, or 2-3 percent of the population. Most retail banks with private banking services say that the minimum amount needed to qualify for their services is €200,000, but say other clients with what they call “real prospects” are sometimes considered.

“The level of minimum assets ranks in Slovakia between €30,000 and €400,000,” said Strečanská. “In general, regardless of the crisis, this level has been continually increasing as has the average volume of funds of clients.”

Strečanská pointed out that if a client has less money, it is difficult to secure proper diversification and quality of investments.

For Erste Private Banking the minimum amount necessary to be considered as a private client is €200,000, but the average private client exceeds this level by several times, Kaňová told The Slovak Spectator. She added that people whose prospects suggest they will be able to meet this criterion in a short period of time can also become clients. Such people include those who use private banking services in other banks, have sound incomes, or have temporarily invested their money in real estate, among others.

“Growth in clients is bound to the growth of the economy,” Kaňová said. “Erste Private Banking’s portfolio grew by over 20 percent during 2011.”

ČSOB is keeping its private banking minimum at €200,000 too, although it may be lowered if the bank sees real prospects for an increase, according to Paulen. ČSOB has about 1,700 private clients whose assets total €720 million, and the figure has grown over the last five years, the bank reported.

VÚB reports annual growth in assets administered by its private banking department as being over 20 percent for the last three years, while the number of such clients has increased at a similar pace. According to Strečanská, growth slowed during the crisis – the bank reported per annum increases of between 30 and 35 percent before it struck – but she said that in 2010 growth again exceeded 25 percent.

In VÚB and UniCredit Bank, which has now been providing private banking services for more than six years in Slovakia, the criterion to become a private client are assets exceeding €300,000.

“Private banking as we know it in western Europe, is in some areas still only in diapers in Slovakia,” said Kopka, adding that inheritance consultancy in particular is underrated in Slovakia. “The positive thing is that private banking in Slovakia has huge potential and belongs among the most dynamically developing segments of the banking sector. It is on course to come closer to the average among European countries, where the number of such persons ranks among 2-3 percent of the population.”