Independence of the Energy Regulator in Slovakia

10 years of the Slovak regulatorSlovakia set up a regulatory authority for the energy sector – the Regulatory Office for Network Industries (RONI) – in 2001. As a result the Ministry of Economics is able to draw on RONI’s 10 years' of experience in its preparation of new energy legislation to implement the EU Third Energy Package (Electricity Directive 2009/72/EC and Gas Directive 2009/73/EC). 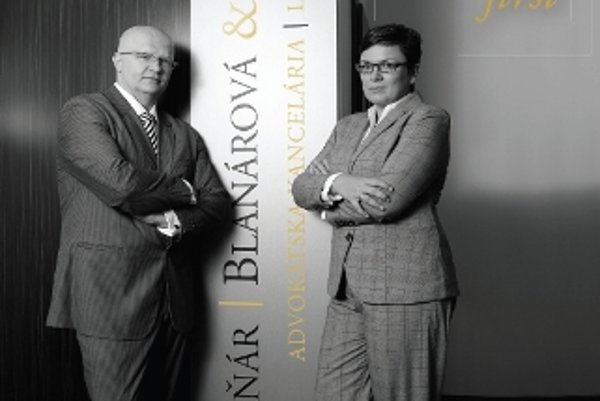 10 years of the Slovak regulator
Slovakia set up a regulatory authority for the energy sector – the Regulatory Office for Network Industries (RONI) – in 2001. As a result the Ministry of Economics is able to draw on RONI’s 10 years' of experience in its preparation of new energy legislation to implement the EU Third Energy Package (Electricity Directive 2009/72/EC and Gas Directive 2009/73/EC).

Two regulatory bodies
There are currently two national regulatory authorities for the energy sector in Slovakia. The Regulatory Council, which was originally part of RONI, was given separate status in 2007. The existence of two “independent” regulators for the same sector raises questions as to how independent and cost effective their activities can be.

The EU Third Energy Package prescribes that Member States should have a single national regulatory authority. Drafts of the new energy legislation recently published by the Ministry of Economics propose a compromise solution, whereby RONI will again act as the sole national regulator, while the Regulatory Council assumes an advisory and appellate role.

Purpose of independence
The EU Third Energy Package emphasises, more than ever, the need for an independent national regulatory authority. A practical imperative lies behind this approach. National regulators are to gain more powers to regulate operators of networks and systems while still exercising extensive powers in the area of energy supply. In addition, the regulators are to gain new dispute settlement powers.

Impartiality and transparency
Member States should establish a legislative framework for the regulator’s activities that enable it to exercise its powers impartially and transparently. The regulator should act and take decisions in a neutral way and based on objective and professionally determined criteria and methodologies. The regulator should be open to discussion with those regulated entities affected by its decisions.

There is space for better transparency in the case of Regulation Policy, a program that has a long-term impact on industry prices. A consultation procedure would also be useful before the regulator takes a major decision, which could in practice reduce the growing volume of appeals and court claims against the regulator’s decisions.

Under Slovak energy legislation, there have not previously been any conflict of interest rules applicable to RONI’s top officials (Chairman and Vice-Chairman). The law has only provided for conflict of interest rules in respect of the Regulatory Council. There is no objective reason for the continuing absence of such key rules, especially given that the Second Energy Package (Electricity Directive 2003/54/EC and Gas Directive 2003/55/EC) required the complete independence of regulators from interests in the energy industry. Drafts of the new Slovak energy laws provide for a solution by extending the existing conflict of interest rules to RONI’s Chairman and Vice-Chairman.

The regulatory body's independence depends significantly on the body appointing its top officials. Slovak legislation does not have a clear answer to this issue. Currently, RONI’s Chairman is appointed by the Government, while members of the Regulatory Board are appointed by the President. If the current drafts of the new energy laws are adopted, RONI’s top officials will in future be appointed by Parliament, which appears to be the most balanced solution achievable.

Drafts of the new energy laws aim at eliminating the current situation in Slovakia where the same person has now been chairing both regulatory bodies for four years, raising questions about the independence of the regulatory bodies.

Professional independence
The professional independence of top officials in the regulatory authority should be ensured by limiting their terms of office to between five and seven years, with the opportunity to serve no more than two terms. This solution aims to separate the period for nomination to the regulatory body from that of election to Parliament and Government. Under the proposed Slovak legislation, RONI’s top officials will serve in office for a fixed term of six years.

The regulator’s independence requires that it has a separate budget along with autonomy as to its allocation. The budget should ensure it has adequate human and financial resources to carry out its tasks.

Accountability for proper exercise of regulatory powers
The failure to exercise its powers in an independent manner should trigger the liability of the officials responsible – whether civil, administrative and / or criminal. Until the law provides for the effective liability of these persons, then the requirement of independence cannot properly be met.

Drafts of the new energy laws enable Parliament to remove RONI’s top officials for a number of reasons, including, for example, a breach of the conflict of interest rules. Parliamentary supervision of the exercise of regulatory power appears to be the most democratic solution but its practical exercise raises questions.

Liability of RONI’s top officials does not seem to be practically enforceable in Slovakia. The wording in the proposed legislation defining the criteria for such liability is unclear and the Slovak courts are slow and unpredictable.

Conclusion
Drafts of the new energy laws make a great effort to meet the independence requirements applicable to the national regulator necessary to render it compatible with the EU Third Energy Package. Adoption of such requirements by Parliament would be to the benefit of regulated entities and the energy market as a whole.

This article is of an informative nature only. For more information go to www.bbpartners.sk.