Small parties to take their chances

THE NEXT general election may be taking place much sooner than originally expected but that does not appear to have deterred the usual wide array of smaller parties from entering the race. Their chances of getting into parliament, judging by past experience, are poor and some seem to have been caught unawares by the early date of the election. But others claim they are as ready as they can be to compete for seats. 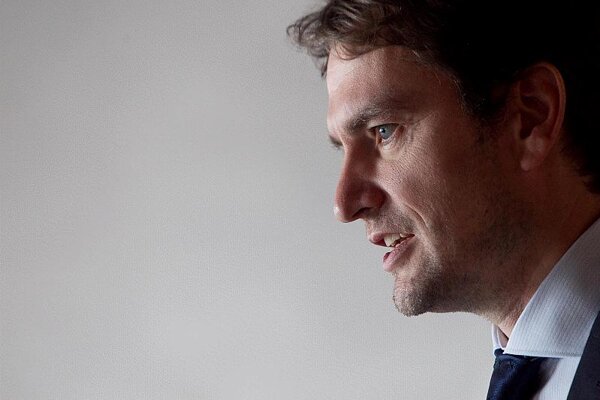 THE NEXT general election may be taking place much sooner than originally expected but that does not appear to have deterred the usual wide array of smaller parties from entering the race. Their chances of getting into parliament, judging by past experience, are poor and some seem to have been caught unawares by the early date of the election. But others claim they are as ready as they can be to compete for seats.

Those politicians without a strong profile among voters are only now setting up new political parties in order to run in the elections, while other more established players say they will do their best to rebuild the voter trust they once enjoyed. As in the 2010 elections, some politicians will run on the slates of other political parties, which means they need to garner at least 3 percent of the mother party’s votes in the form of preference votes.

The Civic Conservative Party (OKS) has been characterised by relatively stable ideology as well as a stable voter base, although this has never been big enough to get the party into parliament on its own name. In 2010, however, four OKS members made it to parliament on the slate of Most-Híd party, which later became a member of the ruling coalition.

This time around, however, OKS will not stand united in the parliamentary race, after its four MPs took differing stands on the issue of the EU bailout mechanism and the no-confidence vote which ultimately brought down the Iveta Radičová government in mid October. František Šebej, who was the only one of the four to vote in favour of the bailout mechanism and the government, left the party shortly after the vote, and later announced he would again run on the candidate list of Most-Híd.

Another OKS MP, Peter Osuský, has since decided to run on the candidate list of Freedom and Solidarity (SaS) party, the coalition renegade in the EU bailout vote. Osuský has thus automatically been dropped as an OKS member.

The other two MPs, Ondrej Dostál and Peter Zajac, the latter of whom is the party’s chairman, have accepted an offer from Igor Matovič, an independent MP originally elected on the SaS slate who has become known as an enfant terrible on the Slovak political scene in the brief time he has spent in the Slovak Parliament. He says he is now ready to pursue his long-declared plan to establish a party which would allow independent personalities to run on its candidate list.

Matovič has often mentioned that it is his dream to make a change in the parliamentary electoral system that would allow independent candidates to stand for election without being on a party slate. If such a change were not possible – something he has said he does not expect, owing to resistance from the established political parties – he said he would found his own political party that would offer all 150 places on its list to independent candidates.

Matovič and his supporters collected more than the 10,000 signatures necessary to file a request to establish a new political party with the Interior Ministry, and sought to have the party registered under the name Obyčajní ľudia a nezávislé osobnosti (Ordinary People and Independent Personalities).

The shortened version is Obyčajní ľudia (Ordinary People), the name that Matovič has used for his existing grouping of four MPs, all of whom made it to parliament on the SaS slate in June 2010.

The first 126 slots on the candidate list of the newly-established party will be offered to what Matovič calls independent personalities, and the 10 places above them will be taken by people from small conservative parties like OKS’s Dostál and Zajac and politicians of the Conservative Democrats of Slovakia (KDS), a party which was established by breakaway members of the Christian Democratic Movement (KDH), which is currently headed by former interior Vladimír Palko.

Matovič and the three remaining Ordinary People will be featured on the last four slots of the candidate list. It is not clear who will occupy the number one position on the slate.

Matovič’s plans, however, have been messed up by Víťazoslav Móric, the leader of an almost-forgotten party, SLNKO, which had campaigned as the Real Slovak National Party (PSNS), a breakaway group from the Slovak National Party (SNS) led by Ján Slota in the early 2000s. On October 28, the same day as Matovič filed the request to register his party, Móric changed the name of his own party to Ordinary People. He said it was an attempt to “calm the political scene in which I have not been a part for ten years, and of which I do not want to become [a part], but which I have been observing”, the TASR newswire reported.

Matovič was quick to accuse Móric of theft and said he believes Móric was only playing the role of a straw man. He added that practically all the leaders of the established parliamentary parties, including Mikuláš Dzurinda of the Slovak Democratic and Christian Union (SDKÚ), Ján Slota of the SNS, and Robert Fico of Smer, would welcome Ordinary People's removal from the game ahead of the elections.

Even with the PSNS out of the game, the nationalist forces are once again split prior to a general election in Slovakia, and many questions therefore surround their future in the Slovak parliament. In the last election in 2010 the unified SNS scraped into parliament with 5.07 percent of the votes, just over the 5-percent threshold required to win seats.

But two prominent figures of the Slovak National Party (SNS), Anna Belousovová and Rudolf Pučík, left the party less than a year later, and last month applied to the Interior Ministry for registration of a new party, Nation and Justice (NaS). Belousovová has announced that most candidates on the NaS slate will be people without previous political experience, and that the party will introduce them gradually. The party’s founding congress, which will also decide on its chairperson, will take place on November 12. SNS leader Ján Slota has already said that there is no chance for any pre-election cooperation between the SNS, which he leads, and Belousovová’s NaS.

The SNS leadership expelled Belousovová from the party in February 2011, asserting she was unable to come to terms with the situation after her ambitions in the party were not fulfilled. In the autumn of 2010, Belousovová had run for the post of SNS leader at the party congress but was defeated by Slota. After expelling her, the SNS leadership urged her to leave parliament and return her deputy’s mandate to the party, but she remained and continues to chair the parliamentary committee for human rights.