From bricks to smart phones to tablets

AT THE genesis of mobile telephones, users carried a big, heavy device that was fittingly nicknamed ‘tehla’ (the brick) in Slovak. Since then, mobile devices have lost a lot of weight and accumulated a lot of new features. Users of mobile services in Slovakia have not let this technological revolution pass them by and remain keen on getting their hands, eyes and ears connected to all kinds of new devices and applications. Smart phones now account for about one-half of all mobile phones sold in Slovakia and further market penetration is expected. 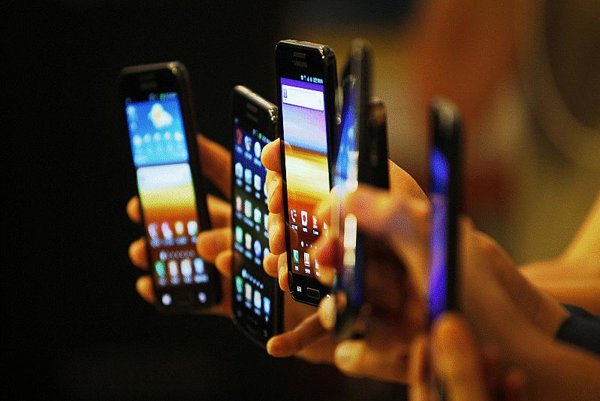 AT THE genesis of mobile telephones, users carried a big, heavy device that was fittingly nicknamed ‘tehla’ (the brick) in Slovak. Since then, mobile devices have lost a lot of weight and accumulated a lot of new features. Users of mobile services in Slovakia have not let this technological revolution pass them by and remain keen on getting their hands, eyes and ears connected to all kinds of new devices and applications. Smart phones now account for about one-half of all mobile phones sold in Slovakia and further market penetration is expected.

“In principle, Slovaks mimic current European trends,” Ján Michálek from PCNews, a web portal on information and telecommunication technologies, told The Slovak Spectator. “It is not necessary to wait too long even for novelties from Asia or North America.”

Michálek attributes some portion of the popularity of smart phones, especially among the younger generation, to their design and brand.

“A large display is currently in – even if you only make calls from it,” said Michálek, adding that smart phones offer an extensive range of services.

Improved coverage by networks offering mobile internet connections justifies the growing use of smart phones even though Michálek said the number of hotspots and other places where users can connect to the internet without charge is much lower than abroad. He added that the ability to use navigation systems and prepare maps without cost is an added value provided by smart phones.

Michálek noted that smart phones have become affordable for nearly everyone.

“Prices in the pre-Christmas market have reached levels such that a decent smart phone is affordable to almost everybody,” Michálek said. “Cheap low-end phones keep dominating sales but those who are interested can find smart phones with the Android system either in the offer of [mobile] operators or in the open market for less than €100. Customers do not have a problem
getting a smart phone for €1 when they subscribe to an ordinary post-paid service programme.”

The flagship products of certain smart phone producers are still quite expensive, Michálek added, and only mobile communication fanatics are willing to pay those prices. But Michálek expects the arrival of phones from lesser-known Asian producers, who have learned to manufacture devices that are acceptable to the European market, to push prices further down.

“We have been registering an increasing demand for smart phones,” Peter Tóth, corporate affairs manager at Orange Slovensko, the biggest mobile operator in Slovakia, told The Slovak Spectator. “This is due to favourable prices and the constantly improving parameters of these phones.”

Many Orange customers prefer Samsung, Nokia or Sony Ericsson but the company representative added that HTC, whose range consists exclusively of smart phones, is also of interest to Orange customers.

The share of smart phones sold by Orange increased significantly over the past year and has even exceeded 60 percent of all sales in recent months, Tóth said.

“Naturally, clients are interested in new products from Apple,” Michal Korec from the press department of Slovak Telekom told The Slovak Spectator. “Sony Ericsson and Nokia are the biggest sellers, while interest in models from Samsung, LG and HTC is gradually growing.”

“The Slovak customer prefers well-known brands, for example Nokia and Samsung, but the Huawei brand has been appealing to buyers because of its excellent ratio of price to performance,” Jamrichová told The Slovak Spectator.

Telefónica Slovakia expects a 10-percent-plus increase in sales of smart phones this year.

Maps and other apps

Most of the applications downloaded by Slovaks for their smart phones are for social networks, chatting and games, especially when they are free, said Michálek. Various utility applications and tools which can be used universally regardless of one’s location are also popular.

“One of the basic problems when downloading applications that are popular in the US or other parts of Europe is localisation,” said Michálek. “A language barrier should be not a problem for a smart phone user but the availability of services and support for certain databases is a problem,” adding that this applies particularly to various ‘travel’ applications which rarely know about events or points of interest in Slovakia.

“A Bratislavan will hardly be interested in what is playing at cinemas in New York City; but fortunately the number of similar applications being developed for the Slovak market is increasing,” Michálek noted.

While Slovak Telekom and Orange Slovakia do not have detailed statistics about applications used by their clients, Tóth of Orange said that generally these are applications “making everyday life easier”. Both Tóth and Korec of Slovak Telekom listed social networks, news readers, weather forecasts and traffic information as the most popular along with clearly-focused applications such as the one developed for the Ice Hockey World Championship held in Slovakia in May.

“Applications in the Slovak language and adapted to the Slovak market are the most popular,” Tóth added.

Telefónica Slovakia cites Google Maps as among the most-used applications, along with others accessing social networks, games and productivity tools like Evernote and Dropbox.

Michálek of PCNews said that it is quite difficult to predict future developments in applications.

“The behaviour of smart phone users might change,” he said. “After initial enthusiasm they may start rejecting things like localisation applications and become more worried about an even bigger loss of their privacy.”

The tablet's time is coming

Tablets are only suitable as a supplement to a primary computer used for work right now, according to Michálek, but he thinks more professional applications designed for work are coming. He added that the improving ratio between price and performance and decreasing unit prices will make tablets more widespread. But he noted that the economic situation in Europe next year as well as the arrival of the Windows 8 operating system might have some impact on tablet sales.

Nevertheless, the expectations of Slovakia’s telecom operators are positive regarding the growth of tablet usage.

Orange expects about 10-times higher sales of tablets this year than last year due to a special Christmas offer, Tóth said, adding that increased demand for tablets is linked with growing awareness about the uses of these multimedia devices.

“For now this is a ‘niche’ market that offers several interesting products but with prices that are still relatively high for Slovaks,” Korec said. “Some models sell well but smart phones certainly make up a bigger proportion than tablets because of the current prices.”

“The growth trend for smart phones as a share of total sales of phones will continue and it may reach 75 to 80 percent within two years,” said Korec of Slovak Telekom.