SOME photojournalists, after returning from their assignments covering wars, earthquakes and other disasters, cannot forget the faces and the situations they captured via their lenses and look for ways to help those whom they have photographed. One such photographer is Raymond Rutting, a Dutch photojournalist who established the Art of News Foundation in 2006. 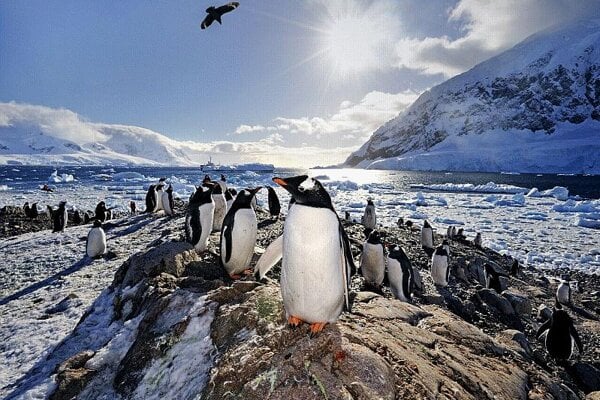 SOME photojournalists, after returning from their assignments covering wars, earthquakes and other disasters, cannot forget the faces and the situations they captured via their lenses and look for ways to help those whom they have photographed. One such photographer is Raymond Rutting, a Dutch photojournalist who established the Art of News Foundation in 2006.

“I had a sort of dream that I wanted to do something more for the people I had in front of my lens over the last twenty years,” Rutting, a staff photographer at De Volkskrant, one of the biggest dailies in the Netherlands, told The Slovak Spectator. “I became more aware of the people in the pictures because the whole media situation in the world has changed.”

Rutting, who has received numerous awards for his photographs, said it is not enough to only take pictures, as it was 20 to 25 years ago, because now everything is moving very fast and much more effort is needed to draw attention and take action. His response was to form the Art of News Foundation. He now gives lectures, publishes books and holds auctions of photographs with the proceeds going to projects co-organised by his foundation and various NGOs. He gave as an example the building of a refuge for sexually-abused women in the Congo.

The foundation is now working on its sixth project and a photo exhibition on display in Bratislava is part of that project. The photo exhibition Poles Apart addresses the issue of climate change and is raising money for the installation of biogas production units for poor families in one of the most underdeveloped areas of India.

Poles Apart is the first project Rutting has done with another photographer, Sacha de Boer, and it is focused on remote areas of the world exposed to extreme weather conditions where temperatures drop well below freezing and where climate change has had a huge impact. Rutting received an assignment from his daily to go to the Antarctic peninsula to make a story about tourism, as the area now draws about 60,000 visitors each year. Rutting wanted to document what has happened with this large number of visitors, what it means for climate change, and what people can understand about climate change while being near the South Pole.

He completed the three-week trip at the end of 2007 and after running the story in the daily and putting a video on its website Rutting wanted to do something more with his photographs.


“I had some ideas about an exhibition and then Sacha called me,” Rutting told The Slovak Spectator.

Sacha de Boer, a news presenter, journalist and photographer working for the Dutch broadcaster NOS, wanted to learn some tricks in using her camera in severe and extremely cold weather as she was preparing for a trip to the North Pole to see how climate change had affected local residents. From that beginning, the pair began thinking about collaborating on a project and giving the funds they raised to a good cause.

De Boer went to the small village of Gjoa Haven in 2008 and National Geographic magazine published her images.

“Climate change interested me,” de Boer told The Slovak Spectator, adding that this is a pressing issue in the Netherlands because melting Arctic ice and rising sea levels pose a huge problem for the country, much of which lies below sea level. “But I was interested in how climate change affected people on the North Pole because they live much of the year on the snow and ice and only for four weeks do they have no snow at all and I was wondering what could happen to them, their lifestyle and how they work.”

De Boer explained that weather conditions are very important for Inuit residents because they are dependent on hunting and if they hunt during poor weather it can be very dangerous, adding that the weather has become much more unpredictable due to climate change and the lives of the Inuit hunters have become very difficult.

Upon her return, de Boer and Rutting started their project to address climate change and decided to help poor families in India to cook their meals in a completely climate-neutral way so as to reduce carbon emissions.

“They normally cook with wood or gasoline and it is very bad for the environment,” Rutting said, adding that since there are a lot of cows in India their waste droppings can be used to make biogas which can then be used as a fuel for cooking.

The project hopes to raise €25,000 to install 100 biogas units for families in the state of Karnataka’s Kolar district, one of the most underdeveloped parts of India.

Rutting and de Boer have been presenting exhibitions and giving lectures across the Netherlands and when these culminate in February 2012 all of their photographs will be auctioned, with the funds going to the Indian biogas project.

The Dutch Embassy in Bratislava was very interested in bringing this exhibition to Slovakia, as one of the newer EU countries, and de Boer and Rutting gave a lecture about their journeys and their work on November 2. The exhibition of photos can be viewed at the KC Dunaj culture centre on Nedbalova Street until November 20.

De Boer said it is very gratifying to contribute to good causes as she and Rutting are doing.

“We both work in the news and we report about people and situations which can be quite grim and this is our way of giving something back,” she said.