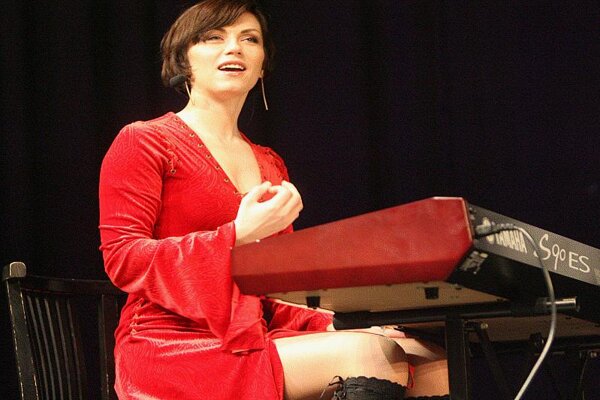 “We try to make jazz more familiar to young people, to remove prejudices and teach students not be afraid of something that is not superficial and shallow,” singer Lucia Lužinská of the project told the TASR newswire. “We want them to realise that there exists an alternative to mainstream music,” added guitar player Boris Čellár. The two co-organisers of the project added that the programme is similar to last year but with some new faces.

This year Thomas Howard Curtis, a jazz musician and multi-percussionist from the US, joined the team that also includes Lužinská, Čellár, Róbert Ragan on double bass and Gregor Ftičiar from Slovenia on piano.

Some additional special guests, along with their instruments that are not traditional for jazz, also performed: violinist Stano Paluch, cymbalist Marcel Komendant and Dávid Hodek, a 14-year-old drummer.

Curtis has had a wide-ranging musical career, playing with US groups such as the Temptations and the Platters in the 1960s. He is currently a professor at the Arts University in Graz, Austria. Čellár met Curtis when he studied in Graz and Curtis subsequently became the percussionist on Čellár’s second album.

The first concert was held in Banská Bystrica on October 10 and then travelled on to Žilina, Bratislava, Trnava and Komárno.

Last year the project expanded further, into the virtual world. That push has continued this year with an e-learning section on the www.jazz.sk website that invites anyone to participate, not just students.

Visitors to the website can compose their own jazz songs, correctly combining the music played by animated characters – a singer and musicians.

A second part of the e-learning site is a multiple choice quiz testing general knowledge about jazz and a third part offers more difficult open-ended questions.

The website started a competition on October 20 that will run until December 6 in which successful students can win various prizes – the grand prize winner will receive a notebook computer with software for composing and adapting music.