Residential property in doldrums while logistics market heats up

The 2008-2009 economic crisis and more recent concerns about the future of the euro and the possibility of another downturn in the global economy have had a significant impact on Slovakia’s real estate market. The average price of residential real estate in most of the country has been decreasing since 2009 and is only now showing the first signs of stabilising, while the building of new warehouse and logistics facilities, after a two-year standstill which brought a record-low occupancy rate, is now clearly on the horizon. 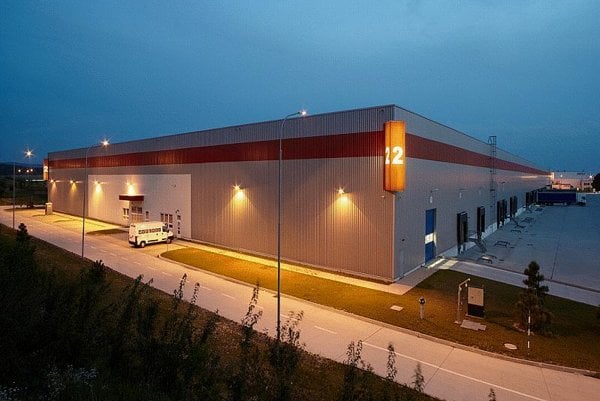 The 2008-2009 economic crisis and more recent concerns about the future of the euro and the possibility of another downturn in the global economy have had a significant impact on Slovakia’s real estate market. The average price of residential real estate in most of the country has been decreasing since 2009 and is only now showing the first signs of stabilising, while the building of new warehouse and logistics facilities, after a two-year standstill which brought a record-low occupancy rate, is now clearly on the horizon.

Players in the real estate market remain quite pessimistic about future developments.

“I certainly see space for a [further] drop in prices, since prices have still not reached the level of 2006,” stated Daniela Danihel Rážová, the director of the Bond Reality real estate agency and the head of Slovakia’s Association of Real Estate Brokers. “Concurrently, there exists a huge risk that with the potential outbreak of a new crisis life in the real estate market could stop again for a while; people would stop buying and prices would decrease further.”

Rážová said current buyers in the market are interested in smaller one, two and three-room apartments for as low a price as possible.

“Potential buyers also show interest in completed new apartments but because of their prices they cannot afford them,” Rážová added, noting that potential buyers now express reservations about the layout of apartments and their quality. “Compared with the pre-crisis period, the difference now is that nothing without a reasonably-set price will be sold.”

“A survey by a Slovak daily has indicated that the layout of apartments in panel houses meet the requirements of the average buyer and that they would welcome more similarly designed new residential projects,” Martin Šumanský, a broker with Re/Max Benard 100 in Spišská Nová Ves told The Slovak Spectator. “I hope that developers and construction companies are grasping this trend and so prepare more projects with starter apartments for first-time buyers.”

Because many newly completed residential projects do not match the requirements of potential buyers because of price or apartment size, many buyers are focusing instead on smaller residential buildings or apartments in older buildings that have a more reasonable price, according to Rážová.
Rážová pointed to the absence of residential real estate that meets the needs of buyers as a potential drag on development of the market in the near future.

“During the time being there is a lot of completed residential real estate but its parameters do not meet the requirements of current buyers,” Rážová said. “The apartments are either too large or too expensive or they are badly designed. My personal opinion is that there is very little in the way of good apartments in new developments.”

Andrej Miko from Re/Max Aureal operating in Senica and its vicinity in western Slovakia added his voice in confirming there is little interest in expensive or over-priced apartments.
“Currently the task of the broker is to properly guide a client when setting a [selling] price for residential real estate,” Miko told The Slovak Spectator, adding that brokers do not always succeed and that results in a failure to sell over-priced real estate.

Logistics facilities on an upswing

After a standstill lasting almost two years, construction of new distribution and warehousing premises has started again in Slovakia. After vacancy rates reached historically low levels, owners and developers of distribution facilities have begun building new premises and are even talking about constructing facilities on a speculative basis, without pre-lease contracts.

“There are huge prospects before Slovakia as [the country has] the lowest vacancy rate within the central and eastern European (CEE) region,” Peter Jánoši, the head of the industrial department at CB Richard Ellis (CBRE), a global provider of corporate and institutional services in the real estate industry, told The Slovak Spectator, adding that demand and supply might potentially increase along with further construction of infrastructure, especially in regions outside Bratislava.

The vacancy rate for industrial facilities in central Europe (the Czech Republic, Hungary, Poland and Slovakia) stood at an average of 11.8 percent for the first half of 2011, Cushman & Wakefield Property Services reported in late August. Vacancy rates between 10 and 12 percent are considered healthy.

“Slovakia with its 2.5 percent vacancy rate represents an absolutely unique situation within Europe,” said Ferdinand Hlobil of Cushman & Wakefield, as quoted in a press release.

CBRE estimated the vacancy rate at the end of June at 4.4 percent, based on a total of 1,040,000 square metres of modern warehouse and distribution premises in Slovakia. Of this amount, 85 percent is in Bratislava and its vicinity.

Martin Šafárik, a consultant on warehouse and industrial space for Colliers International in Slovakia, ascribes the low vacancy rate in Slovakia to the cessation of speculative construction and a focus on built-to-suit projects.

“As we could see after 2008 when the crisis broke out in this sector, companies were rather optimising or winding down their plans,” Šafárik told The Slovak Spectator. “During 2009 and 2010 developers focused on renting out vacant premises and did not start any construction on a speculative basis but they did focus on built-to-suit-projects.”

The historical low vacancy rate for warehouse and logistics space in Slovakia has triggered new construction.

“This construction is taking place in areas which are part of localities that have been developed by development companies,” Šafárik told The Slovak Spectator, adding that some speculative construction can be seen in Malacky where the developer VGP is building a 14,500 square metre hall. “Apart from Bratislava and its vicinity, other regional capitals such as Žilina, Prešov and Košice are getting into [developers’] spotlights.”

Jánoši expects that future prospects will be affected in particular by banks’ willingness to finance these kinds of projects as well as by the courage of developers to respond to possible market demand by building speculatively or partly speculatively. He added that the thinks the current low vacancy rate in Slovakia has stemmed from a drop in lease prices during the crisis.

“The prices of existing premises decreased to a historical low during the crisis years,” Jánoši stated, adding that prices have remained stable for some time. He said prices are slightly higher for new developments in comparison to available space in projects that were built on a speculative basis. The location of the premises, the duration of the lease and the size of the leased space are the three factors that continue to influence the price. Currently, build-to-suit construction prevails, supplemented by sporadic, smaller speculative developments, according to Jánoši.

Prologis, which dominates the Slovak market for leased warehouse premises, is reporting a zero vacancy rate.

“We are fully leased [in Slovakia],” Martin Polák, Prologis’ director for the Czech Republic and Slovakia, told The Slovak Spectator. “Due to the low vacancy rate across the country, we have been focusing on build-to-suit projects this year.”

Polák, who sees the low vacancy rate in Slovakia as exceptional given that the neighbouring countries have vacancy rates of around 10 percent, puts this down to fewer speculative developments here.

“There have been fewer speculative developments compared to other countries in the region and also not all the big players entered the market at the right time, or let’s say soon enough,” said Polák. “Slovakia is a market with little new demand, which is kept in balance by a few dominant and disciplined developers.”

Logistics and warehouse facility experts view Slovakia as occupying a middle position in the central and eastern European market.

Jánoši of CBRE said that Slovakia is about 10 percent cheaper that the Czech Republic for modern warehousing premises close to the capital cities while Poland offers existing premises at better prices than Slovakia.

Polák reported that Prologis parks in the CEE region have generally had a good year in 2011.
“In Poland, for example, Prologis parks signed lease agreements totalling 110,000 square metres in July and August,” he said. “Prologis in the CEE region extended lease agreements totalling more than 300,000 square metres in the second quarter of 2011.”

Prologis currently has three distribution parks with a total area of 387,000 square metres in Slovakia, all of them located around Bratislava (in Senec, Galanta and Nové Mesto nad Váhom), which together represent 36 percent of the Slovak market, according to Polák.

The future of the logistics sector will depend quite significantly on how well Slovakia’s manufacturing firms and their sub-contractors perform in coming months.

“According to our latest information we can expect a decline in production in the automotive industry that would have, similar to 2009, an impact on usage of [logistics] premises by our customers,” said Šafárik. “With regard to this fact we can assume that developers will continue their built-to-suit strategy. However, such a development will be subject to strict financing conditions from banks.”

Experts are predicting a rise in construction sector soon.

“So far this year about 30,000 square metres were built and another space will be finished by the end of the year,” Martin Baláž from Cushman & Wakefield Property Services Slovakia told the Hospodárske Noviny daily in mid-October, noting that in contrast to the pre-crisis period, when new construction was focused in western Slovakia, attention is now being paid to central and eastern Slovakia.

For example, CTP Invest, which operates in Prešov, Trenčín and Žilina Regions, is preparing for construction next year of a 7,000-square-metre warehouse in Prešov, according to Hospodárske Noviny. Immorent Delta, another developer, has also announced the launch of construction of new warehouse premises in Košice.

Experts see forthcoming industrial investments as leading the drive for the construction of new warehouse facilities.

“We see especially high potential in Košice and Žilina,” said Peter Bečár, managing director of PointPark Properties (P3) for the Czech Republic and Slovakia, as he introduced his company’s plans in mid-October. “These are natural logistics hubs.”

PointPark Properties is currently building around 40,000 square metres of industrial property, of which 25,000 square metres will be in PointPark Bratislava, a build-to-suit project for Schnellecke Slovakia located in Lozorno, 25 kilometres from Bratislava. P3 is also building a new 15,000-square metre production hall for two American companies, Washington Penn and Uniform Color Company, in Trnava.

Prologis is currently building 18,126 square metres of additional space for an existing client at Prologis Park Galanta-Gáň (DC4), which it expects to complete in the fourth quarter of 2011. That expansion will bring the DC4 facility to a total of 93,590 square metres of modern warehouse space, making it one of the largest distribution buildings in Slovakia, according to Polák.