Building Singapore in the heart of Europe

When it comes to the most serious ailments afflicting Slovakia's commercial environment, analysts and businesses routinely list an excessive administrative burden, corruption, ineffective public administration bodies and inefficient infrastructure. But now the Economy Ministry says it has found a cure for at least the first of these. 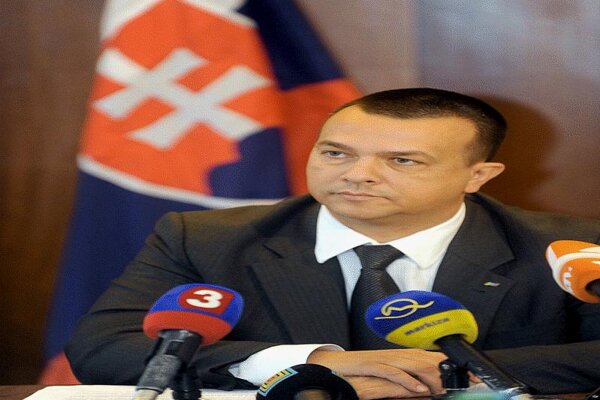 When it comes to the most serious ailments afflicting Slovakia's commercial environment, analysts and businesses routinely list an excessive administrative burden, corruption, ineffective public administration bodies and inefficient infrastructure. But now the Economy Ministry says it has found a cure for at least the first of these.

In early June 2011, Economy Minister Juraj Miškov and Prime Minister Iveta Radičová introduced what became known as Project Singapore, which takes as its inspiration the rapid economic development of the eponymous Asian city-state. The main goal of the project is to improve the commercial environment in Slovakia through 100 measures which are intended to decrease the administrative burden on businesses. Thanks to these measures, Slovakia aims not just to improve its position among the neighbouring countries of central and eastern Europe, but to advance onto the list of the 15 best economies in the world.

“The current government is expending maximum effort to curb the effects of the economic crisis in Slovakia and to help in the creation of new jobs,” Economy Minister Juraj Miškov said. “The best way to do this without deepening the indebtedness of the state is to liberate business in Slovakia and make the country more attractive to investors.”

100 measures to improve the country’s competitiveness

The 2011-12 Global Competitiveness Report, the latest in an annual series published by the World Economic Forum, indicated that compared with 2010 Slovakia had sunk nine places to 69th among the 142 countries monitored. Moreover, Slovakia also slipped five places to 48th out of the 183 countries assessed by the World Bank's latest annual Doing Business report.

Meanwhile, the Institute for Economic Analyses (IHA), part of the Economy Ministry, reported that the total administrative burden on companies operating in Slovakia is estimated to be €1.98 billion, or 3 percent of GDP. The institute identified 180 reporting duties which the state imposes on businesses in Slovakia, and estimated that the total cost of compliance is currently €1.25 billion per year.

The package proposed by the Economy Ministry is designed to ease this burden. It contains several measures, including a simpler process for setting up a firm, simpler construction procedures, better enforcement of claims and simpler administration of taxes and payroll levies. The ministry also plans to shorten the time required to set up a company to two or three days and to reduce the cost to €1.

Though business representatives welcomed the ministry's initiative, they warned of the problems the government could face.

“Slovak businessmen regard the high administrative burden as one of the principal barriers to doing business,” the executive director of the Business Alliance of Slovakia (PAS), Róbert Kičina, told The Slovak Spectator. “I see risks in carrying out the project itself since the tasks of Project Singapore are distributed among several ministries and not all the ministers may make the fulfilment of these tasks their priority to the same degree as the economy minister.”

The Economy Ministry has divided Project Singapore into two phases with the first, pertaining to short-term goals, to be carried out by the end of 2011 in order to improve Slovakia’s assessment by international institutions. The second phase, which includes medium-term goals to be carried out by the first half of 2013, is focused on decreasing the administrative burden by 25 percent and saving companies a total of €100 million a year.

Some of the tasks have already been carried out. The Economy Ministry has shortened the time taken to issue a self-employment certificate, cut the period for listing a new company on the business register, and set a shorter deadline by which the construction authority must decide on whether work on a new building can begin. But businesses say they are yet to feel much benefit.

“We cannot talk about a significant drop in the area of administrative burden,” Kičina said, adding that the results of the measures passed so far will only appear gradually because they do not feature on the day-to-day agenda of companies. “Yet we have to say that the shortening of these periods will save companies time as well as money.”

František Palko from the Economic Policy Institute (IHP), an economic think tank, agrees that at this point it is hard to asses the effect of the measures. However he says that improving the business environment through lowering the administrative burden on businesses is, after the achievement of macro-economic stability and improvement of the enforceability of the law, the best policy with which to encourage firms to set up in Slovakia.

Palko said he recognises that Project Singapore is a global strategy that surpasses departmental boundaries and that it is the first time the government has passed such a comprehensive set of measures to reduce the administrative burden.

But he told The Slovak Spectator that a weakness of the project is that some measures cannot be fulfilled without the adoption of other policies by other departments. As an example, he referred to moves to improve the enforceability of the law which falls under the jurisdiction of the Justice Ministry.

Palko, who previously served as a state secretary at the Ministry of Finance nominated by the Slovak National Party (SNS), stressed that some of the measures would need legislative changes in order to progress. He added that until early elections, which were prompted by the fall of the government in October and will take place in March 2012, these changes will not take place.

Though the current government can still pass some legislation, its failure to win a confidence vote on October 11 means it can no longer pursue legislation with significant economic or social impact.
Kičina also believes that legislative changes can continue only after the appointment of a new government.

“If the government does not remove one of the main barriers to doing business, companies will still have to continue spending some of their money on the unproductive filling-in of forms and visits to administrative offices instead of using it for creative activities and the development of business and employment in Slovakia,” Kičina said.