Slovakia, like other countries in our region, is interested in increasing the influx of foreign investment. An open, pro-export economy with a small domestic market hopes that such investment will bring increased employment, exports, revenues for public budgets, and expertise. In order to increase the influx of foreign investment, the governments of individual countries strive more or less successfully to remove the various obstacles that make it more difficult for foreign investors to enter the market. Most of these governments also offer attractive packages of state support with the aim of stimulating investment in their country. 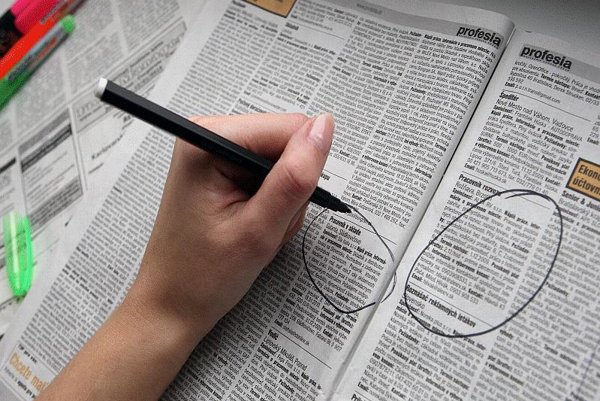 The unemployment rate in the locality in which the investors wish to implement their projects is a significant factor. (Source: Ján Krošlák)
Font size:A-|A+0

Slovakia, like other countries in our region, is interested in increasing the influx of foreign investment. An open, pro-export economy with a small domestic market hopes that such investment will bring increased employment, exports, revenues for public budgets, and expertise. In order to increase the influx of foreign investment, the governments of individual countries strive more or less successfully to remove the various obstacles that make it more difficult for foreign investors to enter the market. Most of these governments also offer attractive packages of state support with the aim of stimulating investment in their country.

To define the optimal rules for the support of investors is not an easy task, and intense competition in luring investment makes it no easier. Searching for ideal rules and guidelines is a long-term process, which is ongoing in Slovakia as it is in other countries. The goals of the most recent amendment to the law on investment aid, which became effective on August 1, 2011, were mainly to make this stimulus available for a wider range of businesses, to channel aid into regions with high rates of unemployment, and to make the scheme more effective.

The range of projects eligible for support has not changed under the amendment. Projects focused on industrial production, technology centres, centres of strategic services and tourism can still apply for investment stimuli. These types of investment have all remained part of the law on investment aid despite debates and shifting competencies between the Economy Ministry and the Ministry of Transport, Construction and Regional Development.

The law on investment aid, which replaced the law on investment stimuli, became effective on January 1, 2008, and since then its wording has changed several times. The first and most significant alteration was a reaction to the economic crisis, and it brought about a reduction in the minimum required investment by 50 percent in the case of industrial products and by 40 percent in the case of tourism projects. This change was only provisional and it ceased to be effective on December 31, 2010.

The economic crisis has also influenced the structure and volume of new incoming investment projects. This effect can be seen, for example, in the ambitions of the potential applicants who contacted the SARIO agency. It has been obvious that investors are more careful and prefer a more conservative approach when establishing themselves on the market – initial investments are lower and their expansion is considered only after some time has passed. The minimum required investments (for example €26.6 million, €13.3 million or €6.65 million) were evidently not achievable for most of these applicants. This situation has put Slovakia at a considerable disadvantage, as those neighbouring countries with whom we traditionally compete had set their investment stimuli policy in a less demanding way, and so Slovakia’s more stringent conditions were limiting for some of the applicants. More important than the issue of whether an investor would choose to apply for stimuli is the outlook for future expansion that a particular country offers.

In order to make investment aid accessible to a wider range of applicants, the amendment markedly reduced the minimum level of investment, not only in the cases of industrial and tourism projects, but also in those of centres of strategic services and technology centres.

Currently, an applicant for aid must, in the case of an industrial project, invest at least €14 million, €7 million or €3.5 million depending on the unemployment rate in the locality in which they wish to implement their project. When compared with the previous period, this means a reduction of almost 50 percent. Due to considerations of consistency - equal conditions for all applicants - the average registered rate of unemployment in the year preceding the year in which the investment plan was filed is taken into consideration. This means that the division of districts into three groups based on amounts of investment changes slightly every year.

A new tool to support industrial projects made by smaller companies is an additional reduction in the required investment by 50 percent in the case that it will be implemented by small- or medium sized businesses. This measure is also in part a reaction to objections from Slovak firms that only large foreign companies can receive the support in practice. In fact local companies were not discriminated against when compared with foreign companies, but it is true that conditions were set in a fashion that favoured bigger companies that had easier access to the required capital.

The amendment in the case of industrial projects, alongside reducing the level of required investment, involved scaling down the required share of production and technology equipment within total eligible costs to 60 percent, 50 percent or 40 percent. An inverse proportion calculus is used in these cases too – the lower the unemployment rate, the higher the required investment and the higher the share of technological equipment that is demanded. This provision is new; before the amendment became effective, a single share of 60 percent was used throughout Slovakia. It should also enable support to be given to less sophisticated projects in regions with high unemployment.

Tourism projects have undergone similar changes. The required investment has been scaled down to €10 million, €5 million and €3 million, and the share of technology equipment to 40 percent and 20 percent.

The amendment has not changed the rules to take into consideration rent, or the structure of possible eligible costs, but it has enabled firms to procure assets from involved or linked persons, although such purchases must be made under market conditions. The amendment also abolished the definition which only included justified production and technology equipment falling under certain chapters of the Single Customs Tariff.

For investors who plan big projects (meaning projects over €50 million), the decision to extend the deadline for the implementation of a project from three to five years is good news.

The amendment has brought no fundamental changes that would significantly speed up the process in practice. The possibility of earlier start on project works can be seen as a positive. The law that an investor cannot begin the implementation of a project before the Economy Ministry or Transport Ministry, in the case of tourism projects, confirms in a written form that there are prospects for meeting the conditions for aid, is still in place. If it is violated the investor loses all entitlement to aid.

In the past, it could take several months to get this certificate, and this often caused problems for investors when planning their activities. The advantage was that by the time they received the opinion of the Economy Ministry, the possibility of getting investment aid was formally communicated with other aid providers: the Finance Ministry and the Labour Ministry. In such instances, the probability of receiving the proffered aid was very high. Under the current legislation, an investor can get the assessment of the Economy Ministry in a shorter time, but the possibility of granting the aid will not be discussed with other providers. Thus, investors must take into account the risk that they might not see the aid approved.

The pre-amended version did not take into account any circumstances which could emerge during a project’s implementation: in the case that the conditions stated in the decision on the support were not fulfilled, the investor had to return all the aid that they had initially received. The amendment explicitly introduced an obligation on receivers to report all changes impacting the implementation of their project. The Economy Ministry evaluates the changes and modifies its decision if it deems it necessary.

In order to channel more investment support into regions with high unemployment, a maximum volume of support is to be set for particular regions of Slovakia within a planned cabinet’s regulation. The regulation plans to divide Slovakia into three sections: eastern, central and western Slovakia, each section having five zones based on rates of unemployment.

The government prefers indirect forms of aid, for example tax relief. A revision to the calculation of income tax relief, which became effective on August 1, introduced a simpler way of calculating it: an investor can claim relief at 80 percent of the income tax of corporate entities. The drawing of tax relief has also been extended from the current five years to ten.

Providing investment aid should help with the development of regions, especially through the effective support of investment with a high potential for job creation. However, financial support for investment is not the only key to increasing the influx of investment and helping regions to develop; continuously improving the business environment as a whole can play a more significant role.