Will the election force Hungarians to cooperate?

NEXT YEAR’S parliamentary elections pose an opportunity for parties that failed to make it into parliament in 2010 to recover their seats and once again have a say in top-level politics. The Hungarian Coalition Party (SMK) has one of the best opportunities to return to parliament, with some recent opinion polls giving it a fair chance of exceeding the 5-percent threshold to enter parliament. But political observers note that ethnic-Hungarian politicians from the SMK and Most-Híd parties, who have been rivals for the past two years, might find it necessary to begin cooperating with each other if they want to win representation in parliament after March. 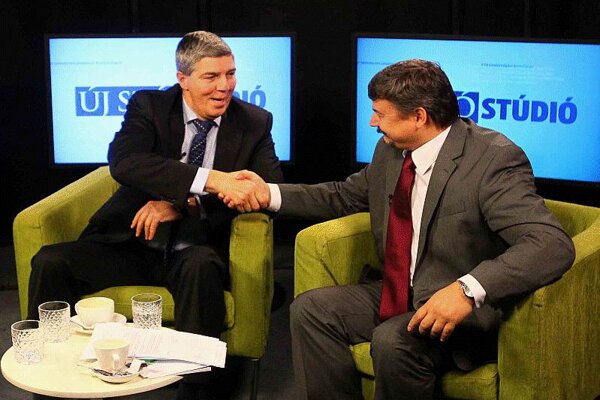 NEXT YEAR’S parliamentary elections pose an opportunity for parties that failed to make it into parliament in 2010 to recover their seats and once again have a say in top-level politics. The Hungarian Coalition Party (SMK) has one of the best opportunities to return to parliament, with some recent opinion polls giving it a fair chance of exceeding the 5-percent threshold to enter parliament. But political observers note that ethnic-Hungarian politicians from the SMK and Most-Híd parties, who have been rivals for the past two years, might find it necessary to begin cooperating with each other if they want to win representation in parliament after March.

The SMK’s comeback, which it has been planning since its failure to enter parliament in the June 2010 elections, might not prove very easy since the votes of ethnic Hungarians in Slovakia are sought by both it and Most-Híd, a party formed in 2009 by Béla Bugár and other SMK members who lost faith in the SMK’s leaders.

Statements about possible cooperation between the two parties before the vote have been coming from both sides but their representatives do not seem to agree on the form it should take. SMK has called for an “equal partnership” while Most-Híd has rejected a pre-election coalition and has only offered slots on its candidate list to SMK members. The two parties will now run in the elections separately.

While voices within the SMK stated they were willing to consider a pre-election coalition with Most-Híd, statements by the leaders of the latter were less welcoming.

Bugár rejected a pre-election coalition with the SMK, saying that doing so would fail to bring any synergy since “over the past two years our efforts to compete peacefully for the trust of voters have been rejected by the SMK”, the SITA newswire reported. But Bugár did not reject all forms of cooperation, stating that Most-Híd’s candidate list remains open to SMK members.

“We don’t want them to be able to set methods, direction, everything, with the SMK being helpful only in attracting more votes to [their] candidate list,” SMK board member Guyula Bárdos told TASR, adding that his party would prefer to talk about programmes and priorities rather than about candidate lists.

Following a meeting of the SMK’s governing council in early November, its chairman József Berényi repeated that his party was ready to hold talks with Most-Híd on forming a coalition for the March elections despite Most-Híd’s earlier rejection of the idea.

Berényi said that the SMK is committed to ensuring that no votes cast by ethnic Hungarians are lost in the election should either of the two parties fail to receive the 5-percent support they would need individually to gain representation in parliament, the TASR newswire wrote.

Most-Híd responded through László Solymos, a member of its presidium, that a formal coalition with SMK is not the kind of cooperation his party is interested in and that Most-Híd’s governing council had specifically turned down such a proposal, TASR wrote.

“But we are not shutting ourselves off from negotiations and discussing ways of cooperation,” Solymos added, as quoted by TASR.

The SMK and Most-Híd have not been on friendly terms since 2009, when Bugár, a former SMK leader, and other colleagues broke away. But political observers say the pre-election period requires a much more tactical and cautious approach by both parties.

A pre-election coalition between Most-Híd and SMK is hard to imagine but for tactical reasons it was not necessary for Most-Híd to issue its rejection quite so early, political analyst Grigorij Mesežnikov told The Slovak Spectator, adding that it could not be ruled out that the SMK might ultimately hold a more commanding position in the lead-up to the elections and in that event Most-Híd might welcome closer cooperation.

Mesežnikov said the SMK is still a relevant player on the Slovak political scene even though it is not currently in parliament, noting that the party has exceeded the 5-percent threshold in several recent opinion polls. He opined that the SMK had slightly shifted more towards ethnic policies after Béla Bugár and others around him left SMK to establish Most-Híd.

“But it [SMK] is still a normal party when it comes to observing the principles of the rule of law and for Slovak democrats it is still an acceptable partner,” Mesežnikov told The Slovak Spectator, adding that this is so even though there are individuals within the party who have used what he called “radical rhetoric”.

Most–Híd representatives have continued to stress their openness to cooperation along with their aim to bring Slovaks, Hungarians and members of other minorities together under one political banner. The party has slated several Slovaks on its candidate list. These include Rudolf Chmel, the Deputy Prime Minister for National Minorities and Human Rights, Ivan Švejna, who resigned from a post in the Transport Ministry in 2010 after controversy involving the Hayek Consulting company that he had previously co-owned, and Andrej Hrnčiar, the mayor of Martin in central Slovakia. In 2010 four members of the Civic Conservative Party (OKS) entered parliament on the Most-Híd slate but this year the OKS has split apart over the parliamentary vote on the EU bailout mechanism and only František Šebej, who voted in favour of the bailout and supported the government, got a position on the Most-Híd slate.

SMK and Most-Híd have the potential to win about 12 percent of all votes, Mesežnikov believes, noting that is how many votes SMK received in 2006 and that was the combined result for the two parties in 2010.

“That is something the Hungarian politicians should take into consideration when deciding upon cooperation and election tactics,” Mesežnikov stated.