MBA. This abbreviation, standing for Master of Business Administration, is one of the top globally recognised qualifications for managers who aspire to work in leading positions. Slovaks do not need to travel very far to obtain the title now that a number of schools offer a MBA programme in Slovakia or nearby. That their number has grown suggests increasing interest in MBAs. But job applicants should recognise that having an MBA can carry rather less cachet than it does abroad. 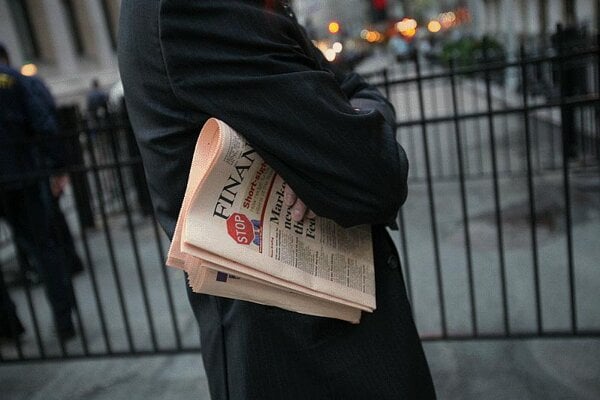 MBA. This abbreviation, standing for Master of Business Administration, is one of the top globally recognised qualifications for managers who aspire to work in leading positions. Slovaks do not need to travel very far to obtain the title now that a number of schools offer a MBA programme in Slovakia or nearby. That their number has grown suggests increasing interest in MBAs. But job applicants should recognise that having an MBA can carry rather less cachet than it does abroad.

“Based on my experience, it does not matter whether a candidate does or does not have an MBA, at least in the case of Slovak employers,” Mariana Turanová, managing partner of Target Executive Search in Slovakia, told The Slovak Spectator. “This is different for foreign employers, who look rather differently on MBAs. We have two different groups: those for which an MBA is actually a must, which means that if a candidate does not have one it is a great disadvantage for them. And then there are those who do not care. In this case, experience and personality decide.”

According to Turanová, managers who have studied for an MBA can be expected to have certain habits and a certain approach to solving problems which is common in foreign corporations.


“This is the advantage which clients see,” said Turanová. “They do not need to teach them the corporate culture; they integrate into the existing communication and process matrix very quickly.”

While a range of schools offer MBA programmes, Turanová believes that the school at which a manager has obtained their MBA makes a difference.

“The rankings of schools offering MBA programmes are not published annually for nothing,” she said. “In our region, Vienna University (WU) and its MBA programmes have a very good reputation.”

Studying for an MBA

All of them provide MBA programmes in cooperation with foreign schools.

“So far Slovaks were most interested in the professional MBA programmes with specialisations in 10 branches,” Kospach told The Slovak Spectator, adding that this is because for many of them the mix of the classical MBA study and specialisations in specific fields – marketing, finance and audit, health-care management, and others – is the optimal solution.”

Kospach listed the advantages and benefits which a professional MBA can bring, and said that apart from gaining knowledge in management closely connected with practice, MBA study can create a network of contacts. In specialised MBA programmes those attending get to meet colleagues with similar experience from a wide range of sectors.

Kospach hopes that, based on the growing number of enquiries, the number of Slovaks studying at WU Executive Academy will increase.

The 20-month programme, conducted in English, consists of 10 modules, Zuzana Tekelová from Bratislava Business School told The Slovak Spectator. Admission requirements include higher education to at least bachelor’s level, knowledge of English (TOEFL and IELTS certificates) and two reference letters. Experience in the field of management is also considered an advantage.

The latest programme opened in October, and the school now has two 10-member groups. The price for the whole programme is €10,000.

Vysoká škola manažmentu/City University of Seattle has been offering an MBA programme for longer, and its MBA graduates now number 854, Branislav Zlocha, the school’s director of marketing and development, told The Slovak Spectator.

“The interest in the MBA programmes reflects the difficulty of studying in English,” said Zlocha, adding that since the school also offers bachelor’s degrees in English, several students have advanced to its MBA programme after completing their bachelor’s. “It would help the MBA programme if it were recognised by law as a fully-fledged second degree of university education, something which is not currently the case.”

The MBA programme lasts less than two years and consists of 16 subjects. Students can select from weekend or online forms of study. The price for the whole programme is €10,160, and graduates receive a degree granted by the City University of Seattle.

A newcomer to the MBA programmes offered in Slovakia is BIBS, which decided, based on the number of Slovak students travelling to Brno to attend its MBA programme there, to launch a branch in Bratislava this autumn.

As Alena Hanzelková from BIBS told The Slovak Spectator, its MBA programme is one of the biggest and most successful in the Czech Republic. More than 400 Czechs and Slovaks are currently attending its MBA programmes, and over 800 students have graduated from them since 1998.

The programme in Bratislava is the same as that offered in the Czech Republic. It focuses on strategic management and is accredited by Britain’s Nottingham Trent University. Lectures are held in Czech or Slovak, while in the second year students produce their written work and theses in English. BIBS counts the combination of Czech/Slovak and English as one of its advantages, since it allows students whose knowledge of English is not high enough to allow full discussion at lectures to improve their language skills during their studies.

“The need for a professional MBA Automotive Industry programme resulted from a survey amongst automotive companies and their managers,” Ján Lešinský, the academic director of MBA studies at STU, told Sme. “There is a high number of possibilities to get this title, but mostly with the focus on economics. This project, which runs in cooperation with the Vienna University of Technology and the Slovak University of Technology, has the support of Slovak and Austrian automotive companies.”

“Our MBA programme is the only one which also comprises Slovak know-how; others are licensed by European or US universities,” said Lešinský.