THE SECOND Žilina Towers Sky Run, a Slovak championship in running up 375 stairs covering 23 floors, attracted some of the world’s best athletes on October 15. 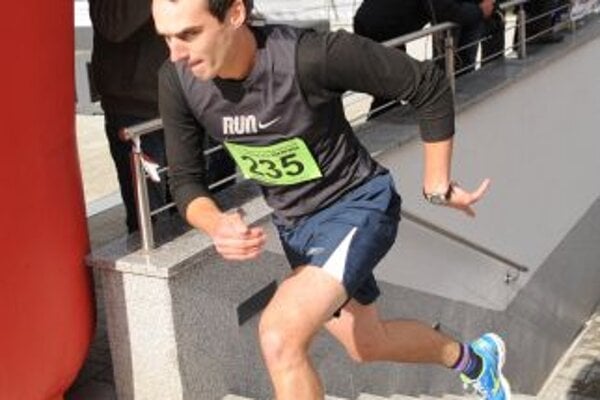 THE SECOND Žilina Towers Sky Run, a Slovak championship in running up 375 stairs covering 23 floors, attracted some of the world’s best athletes on October 15.

Tomáš Čelko, the main organiser of the race, told the TASR newswire that competitors from Germany, Austria, Italy, Poland, the Czech Republic, France, and Spain attended the race. He said that last year about 250 people ran up the stairs to the Žilina Amphitheatre near the park at Bôrik. This year about 150 runners competed in several categories, from professionals to pranksters, joined by several Slovak celebrities from TV, radio, and politics who pitted their speed against well-trained athletes.

The fastest runner this year was Pavel Holec from the Czech Republic with a time of 1 minute 38.6 seconds followed by a new Slovak champion, Lubomír Calpaš, who finished second. The best woman competitor was Katka Dolinajová with a time of 2 minutes 39.6 seconds. Several athletes from other disciplines also competed, such as national canoeing champion Matej Beňuš who finished in 15th place.

Several other kinds of competitions completed the day’s events such as a world championship in squatting and exhibitions of rope-walking and freestyle bicycling. The organisers, the Salora Climbers’ Club and the Horedole (Up-and-Down) association, even offered a Masquerade Run in which the racers chose the person with the best mask.