If we look under the lid of the Slovak solar power sector, the law generally provides very appealing conditions for solar business development. Advantageous purchase prices for photovoltaic (PV) energy production guaranteed for 15 years, the mandatory connection of PV sources to the national grid and the mandatory use of all PV energy produced, all lure investors into bringing sunnier days to their businesses. 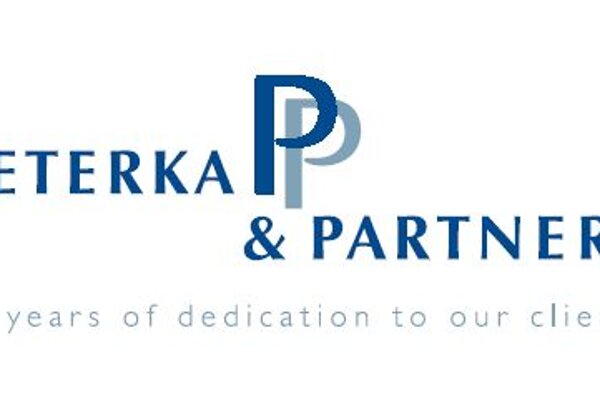 If we look under the lid of the Slovak solar power sector, the law generally provides very appealing conditions for solar business development. Advantageous purchase prices for photovoltaic (PV) energy production guaranteed for 15 years, the mandatory connection of PV sources to the national grid and the mandatory use of all PV energy produced, all lure investors into bringing sunnier days to their businesses.

When speaking of advantageous prices, the original price of €448.10 per MWh for PV systems that applied after 1 September 2009 has been changed several times. Unfortunately for investors, since then, prices have generally decreased. The price since 1 July 2011 has been €259.17 per MWh, which is about a 42 percent decrease in a year and a half. When looking at the prices of other major RSOs, there has been almost no change. Still, this 42 percent decrease cannot be seen only as an attempt to disadvantage PV. No other RSOs experienced so significant a fall in the required input investments as PV sources did. So it cannot be easily concluded that the actual profitability of PV systems also dropped by 42 percent.

Needless to say, many Slovak investors rushed projects so that their PV systems could be put into operation before 1 July 2011. As audits of the Slovak distribution network later discovered, about 10 percent of all these projects had been officially completed despite the fact that they did not meet all required conditions. But is the price factor the only reason one risks criminal prosecutionwhen trying to complete a PV project in time? Theremust be other reasons, and in fact there are several, much more significant ones.

First, it is not just the price tag that has changed. Back in 2009 the price of €448.10 per MWh applied to all solar energy produced. In 2010 there was a slight difference between the prices of PV energy depending on the actual power of the system. In the first half of 2011 installation locations also affected the price (installations on roofs or on the ground). Suddenly, after 1 July 2011 the power of the system and the location of the installation not only affect the price but actually determine it. The current price of €259.17 per MWh applies only to systems up to 100kW of total power which are installed on roofs. Taking into account these restrictions, it is not completely out of the question to think that relevant business support for PV systems has just been thrown overboard.

Second, pricing has developed against a legal background that has also changed. The Energy Act regulates some major issues that must be taken into consideration when starting a PV business. In particular there is the question of the compliance certificate of the project with Slovakia’s long-term strategy, which is to build a PV power plant of certain power. What is important is that various authorities (for example, energy distributors and the central operator of networks - SEPS) must give their consent before the certificate is finally issued. Still, PV projects of 999KW may have been implemented without the certificate.

The unexpected boom (more a big bang) of PV has arguably brought more electricity into the network that can be tolerated (by SEPS). SEPS, as the authority responsible for balancing production and consumption in the network, stated that the enormous increase of PV installed powermay threaten this balance. SEPS’ wake-up call was indeed answered. There was a need to render PV energy less attractive for investors. It was necessary to change the rules and limit the number of projects entering the network. This has been done by lowering the bar of maximum project power needed to fall into Slovakia’s long-term strategy and evaluation process. Originally, as already mentioned, installations with maximum power of 999kW did not need any certificates of compliance with long-term strategy. Now, it is only rooftop installations not exceeding 100kWof power that are excluded. For any bigger PV plant that would need a certificate, neither SEPS nor the regional distributors of energy will now give any project approval (but theoretically, who would want to build a bigger project when the advantageous taking prices apply only to rooftop projects with a maximum 100kW of power).

To conclude, it is not possible now to charge advantageous prices for PV energy for projects greater than 100kW which have been put into operation since 1 July 2011. Moreover, it is not even possible to build a PV plant greater than 100kW. Smaller projects may still be considered, on the other hand, unless they are installed on rooftops, but there are no pricing advantages. The half-time result? Household PV Installations 1, Business Projects 0.

What will happen after the break? SEPS will be evaluating the effects of PV energy production on the distribution network in 2012 and will decide whether the risk associated with PV production can threaten the balance of the network. Even if the project approval process is restarted it would, as always, not only be a question of how much PV energy the network can support, but also a question of how much the price will be.

According to the latest resolution of the Slovak regulation office the purchase price of PV energy for the next year is €194.54 per MWh. As it is now, this price only applies to systems installed on rooftops not greater than 100kW. The Slovak parliament is also now considering lowering the 100kW bar to 10kW. Additionally, based on the information made public by Juraj Miskov, the Slovak Minister of Economy, the currently installed capacity of PV sources is 480MW. The target for PV sources was 300MW by 2020. That being said, it seems implausible that the major PV business may be reignited after SEPS evaluates PV’s effects on the national grid in 2012.

This article is of an informative nature only and under no account can it be considered to be a legal opinion.
Should you need any further information on the issues addressed in this article, please contact our Law Office PETERKA & PARTNERS, Tel. +421 2 544 18 700; E-mail: office@peterkapartners.sk; www.peterkapartners.com

Founded in 2000, PETERKA & PARTNERS has grown into a full-service law firm with 85 lawyers and seventh offices in Prague, Bratislava, Kyiv, Sofia, Moscow, Bucharest and Warsaw and has built up a highly regarded practice within the CEE region.

PETERKA & PARTNERS has been consistently ranked among the best practices in the leading publications on the legal servicesmarket, such as Chambers, Legal500 and IFLR1000.