ECONOMIC analysts announced in March that Slovakia’s labour market seemed to have emerged from the worst days of the economic downturn, and offered rosier predictions for job growth through the remainder of 2011. Eight months later, such prognostications are a distant memory as Slovakia’s major trading partners struggle to maintain economic growth. The Finance Ministry’s Financial Policy Institute wrote in early November that Slovakia’s predicted 1.7-percent growth in GDP next year will not generate many new private sector jobs and that additional layoffs are expected in the public sector as well as at state-run railway companies in order to trim the state’s budget deficit. 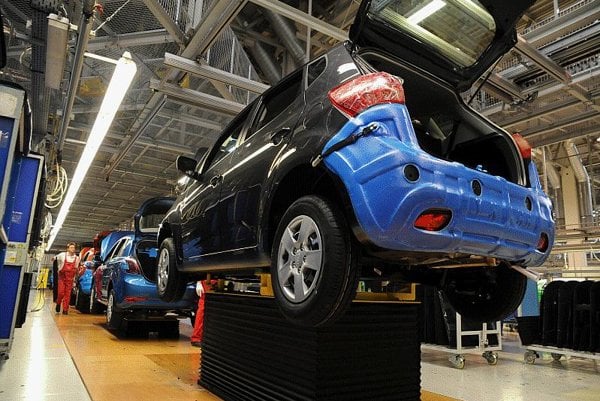 ECONOMIC analysts announced in March that Slovakia’s labour market seemed to have emerged from the worst days of the economic downturn, and offered rosier predictions for job growth through the remainder of 2011. Eight months later, such prognostications are a distant memory as Slovakia’s major trading partners struggle to maintain economic growth. The Finance Ministry’s Financial Policy Institute wrote in early November that Slovakia’s predicted 1.7-percent growth in GDP next year will not generate many new private sector jobs and that additional layoffs are expected in the public sector as well as at state-run railway companies in order to trim the state’s budget deficit.

Slovakia’s jobless rate in October was 13.29 percent, 0.08 percentage point less than the previous month. This means that 354,643 people are immediately ready to accept a job but cannot find one, the Labour, Social Affairs and Family Centre (ÚPSVaR) reported on November 21. If the unemployment rate is calculated based on the total number of jobless persons (390,125), which includes those not immediately ready to accept work, such as people on sick leave, maternity leave or living abroad, then Slovakia’s unemployment is 14.62 percent.

Unemployment is not a problem only in Slovakia: many of the world’s developed economies have been unable to reduce unemployment to the levels that existed prior to the 2008 financial and economic crisis. There were 44.8 million unemployed people in OECD countries in September, 1.6 million less than in September 2010 but 10.8 million more than in September 2008, the SITA newswire reported.

In interpreting Slovakia’s latest employment figures, Ivan Juráš, the head of ÚPSVaR, saw a certain degree of stabilisation in the labour market, reporting that growth in unemployment had ceased and a slight drop in the unemployment rate was recorded while adding that 30,500 jobseekers were removed from labour offices’ lists in October and over 19,000 of these individuals had found permanent jobs.

The main reason for the slight improvement was increased interest by employers in hiring people for regular full-time jobs after the revised Labour Code took effect, which has made hiring and firing employees easier, Juráš stated.

Viliam Páleník, the head of the Employment Institute think tank, told The Slovak Spectator that even though he believes the revised Labour Code helps the labour market, it is difficult to estimate the number of jobs that might flow from the legislative changes.

“Employers are sometimes simply reluctant to hire an employee for an indefinite time because they feel that they might have difficulty – harshly said – to get rid of that person if the company sees its orders dropping,” Páleník stated. “In the crisis it is understandable that many businesses are reluctant to hire new people for such a psychological reason.”

Juráš commented that the changes in the labour legislation make sense and then listed several places where new jobs have been created: at the Belgian-owned company LVD in Tornaľa in Banská Bystrica Region; at the Gelnica company, which operates from an industrial park in Košice Region; and at the Kia automobile assembly plant in Žilina Region, which has begun a three-shift workday, the SITA newswire reported.

Dávid Dereník, an analyst with UniCredit Bank Slovakia believes that after adjusting the October employment figures for seasonal influences, the unemployment rate has continued to grow.

“This year the seasonal influences were not as strong as during past years and after extracting the normal seasonal influences, unemployment is still growing,” he stated, adding that seasonal influences in October mainly include the regular outflow of September graduates from those registered as unemployed as well as short-term hires by firms for pre-Christmas production.

Dereník added that in past years the number of jobless school-leavers dropped in October by around 1,000 but this year their numbers fell by only 300, which he said indicates that that this year’s graduates are having a more difficult time finding employment.

Páleník believes the growing number of unemployed graduates is a very serious problem in Slovakia.

“The government finances [students’] education but does not pursue a balance between the kinds of education provided and the needs of the labour market,” Páleník said. “It is as though the government relies on the market to arrange this.”

The labour market does perform this function, Páleník continued, while adding that the natural process can take several generations and that he believes the Slovak government can speed the process up by adjusting its policies and financial support to nurture the training of experts in academic fields that the market lacks, rather than churning out graduates who cannot find employment. He suggests that the government should differentiate its education financing based on the needs of the labour market.

The European debt crisis is beginning to take a toll on the labour market, Dereník said, and in the near future more people will register as unemployed at labour offices than will find jobs and leave the registry. He noted that there also will be seasonal influences in December and January as more farmers and agriculture workers register as unemployed.

Dereník believes that by the end of the year the unemployment rate calculated by ÚPSVaR will surpass 13.5 percent.

“An eventual drop in unemployment is not yet in sight but we expect that growth in unemployment will slow down next year,” Dereník added. An unemployment rate of 13.5 percent is also expected by analyst Eva Sadovská from Poštová Banka.

“A second important factor is [Slovakia’s] economic policies and our active labour market policies, which in my opinion are inappropriate and ineffective,” Páleník stated. “A third factor that we can directly influence is drawing of EU funds, which adds to domestic demand and helps domestic employment.”