WHILE Slovakia’s position in the market for hosting data centres has not been very significant to date, companies engaged in this field are now seeing some potential for development. Following in the footsteps of Slovak Telekom, alternative telecom company GTS Slovakia opened a data centre in Bratislava in late November, and data centre projects by other companies are also in the pipeline. 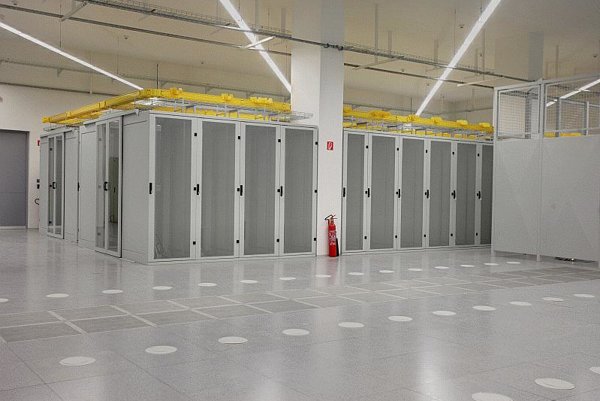 WHILE Slovakia’s position in the market for hosting data centres has not been very significant to date, companies engaged in this field are now seeing some potential for development. Following in the footsteps of Slovak Telekom, alternative telecom company GTS Slovakia opened a data centre in Bratislava in late November, and data centre projects by other companies are also in the pipeline.

The launch of the data centre is GTS Slovakia's biggest project and largest investment this year. As Molčan explained, the company and its shareholders had been looking for opportunities to expand, bearing in mind the limited space for growth in the saturated Slovak telecom market.

“We were looking for opportunities to grow,” said Molčan. “Based on demand from our customers and the results of surveys we saw an opportunity and trends in the field of building and operating data centres.”

The data centre contains over 3,000 square metres of space; its two data halls occupy 1,100 square metres of this. GTS Slovakia did not reveal exactly how much it had invested in the project, but a similar data centre which Slovak Telekom launched in June this year reportedly cost more than €15 million. Both centres meet Tier III standards, as set by the Uptime Institute, while some components meet Tier IV standards.

Juraj Eliáš, technical director at GTS Slovakia, explained that with Tier III the centre’s downtime is limited to 1.6 hours per year, while with Tier IV it is 0.8 hours. He added that when designing a data centre there is always a trade-off between what is affordable and what makes sense for its secure operation. He said that Tier III is a reasonable standard, but that it is worth designing some critical infrastructure to meet Tier IV standards, as was the case for GTS Slovakia’s data centre.

Molčan stressed that in general data centres offer comprehensive solutions in terms of energy consumption and related costs like cooling, telecommunications infrastructure and security, as well as personnel, when compared to IT solutions that companies can afford to implement in-house.

According to Molčan, prospects for the development and operation of new data centres in Slovakia are limited as potential clients for data centres are mostly based in Prague and Warsaw, while Bratislava is not generally a location for large companies’ headquarters. This is also reflected in the limited scope of companies active in this field of business. Moreover, clients are still not fully used to the idea of committing data to remote centres, even though this situation is improving year by year. However, the expected opening of new data centres by Vnet and Datahouse, as reported by the Trend weekly, indicates that companies do see this sector as having potential in Slovakia.