Collective shopping catches on in Slovakia

A YEAR ago almost nobody in Slovakia had any clue what collective shopping was. Now there are dozens of internet portals offering discount vouchers for goods and services that can be activated when there is sufficient interest from customers. As with other trends, this one arrived in Slovakia from abroad. And in line with Slovaks’ reputation as price-sensitive customers, this way of buying goods and services – known in Slovakia as discount portals – has become popular. 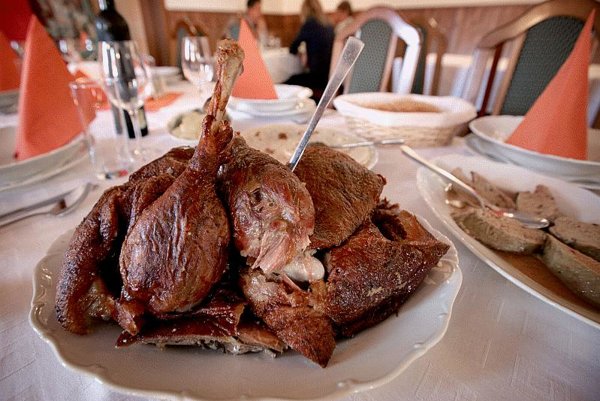 A YEAR ago almost nobody in Slovakia had any clue what collective shopping was. Now there are dozens of internet portals offering discount vouchers for goods and services that can be activated when there is sufficient interest from customers. As with other trends, this one arrived in Slovakia from abroad. And in line with Slovaks’ reputation as price-sensitive customers, this way of buying goods and services – known in Slovakia as discount portals – has become popular.

“Discount portals run on the principle of collective shopping and serve to connect people for the purpose of joint shopping,” Jozef Dvorský, the executive director of the Slovak Association of Electronic Commerce (SAEC), told The Slovak Spectator. “This way they get significant discounts from retailers or suppliers of services.”

The portals – sometimes also known as deal-of-the-day sites – offer a high discount amounting to tens of percents off the original price, providing enough customers show an interest in buying the goods or service on offer. The system works by allowing potential customers to buy a discount voucher via the portal, which becomes valid when enough other shoppers do the same. In Slovakia the limit required to activate the discount is relatively low – usually between five and fifteen vouchers.

“The principle of large purchases of services or goods is nothing new worldwide,” said Dvorský. “In the past, only large traders had access to such bulk discounts. The internet and the latest trends have changed this situation. Now people can join via such portals and thus get significant discounts.”

According to Dvorský, like almost everything in the world of the internet, this scheme arrived from the US. The first such portals emerged in the US in 2004, when the server woot.com started to offer one electronic product with a significant discount on a daily basis. But the breakthrough arrived only in 2008, when US firm Groupon started to offer a significant discount for various services every day. The concept quickly spread worldwide, reaching Slovakia two years later.

Zdenko Hoschek, from one of the most popular collective shopping portals in Slovakia, ZlavaDna.sk, sees such portals as a way to build brand awareness. His portal records 30,000 visits a day and sends emails to 100,000 potential purchasers, while communicating with another 30,000 daily via Facebook.

“New facilities in particular appreciate the opportunity to address such a large group of people, to convey information about themselves and to gain visibility in an original way,” said Hoschek, adding that established businesses also welcome the chance to remind people of their brand or to fill under-utilised capacity. “Clients appreciate the fact that this concept does not require any initial investment and that the effect is almost immediate.”

In terms of the websites’ consumer appeal, Hoschek stressed the advantage of getting goods or services at significantly discounted prices which would not be available under any other circumstances.

“The Slovak customer does not differ significantly from others,” Kamil Demuth from the price-comparison portal www.heureka.cz, which is also active in Slovakia, told The Slovak Spectator. “The growth of the collective shopping market has been slowing over the last few months, but it is still growing and finding regular clients. In this respect we do not register any big difference from similar markets in neighbouring countries.”

The collective shopping portals represent the latest innovation in the online shopping market.

“The market for internet shops is overcrowded and thus the attention of businesses operating via the internet is focusing on discount portals,” said Dvorský. “We estimate that there exist several tens of such portals in Slovakia.”

The most popular include ZlavaDna.sk, Zlavomat.sk, and Podcenu.sk. Other websites have already emerged that aggregate deals from other collective shopping portals, helping customers access even better offers.

According to Hoschek, there are now a large number of portals fighting for the attention of customers and the chances of smaller portals breaking through are poor. He suggested that this might lead to consolidation of the market via acquisitions, and pointed to the integration of ZlavaDna.sk with the collective shopping portal of the Zoznam.sk group. ZlavaDna.sk is also eyeing the neighbouring market in the Czech Republic, where it launched its Czech arm, SlevaDne.cz, on November 15.

ZlavaDna.sk has served 80,000 buyers during the first year of its operation and Hoschek said it has saved customers more than €8 million. The portal sells about 60,000 vouchers every month. It cooperates with businesses in 10 Slovak towns, offering deals in areas like gastronomy, beauty, leisure, health and many others. ZlavaDna.sk portal’s business providers are mostly small and medium-sized companies. Most of them are already established companies, though new firms make up about one third. Hoschek listed among his company’s most important partners the Slovak National Theatre, Aquacity Poprad, Pizza Mizza, Tuli, Forbes, Subway and Playboy.

In general, collective shopping portals in Slovakia mainly offer deals in restaurants, beauty salons and gyms, as well as stays in hotels and pensions and other activities or events. Discounts can be as high as 95 percent.

With regards to customer assurance, Demuth sees collective shopping portals as being similar to online shops in general.

“It is similar to selecting online shops,” said Demuth. “[Consumers] should always try to find out as much information as possible about the trustworthiness of the portal as well as the provider of the service.”

This includes getting information from other sources, reading the responses of customers, and searching for information on other websites.

“Joining consumers into large groups via discount portals is certainly one of the most visible trends in online shopping,” said Dvorský.

Demuth believes that arrival of a global player may change developments in the collective shopping sector and thus change the general conditions in the market. With regards to portals, Demuth expects them to spread deeper into Slovakia’s regions, while improving their range, first in terms of services and later in terms of goods.

Hoschek of ZlavaDna.sk says the course of future developments is unclear.

“With regards to the future of the whole field it is really difficult to make any predictions,” he said. “But experience from abroad shows that this concept manages to be sustainable over the long term.”