Christmas spending may rise a little

HOW deep will Slovaks reach into their pockets for Christmas this year? It is a question asked by retailers at this time every year but the answer is even more difficult to fathom in 2011 as what has been called ‘depression from recession’ is making Slovak households behave much more cautiously. Estimates made by several researchers indicate that Slovaks may spend a bit more this year despite the difficult economic situation but that it is very unlikely that Slovaks will borrow money for Christmas purchases, preferring to tap into savings if necessary. 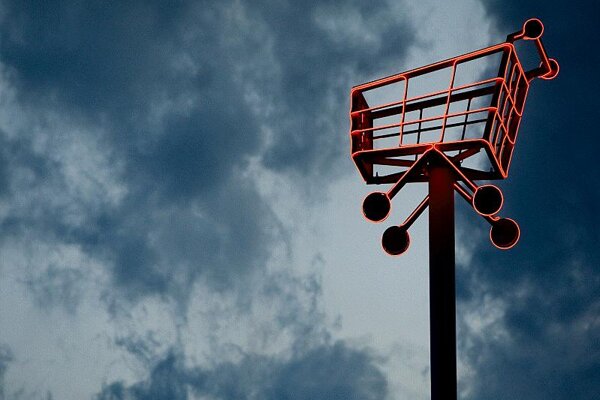 HOW deep will Slovaks reach into their pockets for Christmas this year? It is a question asked by retailers at this time every year but the answer is even more difficult to fathom in 2011 as what has been called ‘depression from recession’ is making Slovak households behave much more cautiously. Estimates made by several researchers indicate that Slovaks may spend a bit more this year despite the difficult economic situation but that it is very unlikely that Slovaks will borrow money for Christmas purchases, preferring to tap into savings if necessary.

The annual consumer survey of Christmas spending prepared by Deloitte Consulting reported that Slovaks will spend 6.6 percent more this Christmas season compared to last. The survey found that the average Slovak household will spend €437 on Christmas gifts, food and socialising, less than half of the €943 that the average Irish household plans to spend. But the Irish lead Europe in this particular field and will splurge nearly three times as much as the €319 that Greek households plan to spend this year. According to the survey the most frugal Europeans will be the Dutch, who are expected to spend an average of only €260 per household. The survey’s prediction for households in the Czech Republic is €507 and the average European household’s planned Christmas spending is €587. The Deloitte survey involved 18,500 respondents in 18 countries and was conducted during the second and third week in September.

“Slovaks are prudent this year but the zest to enjoy festivities remains strong,” said Adham Hafoudh from Deloitte Slovensko. “In spite of negative expectations for future economic developments in Europe, Slovak consumers perceive their purchasing power as quite stable.”

The survey reported that each Slovak family will spend €289 on gifts, €121 on food and €27 on social spending.

Deloitte reported that more than 80 percent of Slovaks will purchase ‘useful’ gifts, as the wish lists of Slovaks are topped by books, cosmetics, perfumes and clothing. Most Slovaks do not plan to do their shopping at post-Christmas sales as do 65 percent of the Europeans surveyed. But the willingness of nearly all Europeans to go into debt for Christmas purchases is falling, with the survey finding that most purchases will be made with cash (72 percent) or from savings (58 percent) and purchases made on credit will fall from previous years.

The survey found that Slovaks are using the internet more and more for their shopping and now use a combination of internet and bricks-and-mortar shops when making inquiries and comparing goods and prices.

Jozef Dvorský, the executive director of the Slovak Association of Electronic Commerce (SAEC), estimates that the Christmas shopping season, encompassing November and December, can account for as much as one-third of the annual turnover of some internet shops, depending on the range of products they offer.

“We expect that pre-Christmas sales will certainly grow again this year,” Dvorský told The Slovak Spectator. “Of course, the question is whether it will rise as significantly as it did in the past or a bit less. Everything depends on how many Christmas presents customers buy, but the growth in purchases through internet shops will certainly be higher than the growth in purchases in classic bricks-and-mortar shops.”

Home Credit Slovakia, a consumer finance company, is optimistic about Christmas spending in Slovakia. Its telephone survey conducted in September and October showed that Slovak shoppers are less tight-fisted than last year. The survey found that about 31 percent of Slovaks plan to spend €300 or more this year, while only 17 percent said the same last year. The group of shoppers who said they expect to spend less than €300 decreased from 83 percent to 69 percent.

“Moreover, 15 percent of the respondents said that they will spend €500 or more on gifts,” said Michal Kozub, an analyst with Home Credit, as quoted by the SITA newswire. “This is a significant increase compared with last year, when only 2 percent of respondents planned such high spending.”

Kozub added that the final spending by Slovaks may differ from estimates if they surrender to various discounts and shop sales. His company’s survey did confirm the Deloitte findings that fewer Slovaks are willing to go into debt this Christmas. Last year 11 percent of respondents considered taking a loan for Christmas purchases and this year that number fell to 8 percent.

“Slovaks confirmed that they will carefully monitor their Christmas spending and will think carefully about taking on debt,” Kozub stated.

Ľubomír Drahovský, an analyst with the Terno market survey agency, is less optimistic about Slovaks’ spending this Christmas.

“It is very complicated and difficult during current times to estimate one month ahead how much a Slovak family will spend on Christmas shopping and gifts,” Drahovský told public-service broadcaster Slovak Television in reaction to Deloitte’s findings. His guesstimate is that spending by Slovak families will be lower this year than last.

Drahovský expects that Slovaks will again choose ‘useful’ gifts for their relatives, adding that not many gifts will be found under the Christmas trees that do not have some practical value.

“People in the countryside will buy practical gifts for their households – vacuum cleaners, kitchen devices, clothing or footwear,” Drahovský stated, as quoted by the Pravda daily, while adding that people in cities and towns might buy items such as gift vouchers for relaxation stays.

Due to the faltering economic situation and what has been called ‘depression from recession’ Slovak households have started to spend less than originally predicted by the Finance Ministry. Reduced consumer spending is a reaction to high levels of unemployment, increasing prices and people’s concerns about a possible reduction in income, economists say. Some economic analysts are predicting that household consumption in Slovakia for 2011 may record an annual decrease of 0.7 percent, though the Finance Ministry predicted a 0.5-percent increase as recently as June this year.

Retail sales in Slovakia have been showing a negative trend and in September they decreased 0.2 percent month-on-month and 3.7 percent year-on-year, the SITA newswire wrote, citing data released by the Statistics Office on November 7. Even though Slovakia’s retail sales fell less in September month-on-month than in all countries of the eurozone (0.7 percent) and the EU (0.3 percent) the annual drop in Slovakia exceeded the year-on-year fall in the eurozone, 1.5 percent, and across the entire EU, 0.8 percent.

“Development of final consumption is based on employment and average wages,” Vladimír Vaňo, chief analyst with Volksbank Slovensko, stated, as quoted by the Pravda daily. The number of unemployed Slovaks increased in September by 6,500, to over 390,000. Higher prices are also having some impact on purchasing power as overall consumer prices in Slovakia in October were 4.4 percent higher than October last year and prices for transport, food and non-alcoholic beverages, housing, water, electricity, gas and other fuels, and education were 6 percent higher this October than in 2010.

The falling value of the Czech Polish and Hungarian currencies against the euro might also encourage some Slovaks to make their Christmas purchases in shops beyond Slovakia’s borders.