THE ANNUAL Christmas Bazaar hosted by IWCB, the International Women’s Club of Bratislava held at Stará Tržnica, the old market hall in the Slovak capital on November 20, raised a record sum of €88,000. 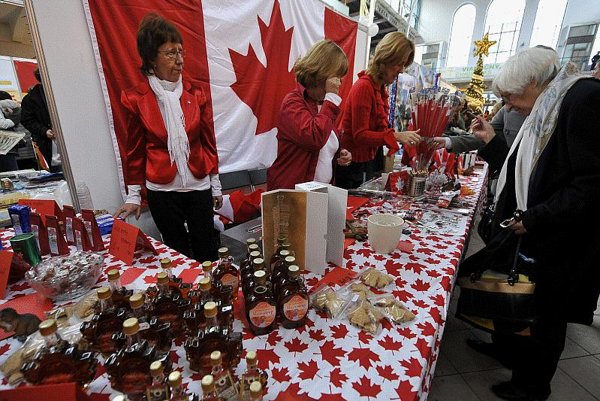 THE ANNUAL Christmas Bazaar hosted by IWCB, the International Women’s Club of Bratislava held at Stará Tržnica, the old market hall in the Slovak capital on November 20, raised a record sum of €88,000.

“In total, 38 countries were represented as well as charity organisations and some additional participants,” Zora Grohoľová of IWCB told the TASR newswire. Participants brought traditional foods as well as symbolic products and souvenirs from their countries that were sold in kiosks with the proceeds from the bazaar being used to help those in need in Slovakia.

The 21st annual bazaar involved countries such as South Korea, Brazil, Israel, France, Spain, Canada, Croatia, Russia and Serbia as well as nearby central European nations. Vietnam, Cyprus and Kuwait participated in the event for the first time and Bulgaria, Switzerland and Benin returned to the event this year, according to the SITA newswire. Five charities, five international schools and partner clubs like the Rotary, the Lions, and the UNHCR also participated.

The IWCB is a non-profit, apolitical and non-religious organisation of women from all over the world who are living in Slovakia and come from the diplomatic and business community, and the Christmas Bazaar is one of its main activities.

Grohoľová told SITA that the club does not give the money it raises to projects but instead donates it directly to recipients. Caroline Highcock, the coordinator of the bazaar, added that all the funds are given to people in need, as evaluated by club’s volunteer members who visit those who request assistance.

Slovakia was represented at the bazaar by the Foreign Ministry.

The Residency Refugee Camp in Rohovce also participated in the bazaar. The asylum-seekers who live there are awaiting residency in Slovakia and come mainly from Afghanistan, Somalia, Pakistan or the Congo. Judit Németh, an employee of the camp, said they made “small boots, small bells, pottery, brooches, and small cushions” to raise money at the bazaar.

Highcock reported that visitors had to queue in SNP Square before entering the bazaar and that even though fewer people came than in 2010, the event raised more money. She added that a visit to the bazaar is like flying around the world in a short span of time while having the opportunity to buy a unique item and also help those in need.