State of emergency declared for 15 hospitals

THE 15 most critical hospitals around Slovakia are working under a state of emergency as of November 29. The cabinet decided to declare the state of emergency for selected hospitals after the plan proposed by Health Minister Ivan Uhliarik, which was supposed to motivate doctors to withdraw their resignation notices and continue working beyond the expiration of their notice period on December 1, failed to have any impact. 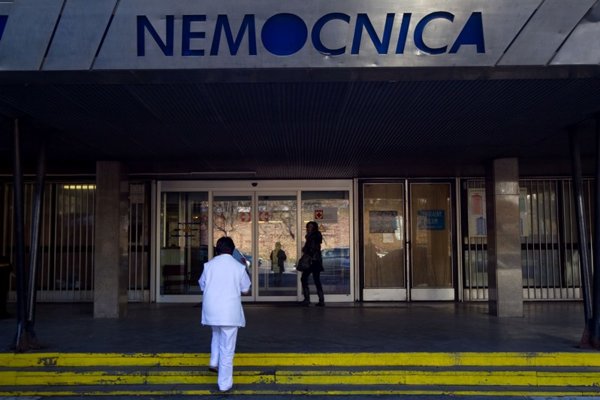 THE 15 most critical hospitals around Slovakia are working under a state of emergency as of November 29. The cabinet decided to declare the state of emergency for selected hospitals after the plan proposed by Health Minister Ivan Uhliarik, which was supposed to motivate doctors to withdraw their resignation notices and continue working beyond the expiration of their notice period on December 1, failed to have any impact.

Around only 40 doctors out of the almost 2,000 who still have their resignations filed withdrew their notices and signed the appendices to their contracts which the minister had ordered state-run hospitals to prepare over the weekend. According to the appendices, the doctors were guaranteed an increase of €300 on average by April 1, 2012.

The increase of salaries for all doctors working in state-run hospitals (regardless of whether they participated in the protest or not) would also be guaranteed in a law which MPs would propose to parliament, Prime Minister Iveta Radičová said on November 28.

“This offer will be precisely defined in parliament to ensure that the promised raise cannot be withdrawn,” President Ivan Gašparovič stated after his meeting with Radičová, as quoted by the TASR newswire.

The hospital in Skalica was the only exception to the general defiance. While on Monday morning it was still classified among the hospitals in the most critical state, by the afternoon all the protesting doctors had withdrawn their resignation notices and the hospital had started working normally again, the Sme daily reported.

The vast majority of the protesting doctors, however, don’t appear to be easy to persuade with any such promises. The situation remains unclear even two days before Slovakia’s hospitals might be left by about 2,000 doctors.

“Due to the fact that we regard the declaration of a state of emergency as a result of the doctors’ carrying out their constitutional right [to go on strike] to be anti-constitutional and unlawful, we will help you call for your rights through international institutions,” the Medical Trade Unions Association (LOZ) wrote on their website for the protesting doctors. LOZ also advises the doctors “who might feel extraordinary stress due to the state of emergency and so work under pressure” to warn their employer about the risks that working under pressure brings for the patient, and to require the employer to sign a statement in which they accept full responsibility (including in front of penal law) for that.

The state of emergency applies to 15 hospitals and according to the prime minister it shouldn’t last more than a week, in most cases only a couple of days.

“The emergency regime will not affect doctors who did not file resignations and work properly in the hospitals,” the ministry wrote in a press statement. “It should only affect those healthcare workers who are under notice period and whose professions are necessary for the proper functioning of the hospital wards.”

Those persons assigned the duty to work by the state of emergency were stripped of the right to strike.

In the course of the events the public has become somewhat hostile towards the doctors. Almost 60 percent of respondents in a public opinion poll conducted by the Polis polling agency on November 26 – 27, 2011 said they disagreed with the protest.

One citizen has even filed a criminal complaint against the LOZ and its head, Marian Kollár, with the General Prosecutors Office. The citizen said she suspects that several crimes were committed on the Slovak citizens including extortion of the state, tyranny of the majority, general threat and spread of panic, and claimed that Kollár is committing violence against citizens and against the order of the state, the TASR newswire reported.