Ancient ossuary to open in summer

AN OSSUARY at St Nicholas’ Church in Trnava will be opened to residents and visitors this coming summer after completing the first five-month phase of its restoration at the beginning of November. 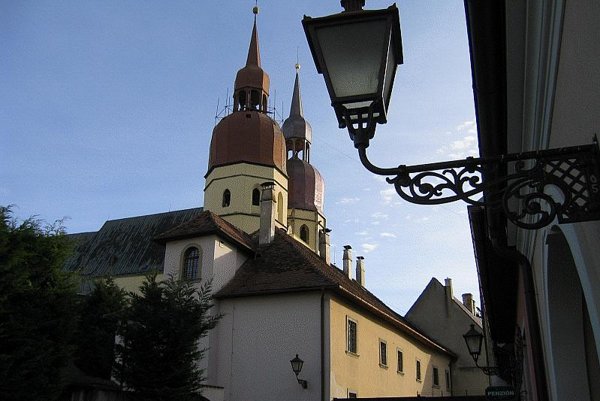 AN OSSUARY at St Nicholas’ Church in Trnava will be opened to residents and visitors this coming summer after completing the first five-month phase of its restoration at the beginning of November.

Pavol Tomašovič, spokesman for the city of Trnava, said the ossuary will be open for visitors during some days during the summer tourism season as well as on holidays such as All Saints’ Day.

The ossuary was uncovered by archaeologists from Trnava University during exploratory works on St Nicholas’ undertaken in 2008. With a diameter of nine metres, the ossuary is the largest structure of its kind discovered in Slovakia. Only two other Romanesque ossuaries are known to exist in Slovakia.

The Trnava ossuary contains remains from an adjacent cemetery behind the Gothic church and likely contains the bones of thousands of ancestors of Trnava’s current residents.

Archaeologists have dug several metres into layers of bones but the total depth of the ossuary is not yet known.

The ossuary, along with a chapel above it, stopped being used sometime around 1360 and then disappeared from view for many centuries.

“The biggest problem during reconstruction was that the masonry started loosening and in some places even fell,” restorer Tomáš Kucman told the TASR newswire, adding that the renovation work was divided into three phases.

In the final phase, the surface had to be plastered so that it was not visually different from the surrounding areas.

Kucman added that additional work had to be undertaken to prevent the disintegration of the ossuary walls, as they were never meant to be exposed to the environment as they were the underground part of the chapel.

A remaining part of the project is to reinforce the walkway to the ossuary, which deteriorated during the restoration works.

The past reconstruction work at the cathedral has been financed by the city of Trnava and Slovakia’s Culture Ministry but Tomašovič said the town hopes that future work that is planned to improve the area behind St Nicholas’ will be financed from EU funds, as the town has no additional resources for this improvement.