TROU DE FER, a documentary by renowned Slovak adventurer and filmmaker Pavol Barabáš, has won a series of awards this autumn at specialised film festivals. On November 24, it started playing in Slovak cinemas. 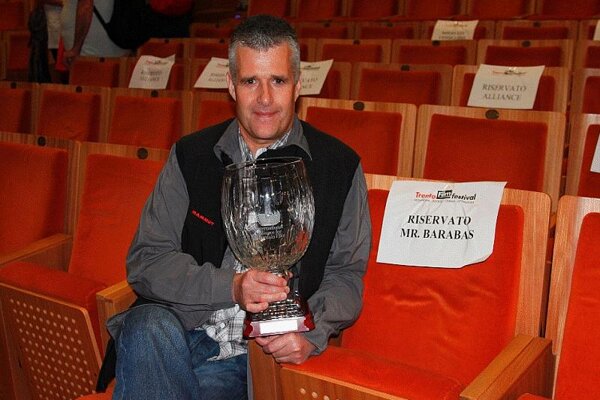 TROU DE FER, a documentary by renowned Slovak adventurer and filmmaker Pavol Barabáš, has won a series of awards this autumn at specialised film festivals. On November 24, it started playing in Slovak cinemas.

The films tells the story of five friends who ventured to a tropical rainforest on the island of Réunion in the Indian Ocean to try to traverse the most difficult gorge in the world, known as the Trou de Fer, or Iron Hole. It premiered at the 7th Polish International Mountain Film Festival in Zakopane at the beginning of September, where it won the Viewers Award, and then received further acclaim at the Mountain Review festival in Ladek Zdroj, also in Poland, in late September, where it won the Viewers Award as well as the Grand Prix ‘for excellent popularisation of mountain activities’.

The most recent award has come from Spain. The prestigious Torello Mountain Film Festival took place between November 11 and 20 and Barabáš’s work received the Silver Edelweiss award for best mountain sports movie. The film premiered in Slovakia at the International Film Festival Bratislava, within the Made in Slovakia Documentaries section. Since November 24 it has been showing at cinemas across the country.