SLOVAKIA sports every kind of tourist attraction except the sea. It has mountains, lakes, and caves as well as a rich cultural heritage, with several locales recognised globally and inscribed in the UNESCO World Heritage list. And it is all-season tourist destination with plenty to offer either in summer or winter. But in spite of this the country has not been able to fully exploit all its advantages. Firms and local organisations active in tourism hope that the recent adoption of a new law on tourism will improve matters. 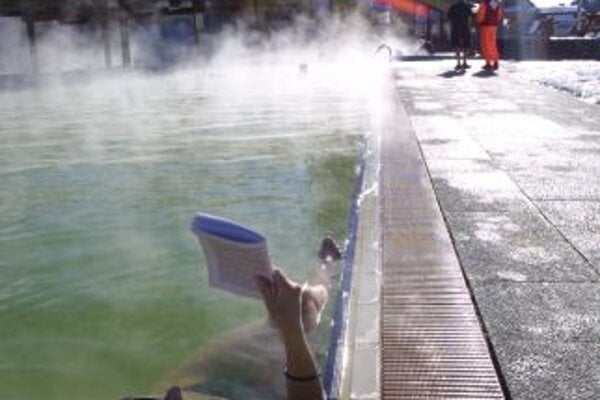 Where shouId I go next? Maybe regions will now cooperate to tell her. (Source: SME)
Font size:A-|A+0

SLOVAKIA sports every kind of tourist attraction except the sea. It has mountains, lakes, and caves as well as a rich cultural heritage, with several locales recognised globally and inscribed in the UNESCO World Heritage list. And it is all-season tourist destination with plenty to offer either in summer or winter. But in spite of this the country has not been able to fully exploit all its advantages. Firms and local organisations active in tourism hope that the recent adoption of a new law on tourism will improve matters.

“This is the best news for tourism for the last 20 years,” Peter Belinský, the director-general of the Slovak Tourist Board (SACR), a state organisation, said in response to the adoption of the revision to the law on support for tourism development, as quoted by the SITA newswire.

SACR believes that the law can be used to develop and revitalise tourism, create competitive products and attract more visitors to Slovakia.

“The law, for the first time in the history of Slovakia, creates a systematic framework for germination and transparent financing of destination management organisations,” Belinský told The Slovak Spectator. “It motivates private and public entities in tourism to join, cooperate and have common marketing – something that is currently a huge problem for Slovak tourism. The model of strong destination management has existed in countries with advanced tourism industries for a long time. This revision creates conditions in order for this model to function in Slovakia too.”

SACR has already created a new department to help in the creation of destination management organisations, and especially to communicate with them in order to synchronise marketing activities.

“SACR sees, via support for well-functioning destination management organisations, huge potential for the creation of significant synergy when promoting their comprehensive products in Slovakia as well as abroad,” said Belinský.

The revision should motivate local authorities to improve the collection of bed tax because the more they collect and invest in their tourism organisations the higher the subsidy they can receive from the state. This should also motivate them to more actively investigate people who provide accommodation illegally. The Ministry of Transport, under which the tourism sector falls, hopes that the revision will motivate municipalities to collect bed taxes more effectively and create investment capital for the development and sustainability of tourism.

When parliament originally discussed the draft revision, the Ministry of Transport estimated it would allocate €4.5 million in funds in 2012 to support tourism organisations, €6.4 million in 2013 and €8.2 million in 2014, SITA wrote.

Organisations working in the tourism sphere have generally welcomed the new law.

“Of course, we welcome the adoption of the legislation because it was undoubtedly needed,” Pavol Weiss, of the private-sector Slovak Association of Commerce and Tourism, told The Slovak Spectator. He added that in spite of various efforts the political will to adopt such a law only emerged last year. “It is one of the main measures after the major changes which happened more than 20 years ago, and ranks alongside the launch of SACR in the 1990s, the creation of strategic tourism development documents, the inclusion of tourism amongst the priorities for co-financing from EU structural funds, and so on.”

Weiss sees the main mission of this law as being to strengthen cooperation at the local and regional level among all stakeholders active in tourism.

“Without this cooperation individual destinations, at not just a regional level but also local, cannot operate in the market in an effective and competitive way, to win customers and afterwards also fully satisfy their needs and expectations,” said Weiss. “The structure of tourism in Slovakia has been incomplete exactly because of the absence of such local and regional organisations.”

According to Weiss, such organisations might have been launched without this law, but the law stimulates their germination by providing funding for their fundamental activities. He hopes that the law will make attitudes towards tourism development more conceptual, strengthen marketing and make it professional, and significantly improve cooperation within strategy as well as the operation and functioning of destinations so as to result in the gradual reduction of the grey economy to the benefit of the official one.

While the Slovak Association of Commerce and Tourism welcomes the legislation, it also highlights some areas in which it could be better.

“We believe that the law does not appreciate properly the local level, by which it does not fully respect the principle of subsidiarity,” said Weiss. “The local level is primary for tourism.”

Weiss believes that some activities must be carried out at the local level and some require cooperation at the regional or sub-regional level.

“The decision about what is a local issue and what we do at a wider level should be adopted at the local level,” he said. “It should be up to local organisations to decide which activities to do independently and which to do in cooperation with partners in regions. The law cannot know this better than we do.”

According to Weiss, preferring the regional level to the local one may generate problems linked especially to the use of the budget and the specific focus of projects financed from state funds.

He also pointed out that only experience gleaned from implementing the law will demonstrate the pros and cons of launching regional tourism organisations as these, from a geographical point of view, cover self-governing regions which are not natural tourism regions and whose interests may therefore differ from those pursued by local tourism organisations.

Jozef Bendžala, the president of the Association of Hotels and Restaurants, also welcomed the adoption of the legislation but in his opinion it does not completely resolve the issue of state subsidies.

“At least there are basic rules in order to reduce the grey economy,” Bendžala said, as quoted by SITA. But he added that, despite seeking an answer from officials, his association had not been told what would happen if enough bed tax was collected to qualify for public funds exceeding the amount allocated in the state budget.

Peter Chudý, the director of the High Tatras Tourism Association, also regards the adoption of the law very positively.

“This has been the first, even if it is not completely perfect, systematic approach from the side of the state in support of tourism in Slovakia since 1989,” Chudý told The Slovak Spectator.

“I see the pluses of the law as being that it was finally adopted at all, and that it has started a process which is already significantly developed in countries with advanced tourism,” Chudý said. “I also expect that in the future all organisations which emerge based on this law in the Tatra region will join into one large local tourism organisation.”