PARTIES that want to field candidates in the general election in March still have until December 11 to submit candidate lists for the upcoming race. But some of the big players have already made clear who they think are the best people to fill their potential parliamentary seats. 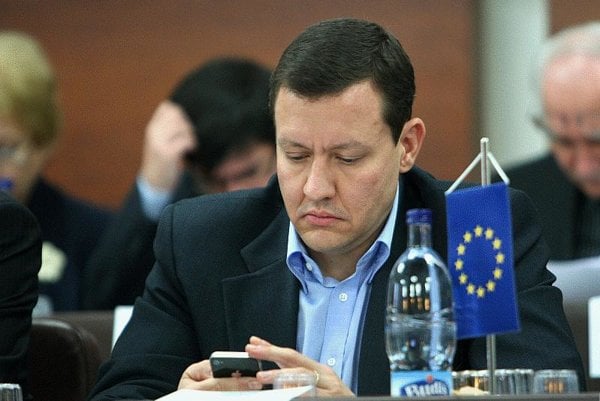 PARTIES that want to field candidates in the general election in March still have until December 11 to submit candidate lists for the upcoming race. But some of the big players have already made clear who they think are the best people to fill their potential parliamentary seats.

The last weekend of November was the self-imposed deadline for a final decision on candidate lists for two of the governing parties. The Christian Democratic Movement (KDH) and Most-Híd held sessions of their respective national councils and agreed the final versions of their slates on November 26.

The Slovak Democratic and Christian Union (SDKÚ) is expected to vote on its candidate list on December 1. No surprises are expected, apart from one name in the top 10 that is expected to be a personality from outside the SDKÚ, the Sme daily reported.

Most-Híd, the party established in 2009 by Béla Bugár and other former members of the Hungarian Coalition Party (SMK), will be led into the elections by Bugár, the party chairman, and his deputies Zsolt Simon, the current agriculture minister, and László Solymos, the head of the party’s parliamentary caucus.

All three men are Hungarian-Slovaks; the highest-ranked Slovak candidate on the party list is Rudolf Chmel, the current deputy prime minister for national minorities and human rights, who takes the number four slot. The only other Slovak in the top 10 is Andrej Hrnčiar, the mayor of Martin, a town in central Slovakia. The party, which calls itself the party of cooperation – both ‘most’ and ‘híd’ mean ‘bridge’ in Slovak and Hungarian respectively – will also run seven Ruthenians, seven Roma, one Czech and one Afghan candidate.

While Most-Híd agreed on its candidate list without arousing much media controversy, the opposite was true for the KDH.

One day before the KDH’s republican council convened to discuss and pass the movement’s candidate list for the election, deputy chairman Daniel Lipšic, who is regarded by observers as the leader of its ‘young wing’, gave an interview to the Sme daily in which he said he was ready to quit the party and politics altogether if Jana Žitňanská, Radoslav Procházka and Karol Hirman were not offered higher places on the slate than the ones they were originally given by the party leadership.

“I feel like people who are reluctant about a potential broad coalition with [opposition party] Smer are somehow moved to lower positions despite the fact that they are persons who had many preferential votes and who belong among the most popular [people] in the movement,” Lipšic, who is the current interior minister, told Sme.

Lipšic’s possible departure from politics thus became the topic of that day, since he is one of the KDH’s most popular politicians. In the 2010 elections he received the second highest number of preferential votes, almost 76,000.

Following the session of the council, which took place behind closed doors, Lipšic said he was staying and called the final candidate list a “good offer” which brings “a combination of continuity and change”, adding that two MPs whom he considers the movement’s most successful are in the top ten: Žitňanská will run in eighth and Procházka gets tenth place on the KDH slate.

“I am happy, it was about a place for the young blood that has proved to have had a good start in the KDH and it would have been a mistake if it didn’t get a chance,” Lipšic said.

Since Lipšic clearly suggested that if the candidate list were to diverge from his ideas very much he would even consider quitting the party, this shows that there are some differences of opinion within the KDH, political analyst Grigorij Mesežnikov told The Slovak Spectator.

Lipšic himself will take the number three spot on the KDH party list in March, below the movement’s chairman, Ján Figeľ, and his predecessor and the current speaker of parliament, Pavol Hrušovský. The current health minister Ivan Uhliarik is number five on the slate; in 2010 he ran in eighth position.

One candidate list that has grabbed media attention on an almost daily basis, as the names of people who will run on it have been gradually announced, is that of the Ordinary People and Independent Personalities party established by Igor Matovič, who made it into parliament in 2010 along with three allied MPs on the Freedom and Solidarity (SaS) list, despite occupying the last four places (147-150).

For the 2011 election Matovič, who was later thrown out of SaS, has established his own party. He and the three original ‘Ordinary People’ are running from the last four positions of the new party’s list. The Civic Conservative Party (OKS), which got four MPs elected via the Most-Híd slate in 2010, and the Conservative Democrats of Slovakia (KDS), a party established by KDH renegades in 2008 but which did not contest the 2010 election, will fill some places in the lower part of the candidate list. Ten other places are reserved for students. Students who would like to run for the party can still apply and Matovič and his colleagues will then select what they call “the best of them” for the slate.

The top 20 positions on the Ordinary People candidate list will be filled by independent personalities, as Matovič calls them.

“Slovakia shouldn’t be led by puppets in the hands of sponsors, but real personalities who in their previous lives have been honest, good and truthful,” Matovič said as he presented three of the candidates on November 30. They are former investigative journalist Eugen Korda, whose last job was with the Sme daily’s online TV channel, physicist and reporter on the Týždeň weekly Martin Mojžiš, and the former head of the drama section of the Slovak National Theatre, Štefan Bučko.

“It seems that there is a great party of people coherent in their main direction,” Bučko said of the candidate list.

Well-known civic activist and restaurant owner Alojz Hlina and Jozef Mičovský, a laureate of the White Crow award, will also be among the independent personalities running on the slate.


With so many popular personalities the Ordinary People’s candidate list might have a good chance in the elections, Mesežnikov commented.

“Additionally, they are very critical towards Smer, with most of them rejecting any cooperation,” he told The Slovak Spectator. “That obviously increases the party’s chances of being successful. The question is how it would work after the election, but it would be premature to answer that today.”