SLOVAKIA was reminded of its potential vulnerability in private financial markets when it experienced difficulty borrowing funds to service its debt in late November. Investors showed little interest on November 28 in bonds maturing in 2014, offering to buy only €30 million. The Finance Ministry’s Debt and Liquidity Management Agency (ARDAL) later sold bonds valued at €28 million at an average annual interest rate of 3.4642 percent, the SITA newswire reported. 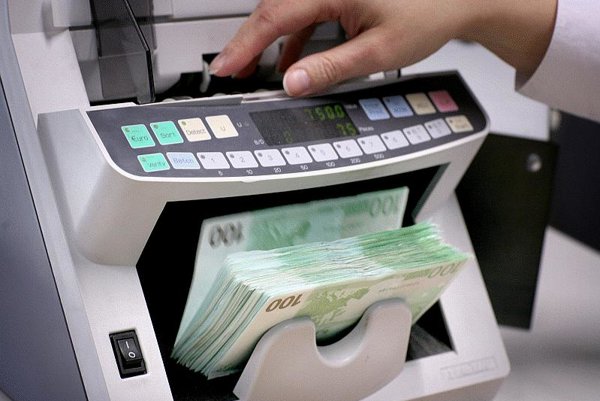 SLOVAKIA was reminded of its potential vulnerability in private financial markets when it experienced difficulty borrowing funds to service its debt in late November. Investors showed little interest on November 28 in bonds maturing in 2014, offering to buy only €30 million. The Finance Ministry’s Debt and Liquidity Management Agency (ARDAL) later sold bonds valued at €28 million at an average annual interest rate of 3.4642 percent, the SITA newswire reported.

The late November auction was reminiscent of the scheduled bond auction on November 14, when ARDAL had to scrap its plan to sell five-year floating-rate government bonds after receiving too few bids. ARDAL expected to sell €100 million to €150 million of five-year bonds but investors submitted bids to purchase only €13 million of them.

Economic analysts attribute the difficulties in selling Slovak government bonds to the deepening debt crisis in the eurozone, adding that a continuing lack of interest by investors in buying longer-term bonds might cause the country problems.

“Each country with public debt, including Slovakia, is vitally dependent on the confidence of the bond markets in order to refinance its regularly maturing bonds by issuing new ones,” Vladimír Vaňo, chief economist with Volksbank Slovensko, told The Slovak Spectator. “This socalled debt rollover requires sufficient trust by private bond investors, and in the case of eurozone members, also of the foreign central banks that purchase treasury bonds of EMU [European Monetary Union] member states as reserve assets.”

According to the Internal Monetary Fund (IMF), over one quarter of global foreign exchange reserves are in euros, made up of government bonds issued by eurozone member states.

After the unsuccessful auction on November 14, ARDAL director Daniel Bytčánek said that the insufficient demand reflected the worsening situation in much of Europe, particularly in Italy and Slovenia.

Vaňo told The Slovak Spectator that escalation of turmoil in the eurozone bond market is affecting not only the countries often referred to as PIIGS (Portugal, Ireland, Italy, Greece and Spain) but can also negatively impact other smaller countries in the eurozone. Due to Slovenia’s political and fiscal uncertainties as well as negative shocks coming from Italy, bonds yields in Slovenia have risen significantly in past months, according to Vaňo, reporting that yields on Slovenian bonds are exceeding 5.5 percent for maturities of 1-3 years, 6.5 percent for maturities over 4 years, and are hovering near 7 percent for maturities longer than 6 years.

“While Slovenia enjoys a [credit] rating that is one notch above the sovereign rating of the Slovak Republic, investors have pushed the yield they demand from the [Slovenian] government up to levels which exceed those of Slovakia by almost two percentage points,” Vaňo stated. “Normally, yields of an issuer with a lower rating should be higher than those of an issuer with a better rating.”

Auction was a warning

Tomáš Kapusta of ARDAL’s debt management department recently told SITA that the auction held in mid November was a warning and noted that the agency was carefully checking before the most recent auction to see whether there was interest in buying Slovak bonds and it was not particularly pleased with the reaction.

“It is a confirmation of the development that foreign investors have stopped participating in auctions here and that the demand for bonds is decreasing,” Kapusta stated, as quoted by the SITA newswire.

Vaňo believes that the two consecutive disappointing Slovak bond auctions must be considered in conjunction with the recent escalation of turmoil in the eurozone bond market, fear by investors due to the downgrade of Hungarian bonds to a non-investment grade, as well uncertainties even in a higher-rated eurozone country such as Slovenia.

He added that increased political and fiscal uncertainties have emerged in Slovakia after the no-confidence vote in the government in October.

“One must keep in mind that next year Slovakia needs to refinance approximately €8 billion worth of public debt,” Vaňo told The Slovak Spectator. “Clearly, the past two auctions, where the volume of bids shrank to €13 million and €30 million, respectively, is a worrisome signal, although it happened in the weeks surrounded by extraordinarily negative external signals from Italy, Slovenia, later from Hungary, as well as from Germany.”

Vaňo said that the unexpected no-confidence vote in October and the early parliamentary elections scheduled for March 2012 are playing a role.

He noted that “Moody’s rating agency has already warned that this represents a potential negative risk for the sovereign debt of Slovakia, especially if these developments cast doubts on the country’s planned path of fiscal consolidation, which currently envisions a budget deficit below 3 percent of GDP in 2013.”

Regarding the country’s options, Vaňo said that maintaining a fiscal policy as pristine as possible and avoiding a worsening of the country’s sovereign debt rating is a must in such a tumultuous environment.

“But even this does not guarantee success in treasury bond auctions if they run against the tide of rising global risk aversion or negative one-off events such as those that currently threaten Hungary,” Vaňo added.

The SITA newswire wrote that successfully financing the rollover of Slovak government debt is not at risk despite the last two difficult auctions, noting that ARDAL has been gradually borrowing to finance next year’s needs since September.

“We will have something pre-financed for next year,” said Kapusta of ARDAL, adding that the state may have to start issuing treasury bills with shorter maturities in order to service the state debt and provide liquidity.

This year Slovakia sold government securities amounting to over €4.8 billion while the Finance Ministry issued securities worth €250 million and ARDAL sold treasury bills worth almost €900 million, SITA reported. Treasury bills have a maturity of one year or less.