“NO REGION or country in the world is immune to the damages of corruption,” the authors of an annual ranking of countries based on transparency and perceived corruption wrote in their introduction to this year’s results. In the survey, which is compiled by the international transparency and fairness watchdog Transparency International, Slovakia returned one of the worst scores in the European Union. 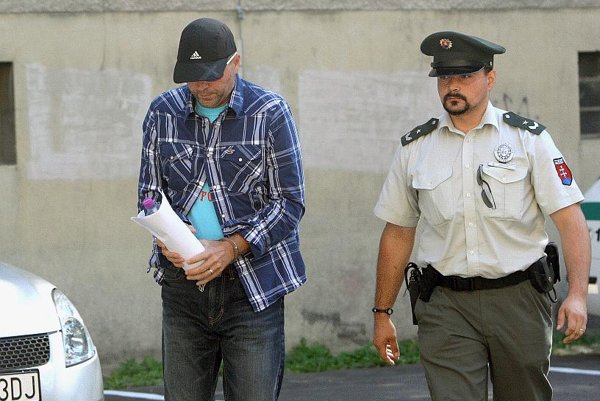 Corruption in Slovakia – including graft at high levels - must be addressed by the political parties, say campaigners. (Source: SME)
Font size:A-|A+0

“NO REGION or country in the world is immune to the damages of corruption,” the authors of an annual ranking of countries based on transparency and perceived corruption wrote in their introduction to this year’s results. In the survey, which is compiled by the international transparency and fairness watchdog Transparency International, Slovakia returned one of the worst scores in the European Union.

The cabinet of Iveta Radičová took office in mid-2010 promising to fight corruption and make the public arena more transparent. Despite successfully passing some measures to this effect, among them a flagship law that requires all contracts with the state and its institutions be published online, the results reflected by the Corruption Perception Index 2011 are not as bright as the prime minister might have wished. However, observers believe that next year’s index, which will evaluate 2011, could see Slovakia improve its ranking.

Slovakia ranked 66th out of the 183 countries in the overall ranking and 26th in the EU and Western Europe region, with a score of 4 points. It was the fifth lowest result among all EU members, with only Italy, Greece, Romania, and Bulgaria ranking lower.

The other three Visegrad Group members all ranked above Slovakia: Poland placed best, at 41st, followed by Hungary (54th) and the Czech Republic (57th).

The Transparency International ranking of countries, based on their perceived level of corruption, is the most-cited index of transparency worldwide. It is often used by large companies when considering where to invest.

The national programme of reforms passed by the Radičová cabinet also uses the Corruption Perceptions Index as one of its two reference points to demonstrate how successful the government has been in pursuing its transparency-related pledges, Transparency International Slovakia (TIS) noted.

The ranking uses data from 17 surveys that look at factors such as enforcement of anti-corruption laws, access to information and conflicts of interest.

Interpreting the results of the 2011 Corruption Perceptions Index has been made harder this year by changes in the way the ranking is compiled: 40 percent of Slovakia’s score consists of brand new indicators.

“But the ranking behind the Visegrad Group countries as well as the EU sends a signal to political parties prior to the upcoming election campaign to consider the fight against corruption an important factor in their nominations for candidate lists and in the preparation of their election programmes,” Transparency International Slovakia noted in its comments on the Corruption Perception Index 2011.

Another reason why interpretation of the results is harder is the fact that the ranking – despite being entitled ‘2011’ – actually refers to 2010, when Slovakia’s government changed, Transparency International Slovakia (TIS) director Gabriel Šípoš noted.

What stands in the way of change?

Among the main obstacles when dealing with corruption in Slovakia are the weak police and prosecution departments, and the notoriously patchy justice system.

“Without any sanctions for the main characters in corruption, including politicians, there is a lack of motivation to report anything murky,” Šípoš explained to The Slovak Spectator.

Another obstacle is represented by the political parties and their financing, he said, adding that the two biggest parties on the Slovak political scene, Smer and the Slovak Democratic and Christian Union (SDKÚ), have “a very suspicious financial past, again with no penal consequences”.

Additionally, only the centre-right parties, particularly the SDKÚ, Freedom and Solidarity (SaS) and the Christian Democratic Movement (KDH), seem to be interested in – or able to propose – anti-corruption laws, Šípoš noted.

“And that is too little for Slovakia to improve its position in corruption rankings,” said.

Despite this, Šípoš said he expects Slovakia to improve its score in the Corruption Perception Index next year, as the 2012 survey will reflect changes that the government passed in 2011, and many of these “have a very good potential to decrease corruption”. He listed in particular measures which have led to the publication of all public contracts on the internet, as well as the publication of court rulings, and the disclosure of payments that doctors receive from pharmaceutical companies.

Since January 1, 2011, all Slovak state, regional and municipal offices have been required to publish their contracts, paid invoices and purchase orders online. The publication of this information, designed to provide more transparency in how government entities spend public money, has already helped the media to uncover questionable spending at some Slovak ministries and state-run companies. Many observers say the law’s potential to reduce corrupt dealings in government is comparable to the passage of Slovakia’s law on public access to information in 2000.

Electronic auctions have been introduced in public procurement as well, and this should also count in Slovakia’s favour in next year’s ranking, according to Šípoš.

The fight against corruption is, however, still in its early days in Slovakia and there are several challenges that the government that will emerge after the March 2012 general election will face in the area of transparency. Šípoš identified specific measures that will need to be taken, including increased monitoring of party financing, a comprehensive reform of the courts and prosecutors' offices, and the passage of a law on whistleblowers which would support, legally and financially, those “who have the courage to point out fraudulent and corrupt behaviour”.

Corruption flourishes around the world

“Corruption continues to plague too many countries around the world,” Transparency International wrote in the introductory notes to the 2011 Corruption Perceptions Index, which it said shows some governments “failing to protect citizens from corruption, be it abuse of public resources, bribery or secretive decision-making”.

Transparency International also noted that public protests around the world are often fuelled by corruption and economic instability.

“This year we have seen corruption on protestors’ banners, be they rich or poor,” said Huguette Labelle, Chair of Transparency International. “Whether in a Europe hit by debt crisis or an Arab world starting a new political era, leaders must heed the demands for better government.”

Two-thirds of the 183 ranked countries and territories score less than 5 on a scale from 0 (highly corrupt) to 10 (very clean) based on perceived levels of public sector corruption. New Zealand ranks first, followed by Finland and Denmark. Somalia and North Korea, both included in the index for the first time, come last.

Most Arab Spring countries rank in the lower half of the index, scoring below 4. Before the Arab Spring, a Transparency International report on the region warned that nepotism, bribery and patronage were so deeply ingrained in daily life that even existing anti-corruption laws had little impact.

Eurozone countries suffering debt crises, partly because of public authorities’ failure to tackle bribery and tax evasion, are among the lowest-scoring EU countries.