IN THE HOPE of attracting around 1,500 new jobs to Slovakia the government last month approved investment aid for nine foreign investors. They will benefit from tax breaks and state assistance of €45.8 million in total; in return they should invest €245 million in the country. Tax breaks will make up two-thirds of the assistance, while the rest will be in the form of cash to buy property needed to launch the projects, which according to the Economy Ministry will be directed to those areas of the country hit hardest by unemployment. 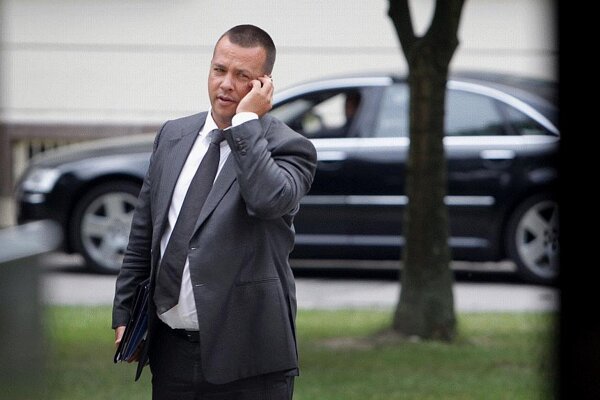 IN THE HOPE of attracting around 1,500 new jobs to Slovakia the government last month approved investment aid for nine foreign investors. They will benefit from tax breaks and state assistance of €45.8 million in total; in return they should invest €245 million in the country. Tax breaks will make up two-thirds of the assistance, while the rest will be in the form of cash to buy property needed to launch the projects, which according to the Economy Ministry will be directed to those areas of the country hit hardest by unemployment.

However, one of the projects tagged for support immediately attracted criticism from an existing domestic firm. The Slovak company says the state is using investment support to back a direct competitor, and that this will therefore harm its business. President Ivan Gašparovič has called on Prime Minister Iveta Radičová to halt the support package, valued at €3.37 million, which is due to go to an Austrian firm. But the Economy Ministry has defended its decision, arguing that the selection process was transparent and that the money being invested will help create jobs in an area desperately in need of them.

“We have supported projects that are heading to regions with high unemployment rates,” Economy Minister Juraj Miškov said on November 23, as quoted by the SITA newswire, as he introduced the projects awarded state assistance.

He also said that these would be the last investment projects to receive direct state assistance, and that from next year assistance will take the form of tax breaks only.

Meanwhile, the government on December 7 approved a rule stating that the maximum investment support should go only to firms investing in regions with the highest unemployment rates and into economic sectors providing high added value. The government resolution thus makes the approval of investment stimuli dependent primarily on the unemployment rate in the investment destination and on the economic sector in which the receiving firm will operate. Miškov said the highest investment support will go to eastern Slovakia.

Foreign and domestic firms will receive state support mostly in the form of tax holidays, according to the resolution, which will come into force on January 1, 2012. The state will provide stimuli for the purchase of long-term material or property only in special cases where there is an investment of strategic importance in question, SITA reported.

The resolution divides Slovakia’s 70-plus districts into five zones based on district unemployment rates. It was passed as a revision to the law on investment stimuli approved earlier this year by parliament. In that law the government pledged to change the rules for providing state incentives in order to direct new investments towards regions of Slovakia which suffer from lower levels of development and higher levels of unemployment, while also taking a friendlier approach to small and medium-sized businesses and levelling the playing field for both foreign and domestic investors.

Richard Ďurana, director of INESS, the Institute of Economic and Social Studies think tank, said he does not believe in providing investment incentives to selected investors.

“Selective help for selected investors [comes] at the expense of the rest of the businesses in Slovakia,” Ďurana told The Slovak Spectator.

According to Miškov, the volume of state aid provided by Slovakia does not exceed the regional aid limits set by the EU.

Secop, Aspel Slovakia, Plastiflex Slovakia, Celltex Hygiene, Behr Slovakia, Gallai & Wolff, Johnson Controls, Continental Matador Rubber and Sungwoo Hitech Slovakia all won state support for their projects, with the average cost for the creation of each job being €27,000. The assistance offered to Austrian firm Gallai & Wolff was what prompted the ire of local businesses.

Gallai & Wolff plans to build a factory making bridge bearings and dilatation joints in Klenovec, in the Rimavská Sobota district of Banská Bystrica Region. The company intends to invest €6.74 million in construction, and provide 253 jobs in the region. The state has offered to provide the company with help in the form of a subsidy to procure property valued at €3 million and tax allowances amounting to €370,000, according to SITA.

But Klub 500, a business lobbying group that represents Slovak firms with more than 500 employees, objected to the assistance, which it described as providing state support to an incoming investor which has a direct competitor in Slovakia, thereby threatening a “domestic producer with a long tradition”.

Klub 500 considers state support for the Austrian firm to be a direct threat to a domestic producer of steel constructions, Oceľové Konštrukcie, part of construction group Doprastav, and the club has called on ministers to cancel the plan, according to an official release.

Fifty-five of Oceľové Konštrukcie’s employees might see their jobs endangered due to the Austrian investment, which aims to produce a similar amount of goods but with a much higher number of employees, said Klub 500, referring to data in material submitted to the cabinet.

“Slovak businesses demand that the system of providing investment stimuli be tuned so that in the case of the arrival of an investor in a sector where domestic producers already operate, stimuli are automatically provided in sufficient measure to domestic businesses too,” Vladimír Soták, chairman of Klub 500, said.

The Ministry of Economy said it was taken aback by what it called Klub 500’s criticism of the creation of jobs, with the assistance of the state, in regions with high unemployment. The ministry said that the investment project is fully in line with EU rules and that 96 percent of the company’s production will be exported, while the investor will use seven Slovak firms as suppliers.

“Any discrimination between investors, positive or negative, is unacceptable and is banned by EU rules,” the ministry’s communication department said, adding that the revised law on investment aid that came into effect on August 1, 2011, improves the position of applicants for investment aid and makes the whole process of providing state aid more transparent.

The ministry also argued that it supports investments regardless of their country of origin, be that Slovakia or elsewhere. The ministry also noted that Miškov intends to erase all state aid and to propose solutions that will improve the creation of jobs without direct state support.

Ďurana does not consider state assistance including tax holidays to be effective: in his words, the expenses that arise have to be covered by other businesses.

“The government could [instead] decrease the income tax of existing corporate entities by this amount,” Ďurana said. “This move would support equally all businesses in Slovakia, both domestic and foreign, current and future.”

Investment stimuli are not a systematic and sustainable form of support for business in Slovakia, according to Ďurana. Easing of the tax and payroll-levy burden as well as removal of administrative barriers would more effectively help job creation and public finances than providing stimuli for a few firms, he added.

“Reducing taxes and payroll levies would also help to increase Slovakia’s competitiveness in the region in a period of crisis, which could significantly improve the country’s position when attracting additional foreign investments,” said Ďurana.

Investment stimuli are a form of economic nationalism, and there are more effective and systematic alternatives, according to Ďurana.

“Unfortunately, these do not bring as many political points, because they do not make it possible for politicians to boast about concrete numbers, since the results of these more effective alternatives are spread equally throughout the whole economy and not only in a couple of companies,” Ďurana concluded.

In an earlier interview with The Slovak Spectator, Robert Šimončič, the director of SARIO, the Slovak Investment and Trade Agency, said that investment stimuli are a decisive factor but certainly not the only one.

“If we look at the investments that are coming in through SARIO, we see that a lot of investors are not seeking any stimuli but rather need our assistance,” said Šimončič. “Yet there are also investments that do seek out state stimuli. However, on the chart of factors that ultimately decide an investment, stimuli are not the most important ones. Nevertheless, the competition with neighbouring countries is intense and it is important that we provide some special conditions for strategic investments.”