ONE OF the special things about Slovaks is the number of foreign capitals they have disliked throughout history and how fast they changed their minds. 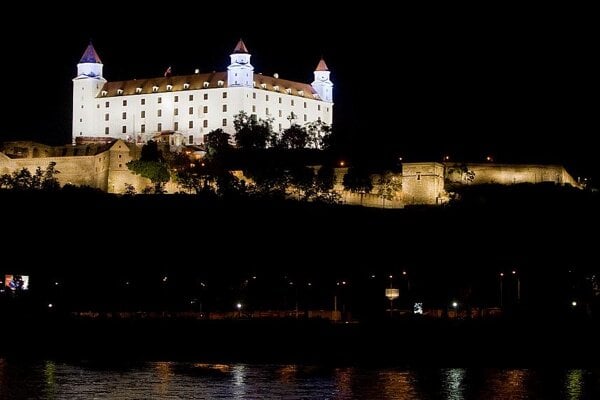 Isn't Bratislava, rather than Lisbon, to be blamed for most of Slovakia's problems? (Source: Sme - Vladimír Šimíček)
Font size:A-|A+0

ONE OF the special things about Slovaks is the number of foreign capitals they have disliked throughout history and how fast they changed their minds.

The times when Nazi Berlin was despised are long forgotten. Moscow, with its tendencies to send over tanks, is also slowly moving out of the memory. Prague, for decades blamed for an alleged exploitation of this part of Czechoslovakia, has lost almost all its hate-appeal.

So has Washington, once the home of all imperialists, aggressors, and greedy capitalists. The place is rarely mentioned anymore, a sign of what has happened to American influence in this region.

There are still politicians who dream of finishing their bottle of borovička, getting into a tank and flattening Budapest. But the fact is that Hungary, too, can no longer be certain of its status as enemy number one.

No, the new target is Brussels. The city, along with its bureaucrats, directives, and bailout funds, is quickly becoming the biggest threat to local sovereignty – at least judging by election slogans.

This week Brussels was briefly overshadowed by Lisabon (Lisbon), which can thank the fact that a recent EU treaty was signed there for some really, really bad publicity.

Like many other countries, Slovakia will apparently soon go through the second round of a ratification nightmare, so Portuguese tourists should not be surprised to hear their capital mentioned in local pubs. And not necessarily in a good context.

We’ll see which city comes next. Maybe Berlin will make a comeback. Or perhaps people will come to their senses and realise that if there is a city to blame for most of their problems, it’s Bratislava.