'There is a split; it is likely to deepen'

THE DEVIL will be in the detail of the European agreement, produced at a crunch summit in Brussels on December 8-9, that consenting parties are expected to sign in March, suggests Vladimír Bilčík, a political scientist specialising in European issues at the Slovak Foreign Policy Association. The Slovak Spectator spoke to Bilčík about the summit and its aftermath. 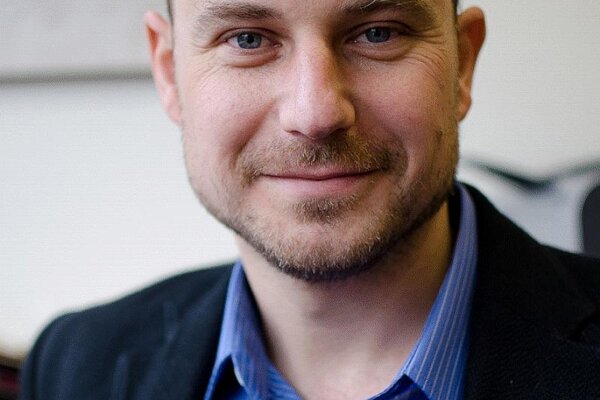 THE DEVIL will be in the detail of the European agreement, produced at a crunch summit in Brussels on December 8-9, that consenting parties are expected to sign in March, suggests Vladimír Bilčík, a political scientist specialising in European issues at the Slovak Foreign Policy Association. The Slovak Spectator spoke to Bilčík about the summit and its aftermath.

The Slovak Spectator (TSS): Were European leaders able to effectively address the issue of state debt?

The quick answer is ‘no’, because an effective solution to the accumulated debts in the EU would require a much longer period of time and what the leaders did at the summit was to try to calm the markets and introduce measures which would at least add an element of greater reliability and predictability to the behaviour of the member states of the eurozone. Basically, the leaders proposed a set of emergency measures which partially aim to calm the markets and rebuild the credibility of the eurozone and confidence in its survival.

TSS: How, in your opinion, will the cancellation of the right of veto change decision-making for member states at the European level? What impact will this decision have on Slovakia?

The summit actually brought much smaller changes to the existing extent of control by member states compared to the initial proposals, which came out of a joint Franco-German initiative. Essentially, the question of the veto was only discussed in relation to future decisions over the use of the so-called bailout fund: the European Financial Stability Facility. Because of the position of Finland, but also in part of Slovakia, the consensus was that the veto would be maintained for most decisions except for real emergency and exceptional measures. There wasn’t any fundamental change made to the existing state of the veto. This slight modification is something which most Slovak politicians, including the prime minister and the majority of the political parties in the Slovak parliament, with the exception of the Slovak nationalists and the Slovak liberals from SaS, are ready to support and sign up to.

The summit is only one step in the debate over the extent to which member states are going to
give up their control over public policies and we may expect other decisions on the abolition of existing vetoes by member states in future.

TSS: Are the concerns of the leaders of some smaller countries – that shifting part of their decision-making over key issues to an international level will mean they are in fact subject to the will of larger and stronger ones – justified?

The fundamental change which comes out of the summit is that the new agreements will not effectively change the existing EU treaties; they will not take place within the framework of the EU treaties; but rather an intergovernmental agreement will be signed by countries that are willing to join it. At the moment it is clear that Great Britain has stepped aside. There might be some others who are still debating whether or not to join this treaty, such as Sweden or the Czech Republic for instance. It is clearly going to be a new treaty outside the EU framework.

Therefore the role of the member states, particularly the relations between the smaller and bigger member states, will remain an important issue. The fundamental concerns of the small ones will grow further, especially when we get to the details of the agreement, which should be signed in March – and the devil will be in the detail.

The discussion will be about the role of EU institutions or the new arbiters and watchdogs, which are going to be created as a result of this treaty, to essentially look after the new tasks, such as the bailouts and the national budgets, and we [Slovakia] will be there to make sure the rules which have been agreed upon are going to be applied to all EU member states that sign the treaty. What the small member states will want are guarantees that the rules of the game will apply evenly across the board, regardless of countries’ sizes. To achieve this, we will need genuinely independent institutions or arbiters.

TSS: How do you perceive the view that the summit has deepened the existing split in Europe? Do you see such a split among member countries?

Clearly there is a split because we do not have the best possible scenario. We do not have a new EU treaty but a new treaty outside the EU treaties. Right now there is a split between the United Kingdom and the rest of the member states. But I suspect that the United Kingdom is not going to be the only country which ultimately will be outside the new treaty. So what we see is the deepening of the internal divisions in scale of the member states’ commitments to European integration. This is a price that we are paying, or which the member states are willing to pay, to save the euro and the eurozone.

There is a split and it is likely to deepen. What we see is essentially an emerging quarrel which involves member states of the eurozone and a few other countries which see the real benefits in maintaining the eurozone, and those which are sceptical about the survival and future entry into the eurozone and are likely to remain outside.

TSS: In your opinion, are the changes approved at the summit of EU leaders passable in Slovakia? Do you expect the new treaty or the creation of a fiscal union to become election topics in Slovakia?

I suspect that it is going to resonate in the campaign but its extent will depend on how calm the markets are or how likely the survival of the euro will be in next few weeks and months. Essentially, the calmer the situation is, I think the less relevant this issue will be for the campaign.

The split in the political spectrum is clear: there are parties which clearly have a fundamental problem with this agreement on further European integration. They are the SNS and SaS. Essentially, everybody else – the Christian Democrats, the Slovak Democratic and Christian Union, as well as Most-Híd and the largest opposition party, Smer – are all saying that they are basically going to support these changes.

I do not foresee a major problem with Slovakia’s parliament passing these changes. There has never been a real problem with a broad European majority in Slovak politics. However, on some occasions political parties have put a price on their support for measures at the EU level. For example, Smer said that it did not have a problem with supporting the extension of the bailout fund but asked for early elections in return. A few years ago the SDKÚ asked for changes to the media law as a price for supporting ratification of the Lisbon Treaty.

So clearly, these games have been played in the past. At the moment, however, the politicians are saying that they are not going to play these games.