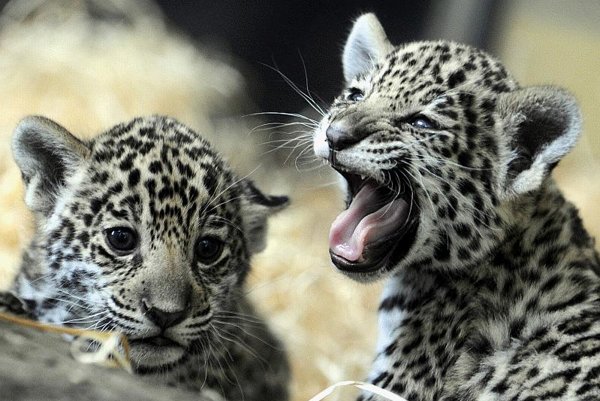 
The female cubs, named Mayra and Iazua, were born on December 23 and 27, 2010, respectively to parents Laima, aged three, and Boris, aged six. They have been pronounced fit and are the first jaguars to be born at Bratislava Zoo since their grandmother’s birth there in 2000. Zoo officials said Laima, who gave birth for the first time, mastered it all perfectly and has been a devoted mother since the first day, adding that, as is typical for jaguars, she aggressively defended her offspring, not permitting zoo-keepers near the cubs for the first month after their birth.


At the beginning of February the young jaguars were old enough to be examined, to receive their first vaccination, to get identification chips, be weighed and have their gender determined. Miloslava Šavelová, the head of Bratislava Zoo, permitted photographers to record these procedures, TASR reported.