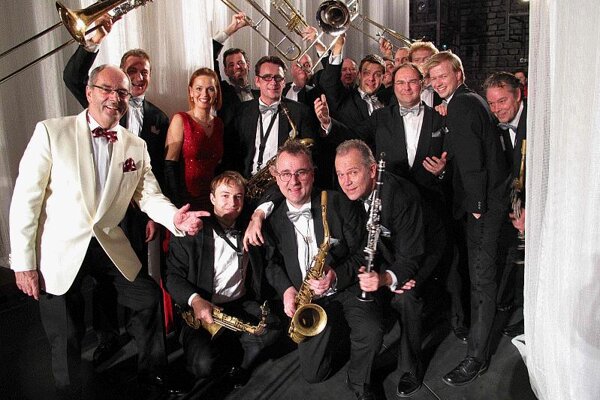 Bratislava
CONCERT: THE GLENN Miller Orchestra (GMO) plays true to the style of the American swing legend after whom it is named. Directed by Wil Salden, who was picked in 1990 by Glenn Miller’s heritage company as the GMO’s bandmaster for Europe, the GMO will give two concerts, titled In the Miller Mood, in Slovakia: one of them will be in Bratislava at 19:30 on January 10, at the Istropolis centre, Trnavské mýto 1. Apart from Miller’s compositions, the GMO will also play classic swing pieces by artists like Woody Herman, Count Basie, Harry James and Ella Fitzgerald. Tickets cost €35 to €45 and can be purchased via Ticketstream and Ticketportal.
Bratislava
CLASSICAL MUSIC: Novo-ročný koncert “Alleluja” / New Year’s Concert “Hallelujah” – This concert offers “the most beautiful Hallelujahs” as performed by the Solamente Naturali ensemble and its choir led by Miloš Valent (who also plays violin), Vocalensemble Polyharmonique, I. Clerix (soprano), A. Schneider (alto), S. Gähler (tenor), and M. Lutze (bass).
Starts: Jan 10, 19:00; Dvorana concert hall, Zochova 1. Admission: €6. Tel: 02/2047- 5233; www.filharm.sk.

Bratislava
MUSICAL: Báthoryčka – This Slovak musical depicts the life story of an infamous personality from the nation’s past: Countess Báthory, who allegedly tortured and killed young girls at her manor. It remains unclear how much of the story is true, and how much is slander put about by her political foes. Báthoryčka, authored by J. Kákošová, H. Leško, and directed by Ivan Vojtek Sr, is on its final run in Bratislava.
Starts: Jan 13, 19:00; Nová Scéna, Živnostenská 1. Admission: €14-€19. Tel: 02/2048- 8500; www.nova-scena.sk.

Nové Zámky
PHOTO EXHIBITION: Rudolf Sikora - Fotoodchádzanie / Photo-Leaving – The author of this exhibition, which comprises his photographic concepts from the 1970s to the present day, is a representative of the Slovak alternative and conceptual art scene who works with different media.
Open: Tue-Fri 8:00-17:00, Sat-Sun 9:00-13:00 until Jan 21; Galéria umenia, Björnsonova 1. Admission: €0.53. Tel: 02/3564-08440; www.galerianz.eu.

Prešov
EXHIBITION: A SUMMARY exhibition of the life’s work of renowned Slovak sculptor Dušan Pončák, titled Ecce Homo, represents his characteristic artworks and thus provides an overall view of his many creations. Installed to mark Pončák’s 70th birthday and curated by Klára Kubíková, it contains works borrowed from Slovak museums and galleries, private collections and the artist’s own studio. The exhibition can be seen until February 26 in the Šariš Gallery, Hlavná 51 in Prešov, on Tuesdays to Fridays between 9:00 and 17:00, and on Sundays between 14:30 and 18:30.
Košice
LIVE MUSIC: Rony Janeček & Ozzy Show – The Ozzy Osbourne Revival (CZ) and young Slovak electric-guitar player Rony Janeček will play their version of heavy metal.
Starts: Jan 13, 21:00; Riders Pub, Južná trieda 48. Admission: €2. Tel: 0908/978-482; www.riderspub.sk.