PUBLISHERS around the world have been searching for ways to make readers pay for more of the online content they consume. Last spring several Slovak publishers came together to erect a joint paywall around some of their content. They did so by joining an online payment scheme called Piano Media under which readers can access webpages across several sites only after paying a single annual, monthly or weekly charge. While at the beginning there were doubts about the viability of such an idea, the number of paying readers now counts in thousands and the number of media outlets that use the scheme may soon increase. Furthermore, a similar scheme is due to be launched in a second country later this month. 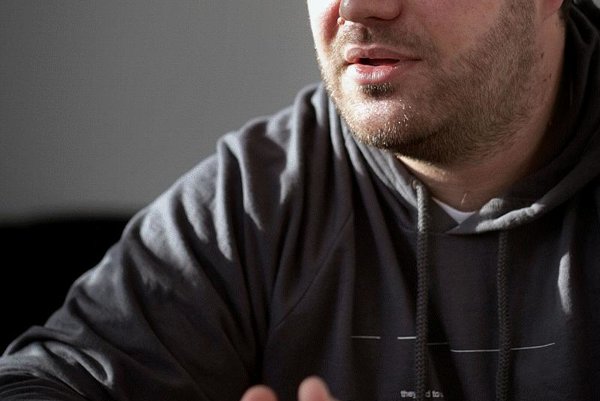 PUBLISHERS around the world have been searching for ways to make readers pay for more of the online content they consume. Last spring several Slovak publishers came together to erect a joint paywall around some of their content. They did so by joining an online payment scheme called Piano Media under which readers can access webpages across several sites only after paying a single annual, monthly or weekly charge. While at the beginning there were doubts about the viability of such an idea, the number of paying readers now counts in thousands and the number of media outlets that use the scheme may soon increase. Furthermore, a similar scheme is due to be launched in a second country later this month.

The Piano project has attracted diverse reactions from analysts. While Tomáš Gregor from Gemius Slovakia sees it as a step in the right direction, Alexander Máťuš, executive director of ZenithOptimedia, does not like it.

“I am personally very pleased that the Piano project was launched in Slovakia,” Gregor told The Slovak Spectator, adding that based on the information released so far he regards Piano as a successful project with huge potential to succeed abroad. “Since this is a platform solution and as such mostly brings benefit for the end-user, this is a step in the right direction.”

He sees space to improve Piano by persuading new as well as existing clients about the quality of content behind the paywall, particularly in terms of the quality of the content itself and in terms of marketing and supplementary services.

On the other hand, Máťuš sees the Piano as “a stupid thing in the environment [i.e. the online space] which is least regulated, and thus users can find information anywhere else”.

The Piano project attracted attention from abroad right from its launch, with some foreign publishers wanting to know how it might work in their countries. NextBig, the company running the project, has been actively exploring expansion opportunities elsewhere in Europe and the launch of the project beyond Slovakia is now in the pipeline.

Piano has already received an investment worth €300,000 from the firm IT Monogram. According to Tomáš Bella from NextBig, who heads the Piano project, more than 90 percent of Piano’s activities are now taking place abroad, i.e. it is spending mainly on preparing the scheme for launch in other countries. He added that development and client support for various countries remains in Bratislava.

“The scheme will be launched in another country as early as January 2012,” Bella said, but he refused to specify which one. “We will announce which country it will be only shortly before the scheme starts. For the time being we are holding negotiations in several other countries. I assume after Slovakia [in 2011] we will be able to launch the scheme in three or four countries during 2012.”

Prior to the launch of the project, its authors addressed 12 media outlets, at least six of whom they needed to sign up in order to make the scheme work, according to Bella. In the end they launched the scheme with only six publishers. Now Piano subscribers can read premium content on nine Slovak news websites, online and TV media sites, and a video portal. Piano includes the websites of the Sme, Hospodárske Noviny, Pravda and Šport dailies, JOJ TV, the Týždeň weekly, Medialne.sk, PC Revue and MeToo.sk. NextBig is currently negotiating with three other media outlets, some of whom could join the scheme during the coming weeks, according to Bella.

Two of the largest players in the Slovak print media market, Ringier Axel Springer and Spoločnosť 7 Plus, which publish the two most-read dailies in Slovakia – the tabloids Nový Čas and Plus Jeden Deň, respectively – have so far turned down offers to join the scheme. But Bella does not see this as a problem.

“Piano is not built on the need for all publishers to enter it,” Bella told The Slovak Spectator. “The only aim is to create a joint package which will be attractive enough on its own, something which I think we have managed to achieve. In any case, we are now negotiating with one of these publishers.”

According to Bella, neither of the publishers is against the scheme in principle. At the start of the Piano project Spoločnosť 7 Plus was seriously considering joining it, media news website Medialne.sk reported in mid April 2011, but in the end decided not to do so. It did not say why.

The Piano scheme is similar to the model used by cable TV stations. Subscribers get access to a large amount of content from various competing media. For week-long access a subscriber pays €0.99, while the monthly fee is €2.90 and an annual subscription costs €29. Subscription income is divided between those sites that the subscriber actually visits. A large portion of the content on each site, especially general news, remains free.

The number of subscribers has now reached five digits, according to NextBig.


“Our original plan was to obtain about 1 percent of internet users within one year and it seems that we will meet this,” said Bella.

The media involved in the project offer 44 different services, including access to opinion sections, participation in article discussion forums, ad-free versions of online dailies, access to archives, homepage personalisation, video and others.

With regards to their reading habits, subscribers mimic common trends in the news sector.

“We saw, for example, a significant increase in the number of subscribers during the governing crisis at the end of 2011,” Bella told The Slovak Spectator. “Even though the system offers a number of services, including the possibility to participate in discussions or to ask experts questions, for example, the classical output of publishing houses is working by far the best, i.e. putting articles and videos behind the paywall.”

He added that a weekly newsletter, which became very popular within a month of its launch, has also affected readership.

“We also see that after subscribing, readers uncover new websites and new types of content under the Piano umbrella, even though they often did not know about them before,” said Bella.

With regards to its latest plans, the Piano team is now preparing to launch the scheme for users of mobile phones, and participating media outlets are planning to add new services. During the first quarter of 2012 some new outlets may join the scheme, though this may result in an unpopular change: a rise in the subscription fee.

“Nevertheless, we want to keep this as low as possible so that Piano is available to anybody who can afford internet access,” said Bella.