INTERNET-based advertising continued to grow last year but forecasts of a coming economic crisis may negatively affect how much advertisers are willing to spend in 2012. Other factors that are expected to impact Slovakia’s online advertising market are the growing popularity of advertising on social networks and the potential for advertising on tablets and other mobile devices, a development which is just coming to the country. Experts contend that Slovak companies are not yet fully using the potential offered by online advertising and add that younger internet users view ads and media differently than their elders and for that reason online ad campaigns must be more focused to bring the results desired by advertisers. 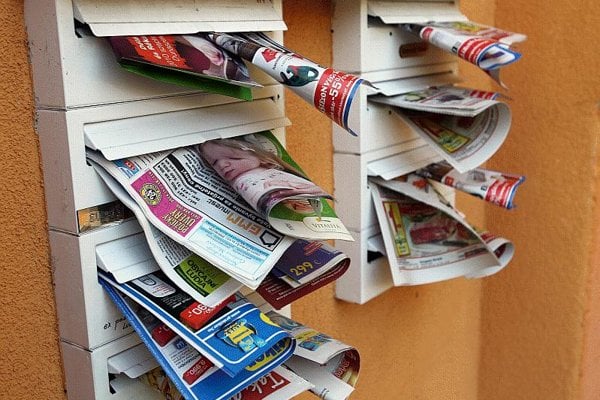 INTERNET-based advertising continued to grow last year but forecasts of a coming economic crisis may negatively affect how much advertisers are willing to spend in 2012. Other factors that are expected to impact Slovakia’s online advertising market are the growing popularity of advertising on social networks and the potential for advertising on tablets and other mobile devices, a development which is just coming to the country. Experts contend that Slovak companies are not yet fully using the potential offered by online advertising and add that younger internet users view ads and media differently than their elders and for that reason online ad campaigns must be more focused to bring the results desired by advertisers.

“In 2011 it first looked like the development [of online advertising] would go in a positive direction but from the third quarter advertisers began to be thrifty due to forecasts about the return of the [economic] crisis,” said Veronika Pizano, the executive director of the Interactive Advertising Bureau Slovakia (IAB Slovakia), the successor to the Association of Internet Media (AIM), in describing the situation of internet-based advertising in Slovakia for The Slovak Spectator, adding “there is a similar situation in the markets of neighbouring countries, while expenditure on internet-based advertising in the US is continuously rising”.

Other experts note that global internet kingpins and social networks are also affecting the Slovak market and are actually taking pieces of the internet-based advertising cake away from domestic online media.

Alexander Máťuš, executive director of the Slovak branch of ZenithOptimedia, a global media services agency, told The Slovak Spectator that the domestic market is affected by significant annual growth in market share by large global players such as Google and Facebook, cutting into the revenue of Slovak online media companies. He added that this may negatively impact the competitiveness of Slovak online portals as well as their direction and further development over the long term.

Tomáš Gregor from Gemius Slovakia, the Slovak arm of an online market research company, told The Slovak Spectator that in addition to Google opening an office in Slovakia the acquisition of the Azet internet portal by the Ringier Axel Springer publishing house was the other most important event in internet-based advertising last year in Slovakia.

Growth, but at a slower pace

Based on data collected by IAB Slovakia, Gregor estimated the amount of internet-based advertising at over €42 million in 2011, an increase of 15 percent from the previous year, while adding that according to IAB Europe’s AdEx 2010 analysis, internet-based advertising had a 5.4 percent share of the entire Slovak advertising market in 2010. Máťuš estimates the share by the end of 2011 to have been 10 percent and still growing.

“But with respect to the decline of the media market this figure still also means just moderate growth in online [advertising] expenditure and with some of the increased share going to social networks or Google, Slovak online players are operating at the level of stagnation,” Máťuš said.

IAB Slovakia currently has data on spending on internet-based advertising only for the first three quarters of 2011, which show a total volume of €30.8 million, a 20-percent year-on-year increase.

“During the first two quarters we registered year-on-year growth while the third quarter brought a moderate decrease,” Pizano of IAB said. “We will see how the fourth quarter, the Christmas one, looks. I estimate the internet share of the whole advertising cake to be somewhere between 12 and 15 percent, but it is difficult to be more specific as methodologies for the internet and other types of media differ.”

Máťuš added that advertisers are starting to focus more on performance, desiring more precise measurement of sales to online visits or other indicators of what an online campaign has accomplished.

“But one should not forget that online advertising can also mediate brand-building, especially via interactive display formats which are experiencing a renaissance not only in Slovakia but also in the Czech Republic and western Europe,” Máťuš stated.

Tablets not a factor yet

While the number of tablets and similar portable internet devices is increasing in Slovakia, experts do not believe their use is yet having any significant impact on advertising.

IAB Slovakia has registered a relatively steep increase in visiting internet sites on mobile devices and expects a rapid increase in the future. As the prices of smart phones as well as mobile internet connections decrease, experts believe mobile devices will become more affordable to more internet users.

“Tablets will also become more and more popular but I do not expect that they will cause any fundamental revolution in Slovakia during the next two years, especially with regards to digital publishing,” Pizano stated. “At this time it is more of an amusement than a need for users as well as publishers.”

Gregor stated that the recent arrival of tablets in Slovakia has not yet had any significant impact on the advertising market because the proportion of people owning a tablet is currently low.

“Of course, this will change because tablets are the ‘new computers’ optimised for consuming content and also of related advertising,” Gregor added. “The question is the speed of the penetration of these devices into Slovakia.”

Gregor said that social media sites such as Facebook have had a negative impact on Slovak media, taking a piece of the available advertising cake, while Pizano believes that social networks are changing many aspects of online marketing.

“The interaction of companies or brands with consumers is moving to a new level,” Pizano said, adding that for advertising agencies this requires new creativity. “We have already witnessed that use of social media by companies is not just an eccentricity but is inevitable.”

Máťuš divides advertisers into three groups, with the first group being oriented on performance using especially PPC (pay-per-click) formats, and the second group taking a balanced approach by using the whole range of online advertising formats: display to support the brand and product, PPC, and social networks to create closer relationships with customers. He said the third group of advertisers do not understand the online environment and do not use it in ad campaigns or use it incorrectly.

These experts see huge opportunities for domestic companies to use internet-based advertising, stating that the internet provides the best opportunity to run creative advertising campaigns while noting that its current low share of total advertising in Slovakia, in comparison with more developed countries, offers clear potential.

“On one hand, companies in general should integrate their marketing communication and use all media types as well as possible,” Pizano said. “Simultaneously, they should realise that internet users, especially younger ones, react to ads and media in a different way. For that reason it is much more important in internet-based advertising to have a certain goal for the campaign, either you are building a brand or you want to convert purchasers.”

Gregor also believes there is still a huge opportunity in the Slovak market and predicts that firms that offer more effective internet-based advertising and can simultaneously sell this advantage to advertisers will experience tremendous growth.

Pizano of IAB Slovakia expects that advertisers will continue to be cautious in 2012 and that if advertising expenditure increases it will do so only moderately. She also predicts that the mix of individual kinds of online advertising will remain unchanged.

“The development and the general mood in the market will be an important factor,” Pizano noted. “Simultaneously, we will see excellent creative internet campaigns that achieve sound results which will allow agencies to persuade advertisers to invest more and more into advertising online.”

The share of the Slovak market captured by global players like Google and Facebook will be one of the factors that will continue to influence the Slovak online environment, according to Máťuš.

“Maybe naively I hope that the dominance of these near-monopolies will gradually decrease because every monopoly negatively influences the market,” Máťuš stated, adding that this can be seen in an arrogant approach by Google towards advertising agencies as well as to advertisers.

Because of the low share of internet-based advertising and still growing internet usage in Slovakia, Gregor sees an opportunity in the country for all kinds of online advertising: display, search and classifieds, as well as rich media and video ads. But he adds that the ability to measure the effectiveness of a certain type of ad in comparison with others will be a determining factor as well.