IT IS ALMOST a habit for the incoming EU Presidency to announce that it is taking over the office at a historic moment. I hardly risk being accused of exaggerating if I say that this is indeed the case this time for the Danish EU Presidency. 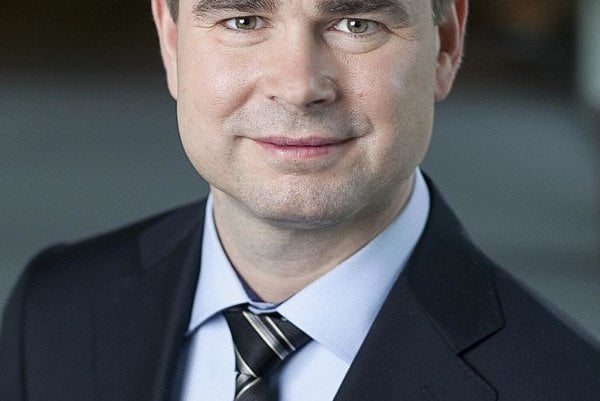 IT IS ALMOST a habit for the incoming EU Presidency to announce that it is taking over the office at a historic moment. I hardly risk being accused of exaggerating if I say that this is indeed the case this time for the Danish EU Presidency.

It is at any rate a historically difficult moment. Recently, German Chancellor Angela Merkel spoke of an “existential threat”, the President of the European Commission, José Manuel Barroso, referred to the present situation as “perhaps the greatest challenge in the EU’s history” and President Sarkozy asked “what will be left of Europe if the euro goes”. The dramatic summit in Brussels on December 8 and 8 underlined the gravity of the situation that the EU finds itself in and how much is at stake. The group of euro countries succeeded in demonstrating an ability to act and took a number of important decisions regarding fiscal stability and budget discipline. These decisions are of great importance for Denmark because Denmark’s economic stability is heavily dependent on stability in the euro area.

Regardless of the important decisions taken at the recent summit, the crisis in the EU will continue to be an overriding concern influencing the agenda of the Danish EU Presidency, which started on January 1, 2012.

The primary task for our Presidency will be to unite Europe and build bridges between the Member States that participate in the euro and the Member States that stand outside. The Danish Presidency must also help restore the confidence of the markets and European citizens in the European project.
This is a great challenge because there are no easy quick-fix solutions.

Neither the markets nor European citizens are persuaded by talk and grand declarations. Only through action and concrete results will we be able to uphold and keep the cooperation intact and demonstrate that European cooperation has the answer to the challenges we are facing.

Some might think that the current crisis should mean that we roll back cooperation in the EU; that the EU should give up the euro, that we should reintroduce border controls and that the Member States should instead seek national solutions.

The Danish Government does not share this view. The government’s position is clear: the European challenges require European solutions, and the solution to the crisis will not be to turn our back on Europe, but to seek influence and pursue Danish interests when decisions are made in the EU.

The first step towards finding a solution to the problems is to look inwards. Let us be frank: parts of Europe have acted in an economically irresponsible manner and this has damaged the common European project. At the moment, Europe is characterised by low growth rates and declining competitiveness; Europe’s leadership in the green sector is under serious threat; and globalisation, the growing pressure from refugee flows and international crime, make it necessary to put in an extra effort in keeping Europe safe.

The Danish Presidency will work hard to secure specific results in these areas, and thus bring the EU out of the economic crisis – and out of the confidence crisis.

It is an ambitious agenda. But it is the agenda that Europe needs.

First, we must ensure a more responsible economy in Europe. The decisions taken at the summit on December 8-9 represent an important step for future budget discipline in the euro area. In the coming months, work will be done on clarifying how these decisions are to be implemented in practice.

At the same time, it is important to maintain focus on ensuring that Member States continue their concerted efforts to put their own houses in order by implementing necessary reforms and exercising budget discipline. During the Danish Presidency, we will for the first time use new stricter budget rules.

The Danish Presidency will also need to work towards securing the adoption of the EU’s Multiannual Financial Framework for 2014-2020.

These are difficult negotiations focusing on how large the EU budget is to be and what the funds are to be used for, including how much is to be allocated to the agricultural policy, the cohesion policy, research, transport, energy, and so forth. As the Member State holding the Presidency, Denmark will move the negotiations as far forward as possible so as to pave the way for an agreement to be reached during the second half of 2012.

During the Presidency, we will also work on restoring momentum to economic growth. In 2012, the single market celebrates its 20th anniversary.

In my view, the single market has been a huge success. During the first decade alone, 2.5 million extra jobs were created, contributing to €900 billion in extra prosperity. This corresponds to €6,000 per family household. However, technological developments move rapidly, providing new opportunities. Therefore, the single market needs to be expanded and digitised.

The Danish Presidency will work towards achieving its goals in relation to some of the 12 specific initiatives aimed at helping to stimulate new growth in Europe. We must, for example, reduce the bureaucratic burdens for small and medium-sized enterprises. And we must increase consumer protection when we shop online, as well as make it cheaper for people to use their mobile phones when abroad. Such very specific initiatives within the single market can contribute to boosting growth and dynamism – which is essential without burdening the public purse.

Next, we will use the Presidency to set a proactive green-growth agenda at the European level. Otherwise, we in Europe risk losing future knowledge-intensive jobs to countries such as the USA, China and India.

Specifically, the goal of our Presidency is to make agricultural subsidies and the structural fund policy greener. We will also endeavour to establish benchmarks for future energy policy in the EU, set more ambitious European standards for energy efficiency and work for an improved energy infrastructure that ties Europe’s supply networks together. We must remember that common EU rules that apply to 500 million Europeans have a far greater effect, both in relation to climate and green market opportunities, than Danish rules that apply to only 5.5 million Danes. If we wish to increase green growth in Europe, it will therefore require increased European cooperation.

Lastly, during the Danish Presidency we will also focus on the enormous challenges that the EU is facing at our external borders.

These challenges need to be addressed if we are to guarantee the safety of European citizens. The Schengen cooperation faltered when the Arab Spring erupted at the beginning of this year, causing thousands of North African refugees to seek Europe. Today, it is clear that there is an urgent need to tighten control at the EU’s external borders and to strengthen the Schengen rules. The good news is that during the Danish EU Presidency we will have the opportunity to deliver several important results within the Schengen cooperation and asylum field. We will also have the opportunity to strengthen the opportunities to fight terrorism and ensure the procedural rights of European citizens. However, due to our opt-out on justice and home affairs, Denmark is unable to enjoy the benefits that we will help to secure for the other citizens of Europe during the Danish Presidency.

It is a major task that Denmark faces. However, I am convinced that we are well prepared to undertake this task.

The entire government will be involved in the efforts and the stage is set for close political cooperation between the government parties, the Liberal Party and the Conservative Party.

I am also certain that Denmark, thanks to our pragmatic and results-oriented approach to EU policy and our ability to act as a credible and competent negotiator, can contribute to upholding and keeping European cooperation intact and move Europe forward.