FAIRS and exhibitions in Slovakia are feeling the sting of global economic problems just like their counterparts in other countries. The number of events staged in Slovakia and the number of exhibitors has fallen and some annual events have moved to a biennial format. Companies engaged in organising and staging fairs and expos are seeking to broaden their business activities by also organising concerts, social events, congresses and company presentations to more fully utilise their premises. These event organisers must also cope with competition from the internet and other new communication technologies, but they are also using these communication methods to improve their fairs and exhibitions. Owners of exhibition premises firmly believe that the opportunity to have face-to-face contact at a fair or expo cannot be replicated by other means and that exhibitors and visitors alike will continue to seek this kind of personal experience. 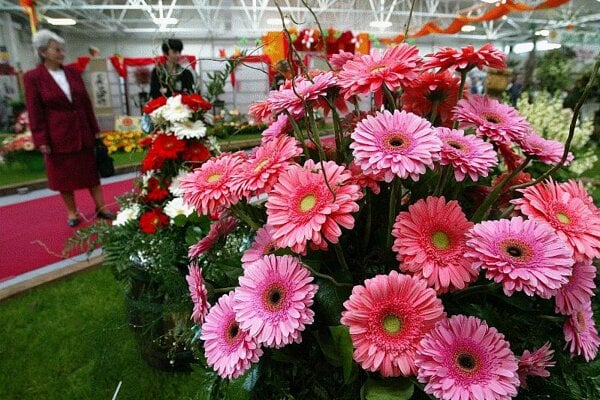 FAIRS and exhibitions in Slovakia are feeling the sting of global economic problems just like their counterparts in other countries. The number of events staged in Slovakia and the number of exhibitors has fallen and some annual events have moved to a biennial format. Companies engaged in organising and staging fairs and expos are seeking to broaden their business activities by also organising concerts, social events, congresses and company presentations to more fully utilise their premises. These event organisers must also cope with competition from the internet and other new communication technologies, but they are also using these communication methods to improve their fairs and exhibitions. Owners of exhibition premises firmly believe that the opportunity to have face-to-face contact at a fair or expo cannot be replicated by other means and that exhibitors and visitors alike will continue to seek this kind of personal experience.

“The economic crisis has hit all companies engaged in the fair and exhibition business within Europe,” Alexandra Hečková from the marketing and PR department of Agrokomplex-Výstavníctvo Nitra told The Slovak Spectator. “The European average was a 20- to 25-percent drop.”

Hečková said fairs and exhibitions must have a genuine commercial character because costs for participation in these events are very high and a return on the invested money is not always guaranteed, adding that presenting novelties each year cannot always be guaranteed for certain branches of industry.

“Many producers, sellers or service providers – potential exhibitors – thoroughly think over where to place their [marketing] funds,” Kleinová stated, adding that promotional activities and other forms of marketing communication fall within a company’s overall hierarchy of activities and that negatively affects the segment of fairs and expos.

Kleinová also identified modern communication technologies as another factor affecting the sector, noting that these methods are forms of competition for traditional face-to-face events.

“This has been known for some years and I think that this somewhat fictitious problem is solved naturally by a fusion of current as well as future communication technologies with various forms of marketing communication along with organising fairs and exhibitions,” Kleinová stated.

Dušan Kováč from the firm BB Expo, which organises fairs in the Banská Bystrica area, perceives fairs and exhibition as an important and indispensable part of companies’ marketing.

“Even though companies are more and more using other forms of marketing communication and are moving their investments in this direction, participation at an exhibition or a fair is still a very important element in communication with customers,” Kováč stated, as quoted in the Stratégie monthly, adding that newer forms of communication, especially those on the internet, should serve to support a firm’s participation at an exhibition and not be a replacement.

Trends in the sector

Hečková indicated that the trends in central Europe mimic developments across Europe and that one noticeable trend is for fairs and exhibitions to be “boxed off” according to the products being exhibited and whether the primary target audience is experts in that particular field or public visitors.

Another trend is for exhibition and fair premises to offer a comprehensive package of services to exhibitors from the very first planning of the exposition, promotion before as well as during the exhibition or fair, and then assessment of its results.

Kleinová listed modernisation of facilities and better marketing methods as well as seeking to provide services in an optimal ratio of quality and price as other trends.

“All activities are being rationalised and made more effective and models of exhibition and fair events with a high added value are being created to bring the client, the exhibitor, the biggest effect possible,” Kleinová said, adding that this is a clear response by firms to the current market situation and is not just mimicking developments from abroad.

Experts note that the general public and lay visitors to fairs and exhibitions are looking for amusement, entertainment and a nice atmosphere and these needs must be satisfied.

“Thus, it is necessary to try to distinguish one’s exhibition from the competition – to be innovative and pay close attention to accompanying events,” Hečková said.

Martina Sekulová from Bratislava-based Incheba, the leader in the Slovak market for hosting fairs and expos, stated in Stratégie that before shopping centres, showrooms or large specialised shops existed, consumers needed to spend a lot of time to get the information about products and noted this is why fairs and exhibitions were so popular. She added that now quite a lot of information is available on the internet and sometimes online prices are even lower than in bricks-and-mortar shops. But she added that a computer screen cannot replace the multi-sensory impact that fairs and exhibitions offer to visitors.

Fair and exhibition organisers registered a revival in business at the beginning of 2011 but later in the year the mood among exhibitors worsened, negatively affecting the number and scope of fairs and exhibitions, Sekulová said, adding that some particular events registered an increase in visitors, such as the regular tourism fair organised by Incheba each January. Incheba organised over 40 exhibitions and fairs in 2011.

Agrokomplex in Nitra is state-owned and had to deal with a number of personnel changes in 2011 that did not contribute positively to its performance.

Hečková said the main aim of the Agrokomplex facility continues to be encouraging companies to adapt to the current economic climate by being more active in searching for new customers and new markets and in discovering new products and suppliers to achieve better results.

Some fairs organised by Agrokomplex, such as Agrosalón, an international trade fair for agricultural machinery, Lignumexpo, an international exhibition featuring machines, tools, equipment and materials for the wood processing industry, and the Autosalón car show, have changed from annual events to biennial events, a frequency that Hečková said is a common standard in Europe. She noted this is due to the relatively high costs for companies to participate on an annual basis and sometimes because it is difficult to bring novelties each year.

Agrokomplex added some new events in 2011: an international educational fair called Esotericism from A to Z and an exhibition called Health-Beauty-Relax as well as organising weekend Farmers’ Markets and bringing back its Christmas Market, Hečková said.

“We consider our Furniture and Living fair to be the most successful fair [of 2011] in terms of the number of exhibitors as well as visitors,” Hečková stated.

The Trenčín-based Expo Center reported an increasing number of visitors at its fairs and exhibitions focused on consumers and end-users.

“This is shown by a 36 percent increase in the number of visitors at the Vinum Laugaricio exhibition,” Eva Majerníková from Expo Center’s marketing department told The Slovak Spectator, adding that its other traditional events like the Beauty Forum Slovakia, the Aqua international water management exhibition, the ELO SYS international trade fair for electrical engineering and telecommunications and its Gardener fair have kept their high popularity in Slovakia. But Majerníková added that Expo Center has also started to organise and host more cultural and social events and presentations by companies in order to better utilise its facility.

SVT, based in Spisšká Nová Ves, which organises recurring events such as Tatra-Expo and Spiš-Expo focusing on construction and lifestyle as well as other one-off events, reported that it held only four expositions in 2011 in comparison to five or six per year before the economic crisis. But Kleinová said the aggregate exhibition area for events it held in 2011 increased to 5,900 square metres, 480 square metres more than in 2010, and that the number of visitors was in line with the firm’s long-term average.

Organisers of fairs and exhibitions want to continue to improve their flagship events in 2012, adding innovations and enhanced accompanying programmes as well as new projects and concepts.

Hečková said Agrokomplex will seek to bring back past exhibitors in 2012 as well as find new exhibitors, and has several new projects in the pipeline. She added that finding new exhibitors is challenging because the market is already divided up among existing exhibition firms .

In response to interest from exhibitors and visitors Agrokomplex has organised a car show for this autumn, Hečková said, also mentioning other novelties such as its Young Creator and Expo Schola exhibitions and expansion of one of its flagship events, the International Engineering Fair. It is also starting up farmers’ weekend days because more primary food producers have shown an interest. She added that Agrokomplex would like to use its premises for concerts and congresses and has renovated its K exhibition pavilion to serve as a congress centre.

Expo Center in Trenčín said two of its novelties for 2012 will be Tour Expo in May, an exhibition of cross-border tourism between neighbouring Slovak and Czech regions, and Senior Expo, scheduled for the second half of the year, with Majerníková adding that Expo Center hopes that the stress it is putting on creative accompanying programmes will be of interest to both expert and lay visitors and bring higher revenue compared to 2011.