ONE thing political ethics watchdogs and senior politicians can agree on, just weeks ahead of Slovakia’s March 10 parliamentary elections, is that the Gorilla file, containing alleged transcripts of secret recordings of senior politicians, government officials and businesspeople made by the country’s main spy agency in 2005-6, must be thoroughly investigated. If authentic, the file would indicate that high-level state corruption was widespread at the time. 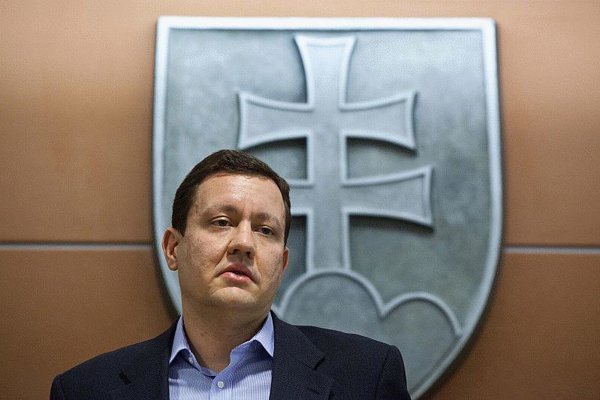 ONE thing political ethics watchdogs and senior politicians can agree on, just weeks ahead of Slovakia’s March 10 parliamentary elections, is that the Gorilla file, containing alleged transcripts of secret recordings of senior politicians, government officials and businesspeople made by the country’s main spy agency in 2005-6, must be thoroughly investigated. If authentic, the file would indicate that high-level state corruption was widespread at the time.

Interior Minister Daniel Lipšic (Christian Democratic Movement, or KDH) confirmed on January 19 that an intelligence operation code-named Gorilla did exist and, he said, was carried out legally by the Slovak Information Service (SIS), the country’s main intelligence agency. Lipšic said it could be proved that between 2005 and 2006 serious suspicions of corrupt activities by certain financial groups and other persons were documented through intelligence activities, the SITA newswire reported.

Lipšic also announced that the police Office for the Fight Against Corruption under the leadership of former director Tibor Gašpar had had a copy of the Gorilla file but ordered its illegal shredding in 2008, SITA wrote. Gašpar denied illegally shredding any documents.

Lipšic has established a special team consisting of ten senior investigators drawn from police anti-corruption and organised crime units as well as the ministry’s own inspectorate to investigate the Gorilla case, which has been dominating Slovak politics in the run-up to the March 10 general election.

The most recent poll has shown a deterioration in support for the Slovak Democratic and Christian Union (SDKÚ), whose leader was prime minister at the time the Gorilla file was purportedly compiled. Meanwhile, the investigation of the file will now be overseen solely by the independent Office of the Special Prosecutor.

A separate team of prosecutors established on January 10 by the deputy general prosecutor had previously begun inspecting the case, the SITA newswire reported. Some observers had warned that multiple investigations could generate a bureaucratic turf war and complicate the inquiry.

The police’s Office for the Fight against Organised Crime has asked President Ivan Gašparovič to relieve the current head of the SIS, Karol Mitrík, of his oath of secrecy in order to allow him to cooperate with the inquiry. The Gorilla file is supposed to be the result of an SIS probe carried out 2005-6. Mitrík was nominated by the SDKÚ; his predecessor, Jozef Magala, was a nominee of the opposition Smer party.

The file, whose provenance has not been proved and which has not been published in full by any major media outlet but is available on the internet, implies high-level political corruption under the second government of Mikuláš Dzurinda. It has already cost Anna Bubeníková, a nominee of the Slovak Democratic and Christian Union (SDKÚ), her top job at the National Property Fund (FNM), Slovakia’s privatisation agency. The file suggested that she had served as a go-between for Jaroslav Haščák, co-owner of the Penta financial group, and the FNM, where she also worked in 2005.

After being named in the Gorilla file, Milan Krajniak, advisor on Roma crime to Lipšic resigned from his post on January 13, as did Stanislav Janota from his job as director of the Defence Ministry’s St Michael’s Hospital in Bratislava. The deputy chairman of the Slovak Electricity Transmission System (SEPS), Jaroslav Grošaft, a nominee of the SDKÚ, also quit. The departees rejected claims about them included in the Gorilla file.

Prime Minister Iveta Radičová wrote a letter to Mitrík enquiring about the circumstances around the Gorilla file and said she expected an answer from him by the end of the month, SITA reported.

Radičová said that the case has two dimensions for her: one is the description of political corruption and cronyism; the other is the work of the intelligence service. The prime minister posed the questions: “For four years had it [the file] been under the rug; or where was it? What did they hand over to the police in those years? What did they give to investigators?”

She also wondered exactly when the SIS had unearthed suspicions about potentially illegal links between officials and businessmen and whether a court had issued a warrant to tap phones and make covert recordings at the time. Radičová also wants to know whether the SIS provided information on organised criminal activity to the police and prosecution.

Radičová earlier suggested that politicians should consider what consequences they themselves should draw from the Gorilla file: “It is up to the political parties and political representatives how they decide,” according to SITA.


Freedom and Solidarity (SaS) chairman Richard Sulík told TV Markíza on January 15 that former prime minister and current SDKÚ leader Mikuláš Dzurinda as well as Finance Minister Ivan Mikloš (also SDKÚ) should leave politics for good since “new suspicions emerge towards the over-serving politicians who have been here for 20 years”. Neither Dzurinda nor Mikloš, however, are directly named in the file.

Lipšic on January 15 said it would be interesting to hear what the SDKÚ has to say about Gorilla. He has stated several times that if suspicions about those named in the file turn out to be true they will be held criminally responsible.

“Since my arrival, the police have had their hands unbound,” Lipšic told public broadcaster Slovak Television (STV), adding that everything would be checked: property holdings, accounts and even foreign transactions, and that Slovakia would cooperate with other countries as well.

“Maybe we will start dividing politicians into Gorillas and non-Gorillas,” Economy Minister Juraj Miškov (SaS), said during the same STV talk show. Lipšic agreed, adding that the political spectrum should be divided not into left-wing and right-wing parties but rather those who have “clean hands and those who have something to hide”.

Dzurinda on January 15 described the discourse that had emerged around the Gorilla file a “political circus”. He pondered why the circumstances around the file had not been properly investigated under the government of Robert Fico, which was in power between 2006 and 2010.

“Why, in more than a year and a half, did the interior minister [i.e. Lipšic] not create a political scandal around it? And why have we not addressed it at ruling coalition meetings? And why are we [seeing] such a political circus around it two months before the parliamentary elections?” Dzurinda asked, as quoted by SITA.

Meanwhile, the results of the latest political opinion poll, the first to be conducted since the Gorilla file hit the media, indicate that the allegations are affecting public opinion. The SDKÚ, formerly the pre-eminent party on the right, attracted the support of less than 10 percent of respondents. The poll, conducted by the MVK polling agency between January 5 and 11, found that the party was supported by only 9.3 percent of respondents and had been surpassed in popularity by one of its governing partners, the KDH, which received 9.6-percent support. The opposition Smer party emerged the overwhelming leader in the poll, scooping 40.1-percent support among the 1,145 respondents who took part. Such a result, if repeated in the general election on March 10, would leave it with 75 of the 150 seats in parliament. Smer would be followed by the KDH (18 seats) and the SDKÚ (17 seats).

Most-Híd received 7.7 percent (equivalent to 15 seats), while Freedom and Solidarity got 7.1 percent (13 seats) and a new party, Ordinary People and Independent Personalities, received 6.3 percent (12 seats). The Slovak National party (SNS), with less than 5 percent, would not reach parliament.

Political scientist Miroslav Kusý said he believed that the results of the survey were affected by the Gorilla file, SITA reported. He said that the KDH had benefitted most from its publication.


Penta’s lawyers, Skubla & Partneri, who represent Haščák, wrote to the owners of the internet servers where the Gorilla file has been posted demanding that they take down the file immediately, Sme reported on January 18. Haščák has previously denied that the contents of file are accurate.

Penta spokesman Martin Danko said that the lawyers’ letter was addressed to 17 web servers and that seven had already taken down the Gorilla file. However, the first server to publish the file is located in the United States, according to the daily, and hence beyond Slovak jurisdiction.

According to Sme, Penta also intends to sue journalist Tom Nicholson, who obtained the file two years ago and has recently commented on the case.

The lengthy document comprises transcripts of apparently covertly recorded conversations which imply corrupt dealings between senior state officials and the Penta financial group during the second Dzurinda government. It features the name of Haščák, Penta’s co-owner, and purported conversations and connections between him and ruling coalition politicians from the period, including former economy minister Jirko Malchárek, a nominee of the now-defunct New Citizens’ Alliance (ANO), plus some members of the Smer opposition party, Sme wrote.

Haščák, according to the document, discussed with Smer leader Robert Fico “cleaning processes” within his party which removed Fedor Flašík, the husband of current MEP Monika Flašíkova-Beňová – both of whom were, in 2005-2006, key figures in Smer – and possible post-election arrangements following the 2006 election, the TASR newswire reported.