THE LIVE television talk show Lampa, broadcast by public-service Radio and Television of Slovakia (RTVS), will present five more editions before the March parliamentary elections. But the the process of negotiating a new contract between RTVS and the show’s creators to air them became the subject of a public shouting match this month as both sides sent barbed comments back and forth via the media. The show’s previous contract expired at the end of 2011. 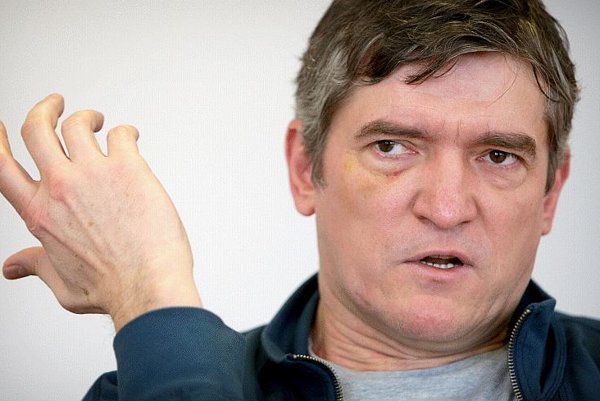 THE LIVE television talk show Lampa, broadcast by public-service Radio and Television of Slovakia (RTVS), will present five more editions before the March parliamentary elections. But the the process of negotiating a new contract between RTVS and the show’s creators to air them became the subject of a public shouting match this month as both sides sent barbed comments back and forth via the media. The show’s previous contract expired at the end of 2011.

The Sme daily wrote that Štefan Hríb, one of the creators of the show, started the public spat by publishing a video on the website of the Týždeň weekly (of which he is editor-in-chief) on January 12 in which he criticised RTVS’s original decision to not broadcast Lampa before the parliamentary elections. Though the parties completed their negotiations by signing a contract on January 16, their exchange of insults over a four-day period captured public attention.

Hríb told Sme that the public broadcaster was scared by the forthcoming elections because guests appearing on Lampa often discuss sensitive issues, adding that “RTVS does not have the courage and power to be free”.

The management of RTVS rejected that accusation and explained that they wanted to postpone the start of the programme because RTVS did not believe it had the capacity to produce the show during January and February. The head of RTVS, Miloslava Zemková, also told Sme that RTVS wanted to tighten control of its live talk shows and programmes in the period before the elections in order to comply with the election law.

Hríb responded that RTVS should expect controversial issues to be discussed in the media before the election and also denied speculation that his show would invite Martin Mojžiš, a candidate for the Ordinary People and Independent Personalities party who also writes for the Týždeň weekly, to appear.

Andrej Miklánek, the programme director of Slovak Television (STV), then responded on January 14 with an open letter to Hríb published on Facebook in which he criticised Hríb’s statements, stating that RTVS wanted to continue broadcasting Lampa and that the station was not fearful of controversial issues such as the so-called Gorilla file.

“Štefan, many people in STV and also in the management [of RTVS] have the feeling that you do not respect us and believe that it is our duty to broadcast Lampa, otherwise we are automatically considered television that is not free,” Miklánek wrote on Facebook, adding that he does not believe Lampa has a monopoly on truth, freedom and quality.

Miklánek further wrote that if Hríb regards the staff of RTVS as “idiots” he should not seek cooperation with them, adding that he expects Hríb to correct his statements as RTVS wants him to propagate a positive image of the public broadcaster, which he said is still criticised by the public even though it seeks to produce quality programmes.

“We are fighting with historical burdens of negative marketing which were loaded onto STV in the past (mostly during the era of Vladimír Mečiar [the former prime minister from the Movement for a Democratic Slovakia (HZDS)] but also later) which can be removed only by long and honest communication which will not be destroyed by an egocentric monster like you,” Miklánek continued.
Hríb then defended Lampa in an editorial published in Týždeň weekly on January 16 in which he wrote about the talk shows that preceded Lampa and why he thought they had to disappear, adding that broadcasting of Lampa “is in danger not because of its quality, audience or content but because of politics in the form of the elections”.

The new agreement between RTVS and Hríb means five programmes will be broadcast on Thursdays at 22:00 from January 19 to March 1, with a running time of between 120 and 145 minutes.
“The agreement till the elections is an intelligent solution for Lampa if it wants to continue [being broadcast] for a longer time,” Hríb told the Medialne.sk website, adding that both sides agreed on points that will ensure editorial freedom for the show.