Banská Bystrica on the road to its first city marathon

THE CITY of Banská Bystrica in central Slovakia held an ‘Epiphany Run’ through the city centre on January 6 in preparation for its first marathon, due to be held this September. 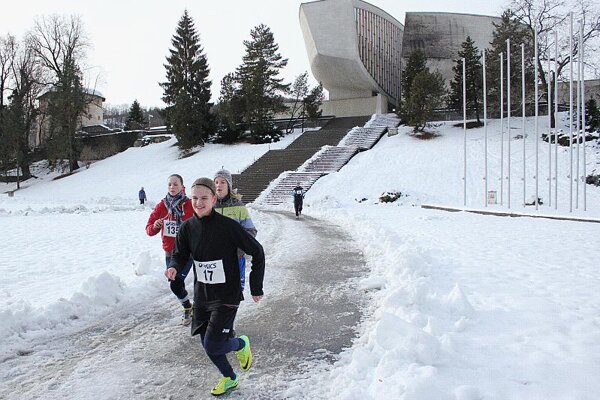 THE CITY of Banská Bystrica in central Slovakia held an ‘Epiphany Run’ through the city centre on January 6 in preparation for its first marathon, due to be held this September.

The January event sought to promote an active lifestyle among residents and to show that running is good for one’s health and can be done even in an urban environment.

The run was over a distance of 5.1 kilometres, starting in Štefan Moyzes Square and going through downtown areas, the main city park and the park adjacent to the city’s SNP Museum. It was free for runners as well as spectators.

Miroslav Štrba of the marathon organising team told the SITA newswire that this first run of the year had several levels of competition. The three top competitors in the men’s and women’s categories in the Epiphany Run automatically qualified for the September marathon. Štrba said the event was not meant only for athletes but also for those city residents who might have been inactive in the past but who want to embark on a more athletic lifestyle, perhaps to fulfil their New Year’s Eve resolutions.

The mayor of Banská Bystrica, Peter Gogola, participated in the run after making a bet with ice hockey player Vlado Országh in September 2011 that in a year’s time he would run in a half-marathon. The city’s team for the September marathon is also offering a regular one-hour ‘Morning Run for All’ every Saturday that starts at the park by the SNP Museum.

“Each Saturday new people arrive to run and I believe this will become a tradition of this city – something like ‘all of Banská Bystrica runs on Saturday morning’” Štrba told SITA.