Army equipment deal to be investigated

ONE OF the most expensive public procurements ever undertaken by the Ministry of Defence is to be checked by police investigators after Prime Minister Iveta Radičová on January 30 filed a criminal motion with the police. 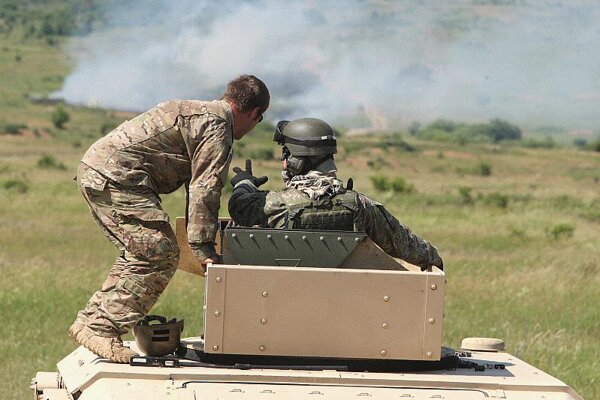 ONE OF the most expensive public procurements ever undertaken by the Ministry of Defence is to be checked by police investigators after Prime Minister Iveta Radičová on January 30 filed a criminal motion with the police.

The probe will look into the contract to establish MOKYS, a mobile communication system for the armed forces. Though the procurement process had been previously investigated by the Office for the Fight against Corruption after former defence minister František Kašický filed a complaint saying that the original tender was not transparent, that criminal prosecution was halted in 2008 after the police declared that there was nothing wrong with the tender.

Now Radičová, who also serves as acting defence minister, has said that there is legitimate suspicion that the state wasted public money through several disadvantageous deals closed at the ministry between 2005 and 2010, a time period when the ministry was under the control of two different governments. Moreover, she said that she had also stopped any further payments connected to the agreement until the investigation is concluded, the SITA newswire reported.

Former defence ministers, however, have denied signing any non-transparent agreements. Two ex-ministers from the second government of Mikuláš Dzurinda, which was in power until 2006 and under which the tender was launched, say that they do not know about the finalisation of the deal, while former ministers from Smer party, which controlled the ministry from mid 2006, say that they merely observed the terms of the agreements signed by their predecessors, SITA wrote.

“I do not know who signed the agreement,” said former defence minister Juraj Liška, who was nominated to the post by the Slovak Democratic and Christian Movement (SDKÚ) and who launched the original tender in summer 2005, as quoted by SITA. He added that he is “a million-percent sure” that it was not him and that he does not even know when it was signed.

The tender for MOKYS, which was worth Sk7.5 billion (about €250 million), was to enable battlefield communication between all units of the armed forces, from commanders to front-line soldiers. The system is also supposed to allow transmission of various data, including pictures, from the battlefield to headquarters. One of the conditions of the procurement was that armed forces’ communications via the system would be impossible to intercept.

Liška explained that the competition was entered mainly by companies already operating within NATO, which were judged to have sufficient experience in providing and administering such systems. The whole selection procedure was under the management of a special commission which in the end chose British military contractor BAE Systems. However, the second-placed bidder, the French firm Thales Communications, claimed that its bid was cheaper and complained to the ministry.

Despite the ministry postponing the closure of the deal with BAE Systems, the agreement was later signed in December 2005. Neither Liška, who resigned in early 2006 after a plane crash that killed 42 service personnel, nor his successor Martin Fedor, also from the SDKÚ, claim to know who agreed to the contract.

“I had no information about the selection procedure”, said Fedor, who at the time served as state secretary, i.e. deputy minister, at the ministry, as quoted by the Sme daily.
It was not immediately clear why the identity of the minister or ministry official who signed the original contract could not be verified.

The management of the ministry appointed after the 2006 elections by the newly-elected Smer-led government of Robert Fico complained about the public procurement process and the new, Smer-nominated defence minister František Kašický even filed a criminal motion with the police. However, after police stopped their investigation in 2008 the ministry said that it had to accept the agreement as signed. Moreover, the management of the ministry considered the system to be necessary and thus saw no reason to end it, the TASR newswire reported. Just before the parliamentary elections in 2010 then-minister Jaroslav Baška, another Smer nominee, signed an extension worth €60 million which prolonged the original agreement for another four years.

“The contract was due to expire in December [2009],” Baška said, as quoted by Sme, adding that “we were pushed by different sides” to sign the contract before it expired even though the ministry did not have enough money to pay for an extension. Baška also declared that the ministry later renegotiated the conditions for the extension and reduced the final amount payable by 50 percent.

Baška added that there was also a so-called ‘project committee’ whose members controlled the tenders and monitored each others’ decisions, and he asserted that he, as minister, did not have the right to interfere in its activities.

The MOKYS contract was also cast into doubt by Ľubomír Galko, who was nominated as defence minister by Freedom and Solidarity (SaS) in 2010. He has said he believes that responsibility for the original contract, which he described as “non-transparent”, lies with the SDKÚ nominees who ran the ministry in 2005 and who, he said, did not select the cheapest bid. The extension signed by Baška, he said, could be considered “a political failure”, TASR reported.

Galko said that he also wanted to check the tender but was stopped by Radičová, who later sacked him after the media revealed that the VOS military counter-intelligence service had been wiretapping journalists with his knowledge. He said he was still willing to talk about his discoveries if investigators approached him, but refused to disclose further details on grounds of official secrecy, TASR reported.

In a statement, BAE Systems said the deal fully met the ministry’s requirements and that the development of the MOKYS system had made a positive contribution to the Slovak economy and generated more than 700 jobs.

The police will also check whether the ministry under Baška’s management paid up to €224 million for allegedly fictional services connected to the establishment of the MOKYS system, such as training, advisory services and technical support. Invoices for these services from 2008 were found during an inspection ordered by Radičová, the Hospodárske Noviny daily reported.

Though Baška has not denied that the ministry paid for such services, he claimed that he was not responsible for this.

“If it really happened, it was an individual mistake,” Baška said, as quoted by Hospodárske Noviny.