SLOVAKIA still occupies an unenviably low position in international rankings of innovation performance. This is despite declarations by successive Slovak governments that innovation is the only way for Slovakia to move forward economically and remain competitive. 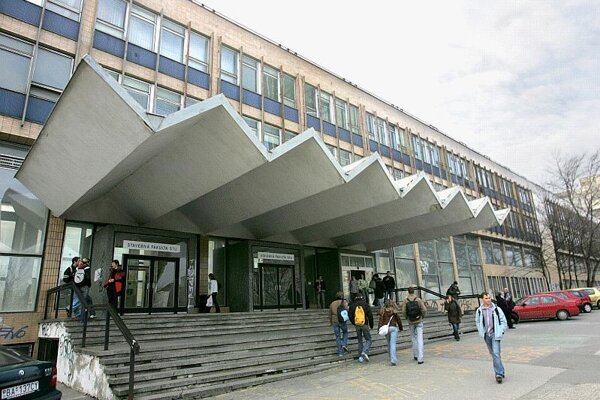 SLOVAKIA still occupies an unenviably low position in international rankings of innovation performance. This is despite declarations by successive Slovak governments that innovation is the only way for Slovakia to move forward economically and remain competitive.

The Slovak Economy Ministry noted in mid June 2011 that compared to other EU member states Slovakia is one of the so-called catching-up countries and its innovation performance is well below the EU27 average, the SITA newswire wrote.

Martin Bruncko, the government’s plenipotentiary for a knowledge-based economy, regards Slovakia's low innovation performance as one of the most important challenges facing the country.

“The Slovak economy is quickly approaching the point at which innovation will be the only possible driver of economic growth,” Bruncko told The Slovak Spectator. “If we don’t succeed in building a strong innovation base in the meantime, Slovakia will be largely doomed to declining competitiveness and stagnating living standards.”

Bruncko sees one of the main reasons that Slovakia is so far behind most EU countries in this area as the failure of any government to make addressing the innovation gap its top priority. This, he said, means that high-quality public policies and measures have been lacking, particularly in the areas of education and research and development (R&D).

Marián Peciar, pro-rector of the Slovak University of Technology in Bratislava with responsibility for cooperation with the commercial businesses, sees the growth of Slovakia’s innovation performance and hence competitiveness within the EU as being directly dependent on the sustainability and improvement of favourable economic and social development. According to him, widely-accepted business thinking has developed only slowly here after years of unfair market conditions, while attempts to revive a class of medium-sized businesses have repeatedly collided with a range of bureaucratic and legislative problems.

“The main problem is the weak competitive ability of the Slovak economy versus developed European, as well as world, economies, the relatively high unemployment and limited creation of new work positions, and the tie-in of key Slovak producers to foreign, multinational parent companies,” Peciar told The Slovak Spectator. “Innovation performance depends especially on the approach and actions of company managements, who are not currently addressing support for innovation activities and creation of innovation networks very creatively.”

Peciar believes that acceleration of innovation performance can be stimulated especially in small and medium-sized companies only by targeted education, introduction of proven processes, creation of jobs with added value, and stabilisation of a young generation with intellectual potential.
“Here Slovakia has to catch up with the developed countries of Europe,” said Peciar.

The Technical University of Košice views Slovakia’s low innovation performance ranking as a statistical indicator that can be seen as a warning; on the other hand it is also a challenge calling for efficient and intensive action and measures to improve the situation, according to Zlatica Dolná, assistant to the project manager of the University Centre for Innovation, Technology Transfer and Intellectual Property Protection (UCITT).

Ján Hudec of the Microsoft innovation centre at Matej Bel University (UMB) in Banská Bystrica said Slovakia’s low profile as a location for innovation is partly the result of what he called small state/nation syndrome and the country’s focus on manufacturing, along with educational decline and a brain drain.

“Slovakia has not focused on fields in which it could have achieved positive innovation results,” said Hudec. “We want to do everything, and thereby dissipate our energies as well as funds. Investment stimuli are not going into the strategic sectors of science, research, education and innovation, but to support production. Thus, in spite of proclamations by politicians about the knowledge-based economy, Slovakia is only a manufacturing workshop. Innovations can be conceived in workshops, but this is not the place where globally marketable patents are created.”

Hudec pointed to what he described as the declining education sector as another reason for Slovakia’s weak position in innovation. He said education remains at the periphery of public interest.

“Each government arrives with education reforms but none of them has evaluated the benefits or damage caused by the previous ones,” said Hudec.

He also pointed to what he said is a declining interest among young people in being creative and innovative.

“Subjects that create the preconditions for creative thinking, such as maths, physics and chemistry, have become unpopular in basic schools,” said Hudec, adding that even though he has been teaching at university for only 12 years he has seen the number of students willing to think in innovative and creative ways shrink significantly. “Demotivated teachers, who have been without proper financial and moral appraisement, do not perform miracles.”

“Since we are a small nation the missing ‘innovative brains’ are a significant reason for the weak innovation performance of Slovakia,” Hudec said.

Bruncko and his team have elaborated a strategy called Minerva 2.0, to build an economy based on locally-grown ideas and innovations that will create stable, quality workplaces and generate economic growth in the coming years. Bruncko said he is happy that this strategy has attracted broad support from social partners and leaders across a broad political spectrum, and not just within the current government.

“Minerva is a strategy focused precisely on addressing this gap [in innovation performance] in a comprehensive and systematic way,” said Bruncko. “It consists of a critical mass of 26 targeted measures in all areas of the innovation ecosystem – from education, through R&D, to entrepreneurship.”

Over the years several innovation centres and technology incubators have sprouted in Slovakia.
“The impact of these institutions could be very positive if they are implemented highly professionally and in line with best practice from around the world,” said Bruncko. “Most importantly, they have to be highly integrated with the 4-5 largest research universities and the Slovak Academy of Sciences. Otherwise it will be just another very expensive waste of public money.”