THE EXHIBITION Naples - Florence - Venice / Italian Travelogue Photography currently running at the Slovak National Gallery (SNG) has – apart from its obvious aesthetic value – a double historical role: it documents not just the albumen phase in the development of photography, but also its role in the nineteenth-century expansion of travel and, with it, tourism. 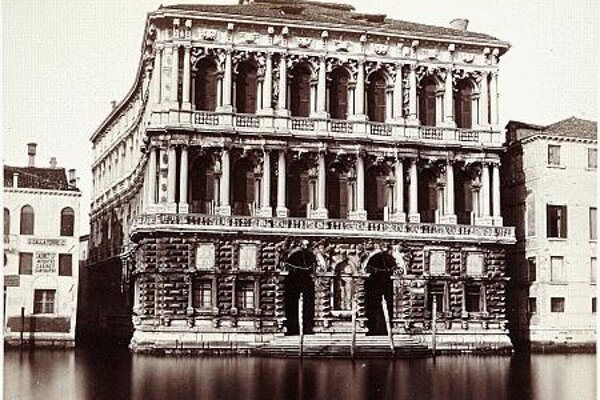 THE EXHIBITION Naples - Florence - Venice / Italian Travelogue Photography currently running at the Slovak National Gallery (SNG) has – apart from its obvious aesthetic value – a double historical role: it documents not just the albumen phase in the development of photography, but also its role in the nineteenth-century expansion of travel and, with it, tourism.

The photographs, which probably come from the library of the aristocratic Steiger-Zamoysky family and are a private donation, date back to the second half of the 19th century. “The incentives for the exhibition have been threefold,” Lucia Almášiová, curator of the SNG, said during an accompanying lecture. “The gift itself; the chance to show a different genre and technology of photography than we showed recently – mostly concentrating on modernism; and thirdly to show this maybe not vast, but important, collection of 19th century photographs. This set of photos, which probably spans almost 50 years (although it is often difficult, or possible only thanks to some period details, to tell the precise date of the pictures), can show the growing use of photography for commercial and later even promotional purposes,” she added.

After photography had been invented – and it underwent a long and sometimes technologically innovative development – it was for some time available only to rich people. As for travel photography, professional travellers sometimes invited photographers to join them and document their trips, while aristocrats also started to travel more and wanted to immortalise their voyages. Gradually, with the development of modern means of transport, especially the construction of railways, travelling became ever more popular and the middle class also set out on journeys. With the improving technology of photographs, it also became ever more affordable for businessmen and other members of the bourgeoisie. Governments and businesses also saw their chance and hired photographers to work for them, to help promote historical and natural riches that might lure travellers. The numbers of visitors to World Exhibitions grew from one event to the next, partially due to the new role of photography. The first companies that tried to transport people en masse – the predecessors of today’s travel agencies – owed a lot to the improving technology and availability of photography.

As for the technological side, the second lecturer at the SNG event, which was called Italian Breakfast and took place on January 29, Božena Marušicová from the Slovak National Archives, explained the method of albumen printing used to produce the photos in the collection. The albumen print was invented in 1850 by Louis Désiré Blanquart-Evrard and was the first commercially exploitable method of producing a photographic print on paper, becoming the dominant form of photographic positives from 1850s to the turn of the 20th century. Albumen is a mix of proteins from egg-white that was used – together with salt – to make the photographic paper, which was then dried. The albumen sealed the paper and created a glossy surface for the sensitiser. The paper was then dipped in silver-nitrate solution and water, thus becoming UV-sensitive. It was then dried in the absence of UV light, placed in direct contact under a negative, and exposed to light until the image achieved the desired level of darkness. The advantages of the albumen method were its good contrast and ability to show details, as well as its easier and cheaper preparation, including in mass quantities. Its disadvantages – and the reason why it was later replaced by the collodion process – were the longer time needed for exposure, ten minutes compared to several seconds in the case of collodion, and also its tendency to turn yellow with time. Marušicová showed four photographs in one room of the exhibition which demonstrate several types and levels of decomposition that were frequent with albumen photographs.

The objects of the set’s photographs were buildings and landscapes in Italy. Almášiová explained that at first photographs took over the canon of traditional painting, before developing their own aesthetic and artistic rules. In the first type of picture, moving objects were undesirable, so they were most often devoid of people and animals, with just a few exceptions. The collection was probably made by six well-known photographers and several other anonymous ones; but photographers of the period often just took the pictures of other authors and used them in their own albums, books or prints under their own names. As the possessions of the Steiger-Zamoysky family were confiscated and divided, it is difficult to say for certain that the collection belonged to them, much less to find out more about the dates, origin or authors of the photos (unless they are directly dated and signed). Even knowing this little, the photos are worth viewing and make for an interesting testimony of the history of Italy, photography, and even mass tourism in general.

The exhibition is showing at the Slovak National Gallery, in the Cabinet of Old Art, Vodné kasárne / Water Barracks in Riečna 1 (www.sng.sk), until February 26; there is an accompanying leaflet in English.