MPs vote to give up some privileges

A NUMBER of Slovakia’s top officials will soon lose their legal immunity from speeding fines, parking fines and fines for drink driving. After a series of failed attempts over the past two decades to curtail Slovak MPs’ privileges, deputies from across the political spectrum on February 3 agreed to scrap their own immunity and that of a range of public officials from punishment for minor offences classed as misdemeanours. MPs will still be immune from prosecution for criminal offences. 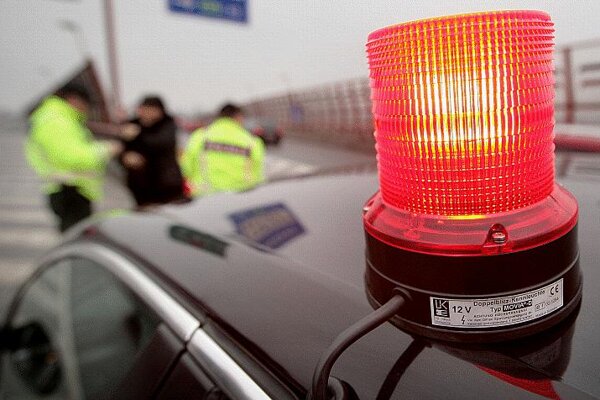 A NUMBER of Slovakia’s top officials will soon lose their legal immunity from speeding fines, parking fines and fines for drink driving. After a series of failed attempts over the past two decades to curtail Slovak MPs’ privileges, deputies from across the political spectrum on February 3 agreed to scrap their own immunity and that of a range of public officials from punishment for minor offences classed as misdemeanours. MPs will still be immune from prosecution for criminal offences.

The original proposal had applied to parliamentary deputies only but Smer MP Anna Vitteková proposed to add to the list the Slovak president, judges, the general prosecutor, lower-level prosecutors and members of several state bodies, including the Slovak Information Service (SIS), the Police Corps, the Railway Police and the Justice and Prison Guards Department (ZVJS). The revision to the law on misdemeanours broadening officials’ responsibility for misdemeanours gained the support of 147 legislators, who also agreed to Vitteková’s proposal, the TASR newswire reported.

Observers noted that deputies’ willingness to pass the amendment may have been prompted by the election campaign currently under way, but they agreed that stripping officials of their immunity from minor offences would benefit society.

“This step was forthcoming due to the fact that this is an election campaign period; this has been an endless issue in the Slovak parliament,” political scientist Miroslav Kusý told The Slovak Spectator, adding that deputies have now undergone “the least painful part of the operation” since they still enjoy the privilege of immunity from criminal prosecution.

Advocates of the move argued that scrapping immunity would be in line with the spirit of the country’s constitution, which states that citizens are equal in their rights and duties.
The amendment will now have to be signed by President Ivan Gašparovič who, according to his spokesperson Marek Trubač, has no problem with the abolition of immunity for misdemeanours, SITA wrote.

Fighting to take the credit

By scrapping immunity the outgoing government fulfilled one of the promises contained in its programme statement. Immediately after the vote the parties began jockeying to take credit for the initiative. All four parties in the former centre-right coalition agreed that the move was a natural step towards scrapping MPs’ immunity from criminal prosecution.

“The bill that all the other coalition parties signed up to was ours, and I’m glad we have managed to persuade the entire parliament,” said Ivan Štefanec of the Slovak Democratic and Christian Union (SDKÚ), as quoted by TASR, adding that his party was making good on its election promises.
The leader of Freedom and Solidarity (SaS), Richard Sulík, called the vote “an extraordinary day in the history of the Slovak parliament”.

“Obviously, everybody is going to try to take the credit for abolishing immunity, but let me point out that it was SaS that initiated a referendum two years ago that featured a question on doing away with immunity from prosecution for misdemeanours,” Sulík said, as quoted by TASR.

The speaker of parliament, Pavol Hrušovský of the Christian Democratic Movement (KDH), called the voting a “triumph of the politics of reason”, saying that it marks the beginning of the “path towards the definitive abolition of immunity applicable to crimes”, TASR wrote.

Independent MP Igor Matovič, leader of the Ordinary People and Independent Personalities (OĽ) party, also sought to take some credit, claiming that deputies backed the new law only because he had warned them of the consequences if they attempted to avoid passing it in its entirety.

“They backed the bill for the very reason that I went public with their preparations for some sort of trick,” said Matovič, as quoted by TASR.

“If you raise the alert about a thief bracing himself to steal something, he won’t pull off the heist,” he added.

Kusý, as well as political scientist Ján Baránek, the director of the Polis polling agency, doubted that the deputies would have passed the bill if it were not for the election campaign or the so-called Gorilla Protests against high-level political corruption.

“Up till now they [MPs] have always found an excuse to avoid it,” Kusý told The Slovak Spectator, adding that some analysts expected that the deputies would find another pretext, even during the latest vote.

Though he considers the restriction of immunity to be a good step, Baránek warned that deputies could still avoid being punished as there are different definitions of what constitutes a crime or a misdemeanour and the line between them can be crossed very easily. Perversely, an MP drink-driving with 0.2 per mille of alcohol will now face a fine but would avoid punishment if he or she were to drive with ten times as much, since that offence would then be classified as a crime, Baránek pointed out.