EXTREMELY low temperatures, heavy snowfall and freezing utility pipes are not the only worries facing residents of Slovakia and other European countries this February. There is also some concern about the decision by Gazprom, the Russian natural gas supplier, to reduce the amount of natural gas it exports westward. 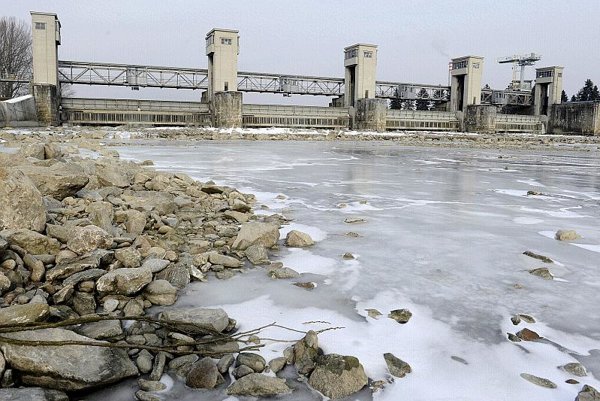 EXTREMELY low temperatures, heavy snowfall and freezing utility pipes are not the only worries facing residents of Slovakia and other European countries this February. There is also some concern about the decision by Gazprom, the Russian natural gas supplier, to reduce the amount of natural gas it exports westward.

The Russian company confirmed that it had decreased the gas flowing to Europe by 10 percent, stating its first priority is to supply the Russian market and claiming that it could not meet increased demand from Europe, the SITA newswire reported. Slovakia had a 30-percent drop in its normal supply of natural gas but Slovenský Plynárenský Priemysel (SPP), the country’s primary natural gas distributor, told its customers that there is no reason for concern.

“SPP is able and prepared to ensure that its customers, households, small businesses and big industrial users, are supplied with natural gas without limits,” Peter Bednár, spokesperson for SPP, told The Slovak Spectator.

He added that SPP is able to compensate for the loss of the normal flow of Russian gas by tapping into its underground reserves.

“Storing gas in underground facilities physically located in Slovakia is essential to ensure the large volume of gas supplied during winter,” Bednár stated.

He explained that daily natural gas consumption by households and other users is higher in winter than in the rest of the year so it is standard for SPP to combine currently arriving gas from Russia with natural gas in storage at a ratio of 60:40. But he confirmed that because of the cold weather and the reduced gas flow from Russia SPP has had to double the amount it is drawing from its reserves.

Bednár said the current situation is different from 2009, when Russian gas flowing through Ukraine to the west was stopped completely for two weeks due to a payment dispute between the two countries. In addition to the company’s underground storage facilities, SPP said it has other alternatives to keep natural gas flowing to its customers in Slovakia.

“Through our subsidiary company Eustream we are able to reverse the normal flow of gas so that it moves in the direction from west to east in about one hour in the event of an exceptional situation,” Bednár stated.

NAFTA, the largest natural gas storage company in Slovakia, which is partially owned by SPP, announced that its current level of gas in storage is about 70 percent of total capacity of about 2.2 billion cubic metres, which in turn is about 45 percent of Slovakia’s annual gas consumption.

NAFTA’s chief executive officer, Martin Hollý, said that at the moment his company is able to supply about two-thirds of daily needs from its reserves.

“We have responded to the current situation where there is a significant increase in gas consumption,” Hollý stated in a press release, adding that NAFTA has offered its customers the possibility to purchase additional gas withdrawal capacities on a daily basis.

While SPP seems to have the situation of less gas from Russia under control, residents in many areas of Slovakia have had to deal with other problems caused by the extremely low temperatures, such as frozen water supplies and burst utility lines.

Parts of north-eastern Slovakia have been severely affected and the mayors of several municipalities have declared crisis situations. In Stará Ľubovňa at least one-fifth of the residents were without their regular water supply and were depending on water supplied by the municipal fire brigade, the Sme daily reported.

“The distributed water is non-potable but it can be used for drinking and cooking after it is boiled,” said Adam Karniš, the chair of the crisis team in Stará Ľubovňa, as quoted by Sme.

The village of Rudňany in the Spišská Nová Ves district was facing an even worse situation. Three of its four wells froze and it had to make arrangements with authorities in Spišská Nová Ves to deliver water to village residents.

The arctic temperatures also caused problems with electrical wiring in some communities as well as difficulties with automobile, train and river transportation.

Prime Minister Iveta Radičová announced that financial assistance from the minister’s reserve fund will be provided to areas suffering from a lack of water. Radičová, as acting defence minister, is also coordinating the work of soldiers in the most affected areas in cooperation with the Labour and Interior Ministries.

“We have already started the preparation required for more extended help to people in these hard times,” a statement released by the prime minister reads, adding that the Defence Ministry can also provide shelters, blankets, electric generators and warm military clothing. SITA wrote that soldiers are also supplying special frost-proof water tanks and are helping people collect wood for heating.

The Slovak cabinet also agreed with a suggestion by the Interior Ministry to allocate €75,000 from the government’s reserve to assist municipalities dealing with crisis situations, SITA reported.