Slovakia gets its first indoor skate-park

THE TOWN of Nové Mesto nad Váhom in western Slovakia has transformed a former military storage depot into the country’s first indoor skate-park, with the assistance of the Slovak Armed Forces. 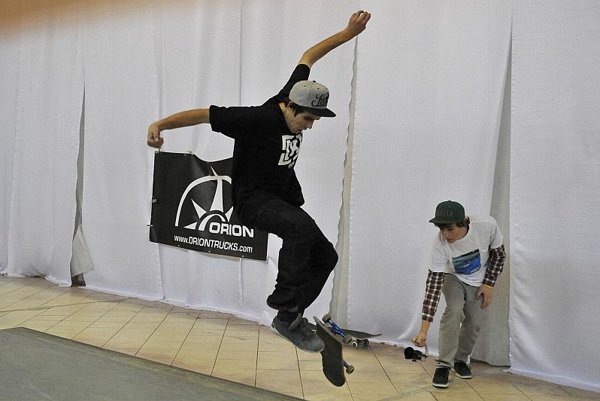 THE TOWN of Nové Mesto nad Váhom in western Slovakia has transformed a former military storage depot into the country’s first indoor skate-park, with the assistance of the Slovak Armed Forces.

Dušan Macúch, the head of the town’s department of construction, development and transport, told the TASR newswire that the town started to turn the donated military building into a hall for adrenalin sports last June. Reconstruction was completed in October 2011 and the whole process cost the town about €70,000. “We managed the reconstruction of the building on our own and the ramps and hurdles were installed by a company picked in a public tender,” Macúch stated, as quoted by TASR.

The building has an area of nearly 800 square metres with jumps and other devices designed for bikes, skateboards, scooters, and in-line skates. The town rented the hall to a civic association for the symbolic amount of €1 for five years. The reconstructed hall is situated in one of several buildings that the Slovak army donated to the town.

“The skate-park is open to the public daily from 14:00 to 21:00 but one day a week is reserved for cleaning and maintenance of the jumps. It is visited by about 400 people each month not only from all over Slovakia but also from the Czech Republic,” Marián Lapšanský, the head of the Street Team civic association told TASR. The reconstructed facility has already hosted a national race of scooters with about 150 competitors.

“Before we had to use various improvised jumps in the park and other places around town but in winter we had no place to ride. The roofed hall is splendid; much better than an outdoor skate-park,” said Dominik Mičuda, a regular skater, in praising the new facility. Gabriel Slezák, a biker, said he thought the new hall had pumped up adrenalin sports not only in Nové Mesto but also throughout Slovakia.