AFTER the economic crisis hit the construction sector in Slovakia, many construction companies hoped that state orders, especially in highway building, would provide enough work to keep them afloat. New highways could also be of a considerable benefit to the whole country and its economy, with Slovak businesses and foreign investors alike keen to see the backbone highway connecting Bratislava and Košice via Žilina finally completed. However, an uninterrupted multi-lane road connecting the country’s two biggest cities still remains a fairly distant prospect. This is not only because of a lack of money but also because of constant changes in the state’s approach to highway construction. One analyst is calling for highway construction to be freed of political influence and for experts to be left to continue projects started by previous governments. 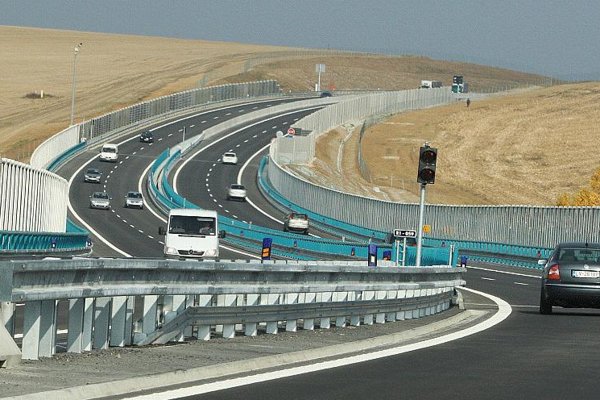 AFTER the economic crisis hit the construction sector in Slovakia, many construction companies hoped that state orders, especially in highway building, would provide enough work to keep them afloat. New highways could also be of a considerable benefit to the whole country and its economy, with Slovak businesses and foreign investors alike keen to see the backbone highway connecting Bratislava and Košice via Žilina finally completed. However, an uninterrupted multi-lane road connecting the country’s two biggest cities still remains a fairly distant prospect. This is not only because of a lack of money but also because of constant changes in the state’s approach to highway construction. One analyst is calling for highway construction to be freed of political influence and for experts to be left to continue projects started by previous governments.

“At the moment there is too much politics in highway construction in Slovakia,” Ľubomír Palčák, the head of the private Transport Research Institute (VÚD), told The Slovak Spectator. “In the future, when heads heated up by the upcoming elections have had time to cool down a bit, it will be necessary to sit down and analyse this topic from an expert point of view. A black-and-white view in this area is very bad.”

Palčák referred to the public-private partnership (PPP) projects used to build about 150 kilometres of highways and dual carriageways which the Robert Fico government started during its 2006-2010 term. While the Fico government was a strong supporter of this method the Iveta Radičová government regarded the projects as overpriced.

Out of three packages only the so-called second one, which involved construction of 51.6 kilometres of the R1 dual carriageway from Nitra to Tekovské Nemce, plus a bypass around Banská Bystrica, has been carried out. The main section, of 48 kilometres, was opened to traffic in late October and the bypass should open in July this year. The Radičová cabinet cancelled the remaining two PPP projects.

“It is indisputable that from the financial point of view the construction of highways and dual carriageways from state budget or EU funds is the cheapest approach,” said Palčák, adding that a PPP project also involves the price of the money invested by the investor. “But the third package might have been launched, especially after the concessionaire offered a 30-percent discount.”

Here Palčák referred to the PPP package to construct and operate four stretches of the D1 highway between Žilina and Martin with a total length of almost 31 kilometres. He pointed to the high volume of traffic in the affected localities and the high number of accidents there. The company originally chosen to build the sections, Žilinská Diaľnica, proposed to cut the bill by 30 percent to reflect the favourable development of interest rates during talks with the Ministry of Transport on the terms for financing of the project. Nevertheless, Transport Minister Ján Figeľ halted the project, arguing that it was overpriced and badly prepared by the previous Fico cabinet. He interpreted the proposed reduction in the state’s annual payments for the project – from €277 million to less than €219 million – as confirmation of his arguments, the SITA newswire wrote.
In the case of the first PPP package, to construct and operate 75 kilometres of the D1 highway from Dubná Skala (near Vrútky) to Svinia (in Prešov district), Palčák sees the decision to halt the project as having been a good one in the end.

“Here, time showed that this was a good decision because otherwise construction could not have been launched until today due to the problematic Turany-Hubová stretch, for which Slovakia has still failed to obtain the nod from the European Commission,” said Palčák, adding that since this package was divided into more sections, tenders for some of the remaining, unproblematic stretches have been launched.

Slovakia will further assess the environmental impact of the construction of the 13-kilometre Turany-Hubová section on neighbouring protected areas, which contain rare biotopes. To qualify for a loan from the European Investment Bank, Slovakia needs approval from the European Commission, which has so far identified three problematic localities. Environment Minister József Nagy has said he hopes that after mitigating measures are adopted it will be possible to continue with the project. Slovakia needs to solve the issue as fast as possible or risk losing out on EU funds.

Transport Minister Figeľ stated in January that he believes drivers will be able to use an uninterrupted highway from Bratislava to Košice via Žilina in 2017, provided that the technically demanding Lietavská Lúčka to Višňové to Dubná Skala section, which will include a tunnel of almost 7.5 kilometres in length, is completed on schedule, SITA reported in mid January. Construction of this part of the D1 highway is projected to take five and a half years. Work should thus start in July 2012 at the latest in order to be completed by the end of 2017.

The investor, the National Highway Company (NDS), has already launched the tender and sealed bids should be opened later this year.

In this respect Palčák said it is positive that even though the cancellation of the two PPP packages meant that some time was lost, tenders for the construction of most of the remaining D1 stretches have now been launched – and in some cases deals signed and construction work begun. But he voiced fears that complaints by losing bidders pose a certain danger to the deadlines set for completion of the highways.

NDS investment director Viktória Chomová has pointed to what she said are faults in the public procurement law that enable failed bidders to obstruct projects from going ahead, SITA wrote.

The NDS plans to launch construction of over 83 kilometres of highways and dual carriageways in 2012. These stretches include the D1 sections between Lietavská Lúčka and Dubná Skala including the Višňové tunnel, the second part of the Jánovce–Jablonov stretch, and the Hubová–Ivachnová section, SITA wrote.

Palčák said that Slovakia had accumulated positive as well as negative experiences over the last few years.

“The positive one is that Slovakia has shown that it is able to prepare a good PPP project, which is not a simple issue,” said Palčák, adding that this process also involved preparation of contracts which differ from ordinary public orders. “The second PPP project has been carried out and during about two years 47 kilometres of dual carriageway were built.”

According to Palčák, a weak point is that due to the current economic situation and the condition of banks it will be not possible to set up any other large PPP projects in the near future. But he does not think that the PPP concept should be discarded completely. He believes that PPP schemes may be used to provide solutions in places with high traffic flows or which are close to Bratislava, where Slovakia is less free to access EU funds.

“Slovakia is fated to employ multi-source financing for construction of highways and dual carriageways,” said Palčák, who added that he could foresee about €5 billion that people have saved so far in the second pillar of the old-age pension scheme, and about €24 billion that citizens currently have in private savings accounts in banks, being used for this purpose. “Slovakia needs roughly €20 billion to build its planned highways and dual carriageways,” he concluded.