SLOVAKIA introduced an energy certification scheme for buildings at the start of 2008. In doing so it joined efforts within the European Union to reduce the amount of energy consumed in buildings. While much work has already been done, the energy awareness of Slovaks remains low, especially when compared with other countries in Europe, and there are still many areas where improvements can be made. Experts harbour significant reservations about the way the current scheme operates and how certificates are issued, and say meaningful support from the state to achieve better energy performance in buildings is lacking. 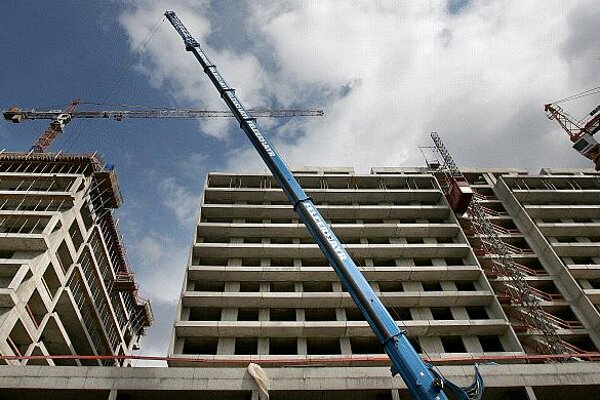 Newbuildings must have an energy certificate. (Source: SME)
Font size:A-|A+

SLOVAKIA introduced an energy certification scheme for buildings at the start of 2008. In doing so it joined efforts within the European Union to reduce the amount of energy consumed in buildings.
While much work has already been done, the energy awareness of Slovaks remains low, especially when compared with other countries in Europe, and there are still many areas where improvements can be made. Experts harbour significant reservations about the way the current scheme operates and how certificates are issued, and say meaningful support from the state to achieve better energy performance in buildings is lacking.

“In general people in Slovakia have low energy awareness,” Zuzana Sternová, director of the Building Testing and Research Institute, told The Slovak Spectator. “They do not show real interest in obtaining the energy certificate.”

Dušan Majdúch, the chairman of the Slovak Chamber of Civil Engineers (SKSI), was more optimistic, pointing out that increasing energy prices mean more attention is being paid to building materials, heating and in the general energy performance of buildings. But he said entry costs are high and the payback period does not meet the expectations of builders.

Majdúch sees Slovakia as being somewhere in the middle of the spectrum when compared to the situation internationally.

“In obtaining energy performance certificates (EPCs) Slovakia is ahead of other countries in the Visegrad Group [i.e. the Czech Republic, Poland and Hungary], but far behind Germany and northern European countries, for example Denmark and Sweden,” said Majdúch. “However, state support [in those countries] is greater.”

The experience of Ladislav Matejka from Delphia, a company that provides certification of buildings across Slovakia, is that the energy awareness of Slovaks is weaker than in neighbouring countries.

“When buying electrical appliances, we now have almost exclusively those with the A label in the shops,” Matejka told The Slovak Spectator. ”This is not the case with buildings and probably it will not be for a long time. In the case of buildings the situation is more serious because the life cycle of a building is several times longer than that of any appliance and when a building is constructed, this [i.e. its construction] has a bearing on energy consumption during its whole ‘life’.”

Ondřej Šrámek, public affairs and sustainability manager for the firm KNAUFINSULATION in Slovakia and the Czech Republic, sees the low popularity of energy performance certificates as paradoxical, “because buildings are without a doubt the biggest ‘appliances’ in terms of energy consumption that we ever own”.

Matejka believes the situation will change only when people start requiring more quality buildings and this will happen only when their awareness increases.

Energy performance certification is mandatory upon completion of a new building or a significant reconstruction, and during the sale of a building or its rental. It provides a means of rating individual buildings – whether they are residential, commercial or public – according to how efficient (or inefficient) they are in relation to the amount of energy needed to provide users with the expected degrees of comfort and functionality. During the certification process a building is rated according to its energy efficiency, from A, the top rating, to G , the worst.

Sternová sees a quality certificate as an objective confirmation of the project documentation and the quality of the construction, either for a new building or a significant reconstruction of a building. This means that such a certificate proves that investors are getting what they paid for. The aim should not be to obtain a certificate as cheaply as possible, but to receive an objective and well-performed assessment. The qualified assessor should also propose measures to improve the energy performance of each building.

When evaluating the current situation in terms of buildings’ energy performance, Sternová cited statistics for the number of certificates issued, a figure which has been recorded since the last quarter of 2009. While in 2009 745 certificates were issued, in 2010 the figure was 9,342 and in 2011 10,771. So far this year, 1,284 certificates have been issued.

Majdúch of SKIS is pleased by the increasing number of certified buildings. He sees room for improvement by maintaining the legislation in terms of the required energy performance of buildings, sticking to optimal projects and observing the conditions of the approval procedure.

“The current situation in energy performance of buildings, simply put, is in line with the money spent,” Majdúch told The Slovak Spectator, adding that builders often change projects and use cheaper and poorer quality materials as well as unsuitable technologies. “Also, assessors sometimes produce inconsistent work ‘from behind the desk’ – without checking the reality at the building site. A more thorough supervision of the quality of certificates is absent too.”

Some experts have observed that the goals set by the certification process are met only formally and say they would welcome more support from the state for the construction of energy-efficient buildings.

Matejka of Delphia commented that Slovakia, when adopting the relevant laws and transposing EU legislation in this area, said only ‘A’ when it would have been better to say ‘B’ too. By this he meant that it would be good if individuals and firms, i.e. all those obliged to have buildings certified, could apply for various subsidies, tax relief or softer mortgages in return for investing in more efficient buildings.

“At the moment [certification] is instead considered ‘a necessary evil’ during the approval procedure, which is really a pity because there is practical sense in energy performance certificates,” said Matejka.

According to Ján Ilkovič, the director of Eneco, a company engaged in energy performance certification and audits, mistakes and ambiguity in the wording of the Slovak legislation, the lack of incentives, and the inactivity of oversight bodies together mean building owners tend to regard the obligation to obtain a certificate as a pointless administrative and financial burden.

“The benefit of energy performance certification of buildings in terms of energy savings, which was the main goal of the implementation of the Energy Performance of Buildings Directive, is therefore actually zero in Slovakia,“ Ilkovič told The Slovak Spectator.

“This is being demonstrated during the [ongoing] revision of the law on the energy performance of buildings, which the ministry is preparing without a thorough analysis of experiences with the existing law over the past four years, and until recently also without a real and faithful consultation with the expert and lay public.”

Matejka and Ilkovič also said that not enough certificates are being issued for buildings being sold or rented, something which they believe would advance the awareness of investors. Out of the total number of issued certificates, only 2-2.5 percent were issued to buildings being sold or rented. They see the inactivity of state offices, in this case the State Energy Inspectorate, as being responsible for this unfortunate situation.