There was no extra spending power for most workers in 2011 as inflation ate away at nominal wage increases. The outlook for 2012 is for tamer inflation but since the Slovak economy is not expected to generate many new jobs the high level of unemployment and employers’ concerns about another economic crisis will put a brake on wage growth. 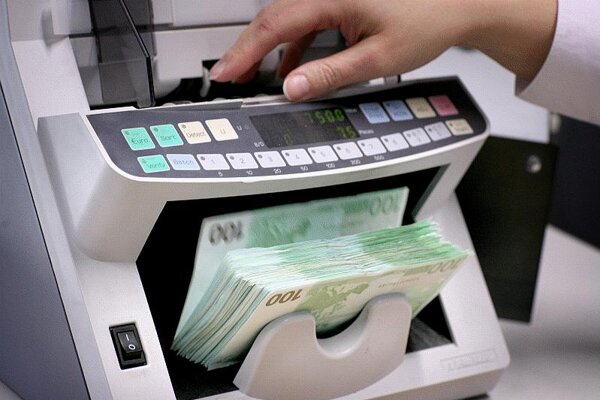 There was no extra spending power for most workers in 2011 as inflation ate away at nominal wage increases. The outlook for 2012 is for tamer inflation but since the Slovak economy is not expected to generate many new jobs the high level of unemployment and employers’ concerns about another economic crisis will put a brake on wage growth.

The nominal average monthly wage in Slovakia for the third quarter of 2011 was €769, an increase of 2.5 percent from the third quarter of 2010, according to a report from the Slovak Statistics Office released in early December 2011. This was one of the smallest annual increases in nominal wages since Slovakia became independent, with smaller annual wage-growth reported only at the turn of 2009 and 2010.

Since consumer prices in 2011 increased at a much higher rate than nominal wages, the real average monthly wage in the Slovak economy in the third quarter fell by 1.4 percent. The Slovak Statistics Office will release final wage statistics for 2011 in early March but it already announced in mid-January that consumer prices rose by 3.9 percent in 2011 compared with the previous year.

The fall in real wages in the third quarter of 2011 was an outcome of the impact of the global economic situation on the Slovak economy, economists stated. While Slovakia’s gross domestic product grew by 3 percent during the third quarter compared to the same period of 2010, predictions for economic growth are gloomier for 2012. Nevertheless, economic analysts predict that real wages could increase moderately this year because of lower inflation.

“We expect real wages will grow, but only by between 0.5 and 1.0 percent,” Eva Sadovská, an analyst at Poštová Banka, told the Hospodárske Noviny financial daily.

The Financial Policy Institute, part of the Finance Ministry, shares this opinion, estimating real wage growth at 0.6 percent in 2012 and GDP growth at 1.1 percent. Analysts also say there must be economic growth between 3 and 4 percent to generate new jobs and the lack of jobs in Slovakia can be expected to dampen pressure for wage increases.

“In general, the purchasing power of the population should increase in 2012,” Ján Tóth, the head of the Financial Policy Institute told the daily.

But Sadovská warned that an increase in the nominal average wage might be somewhat illusory if the situation from the period of the economic crisis repeats itself, noting that average wage statistics were distorted by layoffs of low-wage workers at that time.

“In 2009, when less-qualified and lower-earning workers were laid off, the average wage level increased statistically, but most employees rarely found higher sums on their wage tickets,” Sadovská stated.

The Profesia company, which operates the largest employment website in Slovakia, noted that wage expectations of job applicants were 4 percent higher during the third quarter of 2011 than in the previous year and were at an average of €787. Lucia Burianová from Profesia said that before the pre-crisis years, wage expectations had risen by 10 percent or more a year and had moderated only over the last few years.

“Companies were hiring new people and after two years of stagnation in the labour market some people were thinking about changing jobs, also with the aim of increasing their income,” Miroslav Dravecký, business development manager at Profesia, stated in December 2011. “Thus, based on positive numbers in the development of the labour market, people increased their [wage] expectations.”

But developments in the labour market were less positive in the second half of 2011 and that dampened wage expectations.

“Compared with the previous period, applicants are willing to accept a lower wage when changing jobs,” Peregrim stated. “This is a consequence of the crisis and the lower number of vacancies.”
Peregrim added that employers are also tightening their compensation policies “especially within benefits for employees, for example bonuses, other financial benefits, training and lectures or other forms of education”.

Mario Fondati, a partner at Amrop Slovakia, noted that there are differences in the labour market and this should be considered when examining wage expectations.

“For [desired] individuals who are not actively looking for a new job, it may be necessary for a company to offer an incentive and in some cases companies are even offering wages higher than what is common in the current labour market,” Fondati told The Slovak Spectator. “On the other hand, if applicants are currently unemployed, they are willing to make compromises and will work under less beneficial conditions.”

Martin Krekáč, a senior partner at Amrop Slovakia and chairman of Jenewein Group, expects downsizing of wage expectations and other demands from job seekers, especially those who have been jobless for a considerable period of time.

“In 2012 one should also take into consideration that new work positions will be created only slowly and that employers will not have reasons to increase wages,” Krekáč told The Slovak Spectator. “We will instead see efforts to increase the added value from a worker. This means that employers will be at an advantage and will require employees to handle more and tougher assignments for the same money.”

Dávid Dereník, a macroeconomic analyst with UniCredit Bank Slovakia, thinks this approach of restricting hiring and increasing the work load of current employees is already occurring in Slovakia, pushing up labour productivity.

Dereník examined gross domestic product per capita figures – expressed in purchasing power standards, a method that eliminates differences in price levels between countries – that were released by Eurostat for 2010 in mid-December 2011.

Dereník pointed out that ‘GDP per capita’ does not take into consideration relative levels of employment and unemployment in individual countries or labour productivity and that Slovakia has the lowest level of employment within the Visegrad Group.

“While a Slovak employee produced nominal average added value of €30,500 in 2010, an employee in the Czech Republic produced €1,000 less,” Dereník wrote in a bank memo, adding that if employment in Slovakia had been at the level of the Czech Republic and labour productivity remained the same, then GDP per capita in Slovakia would have been higher in 2010, reaching of level of 89 percent of the EU average.

While noting that the average productivity of those who are employed and those who are unemployed might be a bit different, Dereník argued that his analysis shows that any disadvantage the Slovak economy has vis-à-vis the Czech economy is due to its significantly higher unemployment level and not its labour productivity.

He attributes this labour productivity to the industriousness of Slovaks as well as new technologies used in the manufacturing sector.

“Direct foreign investments have especially contributed to this as they have brought new technology as well as improvement in managerial and organisational techniques,” Dereník stated,
as quoted by the Pravda daily.

Vladimír Vaňo, chief analyst with Volksbank Slovensko, believes that corporate investments into technology and re-engineering of production processes, as well as a gradually increasing share of industries with higher value-added have contributed to higher labour productivity in Slovakia over the past decade. But he added that even though improved labour productivity is a fundamental requirement for growth in average wages, it does not guarantee such growth.

“Wages, like any other price in the market economy, are a result of interplay between supply and demand,” Vaňo told The Slovak Spectator. “Especially in geographical areas and time periods with higher unemployment, supply factors can hold down the pace at which average wages grow.”

He added that a slowdown in economic activity does not bode well for labour productivity – as we saw in 2009 – and might actually force companies to decide between the dilemma of lower productivity and less competitiveness or more pressure on cost optimisation, including less employment, in order to respond to reduced output. This also explains why, in general, labour market changes lag behind changes in economic production, during both downturns as well as upturns.