Žitňanská to bid for SDKÚ chair

IF ABOUT a month ago the Slovak Democratic and Christian Union (SDKÚ) was worried about an apparent fall in its popularity which meant, according to opinion polls, that it risked losing its leading position on the Slovak right, a February 17 poll by the MVK agency has flung up an even more urgent concern. It suggested that support for the party, led by former prime minister and current foreign minister Mikuláš Dzurinda, had slumped to 4.3 percent, below the 5-percent threshold required to win any seats in parliament. Parliamentary elections will take place in Slovakia on March 10. 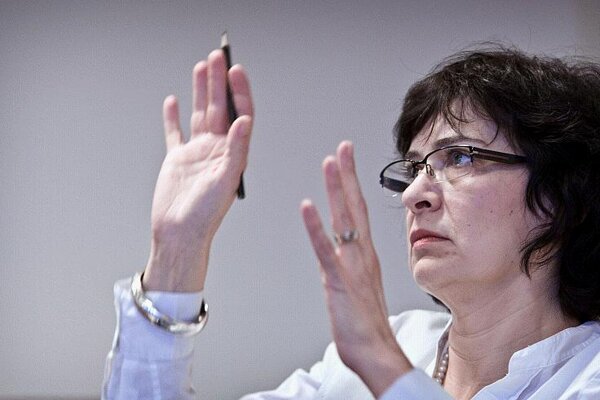 IF ABOUT a month ago the Slovak Democratic and Christian Union (SDKÚ) was worried about an apparent fall in its popularity which meant, according to opinion polls, that it risked losing its leading position on the Slovak right, a February 17 poll by the MVK agency has flung up an even more urgent concern. It suggested that support for the party, led by former prime minister and current foreign minister Mikuláš Dzurinda, had slumped to 4.3 percent, below the 5-percent threshold required to win any seats in parliament. Parliamentary elections will take place in Slovakia on March 10.

Though political analysts say that it is unlikely that the SDKÚ will actually be excluded from parliament – the party typically does less well in polls than in actual elections – they also say that what was until recently the biggest party on the right must send out a very strong and convincing message in order to halt its slide in support and thereby avert a spectacular failure.

At a closely watched session of the party leadership on February 18 Dzurinda announced that he would not step down as SDKÚ leader. But the prospect of change was held out by Justice Minister Lucia Žitňanská who said she intended to seek the chairmanship after the elections, providing she received enough preferential votes.

“I am fully aware of the critical opinions about myself and the party,” said Dzurinda on February 18, as quoted by the TASR newswire.

He said he might have been more hard-headed in the past than he wished to be and that he had listened less than he wanted to. “However, if I had not been the way I am, we would never have picked such high-stakes battles that were crucial to Slovakia and, although they seemed unwinnable, we managed to win them at the end of the day.”

However, Dzurinda again appealed to other centre-right parties to seek ways to cooperate and create an alternative to Robert Fico’s Smer party, which is currently riding high in the polls: “Let’s not point to that which divides us among the right-wing [parties] but rather to that which unites us.”
In an entry on her blog on the Sme daily’s website, Žitňanská explained her decision to run for the SDKÚ leadership, in what would be the first formal challenge Dzurinda has faced since the party’s formation in 2000. She said the SDKÚ has to admit that it has a problem.

“I cannot ignore the decline in preferences since the fall of the government,” Žitňanská wrote, adding that she feels responsibility for the people who have been working on positive changes.

“However, what we have to do now is tell people that we understand their objections and that we are ready to make changes,” Žitňanská said in her blog.

While observers agree that Žitňanská, who has led recent reforms to the judicial system as well as transparency-related initiatives, has the potential to appeal to disillusioned SDKÚ voters, the solution she is promising depends on many factors and will only take place some time in the future.

Marek Rybář, a political scientist with the School of Political Sciences at Comenius University, characterised Žitňanská’s move as a type of crisis solution, as it came in circumstances that are unusual for announcing candidacies for party top posts.

“The circumstances that provoked this move are clear: the fall in [the SDKÚ’s] election preferences,” Rybář told The Slovak Spectator.

SDKÚ rules state that the party has to summon a regular party congress within six months of parliamentary elections, Rybář explained, adding that at this point it is not clear whether there will be other candidates and, most importantly, whether Dzurinda will seek re-election.
“So far the issue of elections has been quite unambiguous for the SDKÚ, since Dzurinda has never had a challenger,” Rybář said.

Martin Marušiak, a senior research fellow with the Institute of Political Sciences at the Slovak Academy of Sciences, said that Žitňanská’s potential solution would largely depend on how the party performed in the parliamentary elections and whether it made it into parliament at all. He said that after the elections the issue of the party leadership would be an open one and it would become evident how widespread discontent with Dzurinda had become within the party.

“The issue of the leadership will certainly be open,” Marušiak said. “It can be sensed that there is discontent within the party, but it will depend mainly on party members how radical the changes will be.”

Marušiak said that Žitňanská does have the potential to address voters but that the party should more deliberately “distance itself from certain personalities”.

Rybář agreed, but he added that the response Žitňanská might evoke will certainly not be comparable to that of Iveta Radičová during the election campaign in 2010. Radičová led the SDKÚ party list in that election, and later became prime minister, but Dzurinda remained party chairman throughout.
Meanwhile, Radičová, who announced last year that she would quit politics and the SDKÚ after next month’s election, said she would vote for the SDKÚ on March 10.

“I’ve chosen a single political party for the past six years,” Radičová said, as quoted by TASR. “It was the first in my life and, quite possibly, the last.”

Radičová has expressed concern about how the SDKÚ will fare in the upcoming election, after opinion polls indicated the dramatic slide in voter support for the party. She refused to speculate on whether or not the SDKÚ’s loss of popularity could be attributed to allegations arising from the Gorilla file.

Observers immediately questioned whether Žitňanská would find enough support for her candidacy within the party or whether Dzurinda was strong enough to repulse any challenge.

Several of the SDKÚ’s regional party leaders have expressed support for Žitňanská. The party chief in Prešov Region, Ondrej Matej, told the SITA newswire that he welcomed Žitňanská’s candidacy and would support her. His colleague in Trenčín Region, Martin Fedor, said on February 20 that he too would back Žitňanská’s ambitions, SITA reported.

“I was surprised in a very positive sense,” said the head of the SDKÚ Nitra Region branch, Tomáš Galbavý, after she announced her possible leadership bid. “Lucia Žitňanská has grown in a very short time; she has professional fundamentals, a pure character and good credit.”

SDKÚ politicians have become increasingly nervous about the constant discussion of the party’s falling support, with several representatives complaining that the media is not doing its job or is not reporting the election in a balanced manner. In particular, they point to what they say is an excessive focus on one aspect of the campaign – opinion polls – and argue that not enough attention is being paid to the programmes that the parties are offering.

However, Rybář explained that the discourse has been dominated to a larger degree than in the past by issues such as suspicions of corruption evoked by the Gorilla file, an unverified, internet-published file that contains alleged transcripts of covertly recorded conversations from an SIS intelligence agency operation during the second Dzurinda government in 2005-6, to which the SDKÚ has not been able to respond effectively.

“When the party comes up with campaign slogans or issues, [these] must hit the target of public discourse or adjust to it,” Rybář said.

But the campaign messages of the SDKÚ are not matching the current discourse, Rybář believes.
The political analysts were undecided about the impact of Dzurinda’s potential departure.

“I am not sure whether Dzurinda’s departure would have a fundamental impact,” Marušiak told The Slovak Spectator. “Dzurinda assumes that the Gorilla case will somehow calm down and before the election some other issues, other cases, will surface which will divert attention from Gorilla. Of course, it would mean quite a serious problem for the party if it had to change its leader in such a short time. But de facto this change has happened, because it is visible that Žitňanská dominates the billboards, not Dzurinda or Ivan Mikloš. Lucia Žitňanská has in fact said that she is taking on responsibility for the election result of the party. Thus a certain change in the position of leader has already taken place.”