MORE than 50 scientists have signed an open letter asking that the state halt all construction activities that have an impact on wildlife in Slovakia’s national parks until a new zoning scheme that meets international standards is adopted. The scientists’ letter to Environment Minister József Nagy, a nominee of Most-Híd, dated February 14, states that several ski-resort projects within the Tatras National Park (TANAP) in Štrbské Pleso, Tatranská Lomnica, Spálená, and Jakubkova Lúka have caused “irreversible destruction of habitats of European importance with an overall societal value estimated at €14.7 million”. 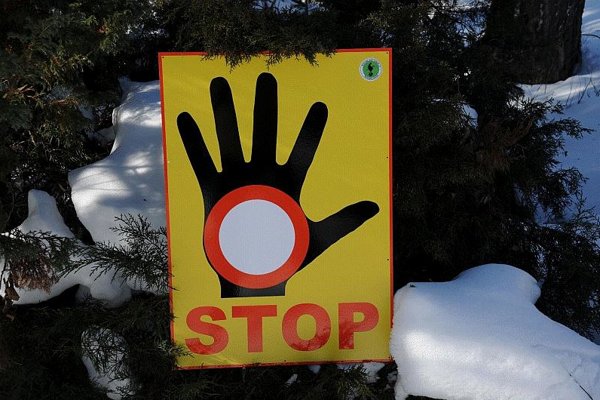 MORE than 50 scientists have signed an open letter asking that the state halt all construction activities that have an impact on wildlife in Slovakia’s national parks until a new zoning scheme that meets international standards is adopted. The scientists’ letter to Environment Minister József Nagy, a nominee of Most-Híd, dated February 14, states that several ski-resort projects within the Tatras National Park (TANAP) in Štrbské Pleso, Tatranská Lomnica, Spálená, and Jakubkova Lúka have caused “irreversible destruction of habitats of European importance with an overall societal value estimated at €14.7 million”.

Nagy responded by terming the scientists’ appeal “Bolshevik-like” and saying that the state does not have the authority to stop construction that has been approved within TANAP.

Some municipalities and entrepreneurs in the High Tatras have objected to the scientists’ appeal by launching a petition calling for accelerated approval of a TANAP zoning plan that would respect the positions of other groups in society and not only the opinions of the scientists.

The government of Iveta Radičová has currently shelved the ministry's preparation of new zoning rules within TANAP because the mandate of the current parliament will soon end and it will be unable to act on any new law on environment protection, the TASR newswire reported.

According to a memo sent to the media by Juraj Švajda of the Faculty of Natural Sciences of Matej Bel University, the scientists believe “the current manner of developing tourist centres and other facilities in national parks has led to large losses of biological diversity and the disruption of natural processes, whereas the priority under the law should be protection of such diversity and processes”.

The scientists charge that in many cases the responsible nature protection authorities have failed to take effective action to prevent this damage to nature, specifically when conducting environmental impact assessments (EIA). The scientists further stated that there is wide scope for non-transparent and corrupt behaviour “which has long been overlooked at the expense of one of Slovakia's greatest comparative advantages in Europe: her unique natural and landscape heritage in national parks”.

Beatrice Hudáková, spokesperson for the Environment Ministry, told The Slovak Spectator that the ministry has no authority to stop any approved construction activities within TANAP.

“Even if I would like to stop the construction, I would have to obtain concrete proof of inaccuracies; therefore it would be inappropriate for me to give any statements,” said minister Nagy, as quoted by the Sme daily.

Hudáková said the ministry is fully aware of problems in protection of nature within TANAP and that it approached the preparation of the zoning plan for the park with great responsibility, adding that a February 16 meeting of the Green Tripartite, consisting of representatives of the ministry, scientists and municipalities, is evidence of that responsible approach.

Ján Topercer, an environmentalist and one of the 55 scientists who signed the appeal, told The Slovak Spectator that the scientists want to finish and publish a scientific proposal for the zoning plan within TANAP and also assist the Environment Ministry in negotiations with other stakeholders.

According to Topercer the general public and the Environment Ministry have already responded positively to the scientists’ appeal and the scientists would like to use this support to help improve the EIA process.

“The process to obtain EIA documentation should change,” Topercer stated, adding that what he called a direct link between “the customer and the service provider” should be severed and that the method of selecting EIA service providers and assessment officers should improve as well.

The environmental assessment process should follow precise and strict scientific standards, Topercer added, and members of the public who are interested in these assessments should be given an opportunity to participate. Topercer also advocates a special process for EIAs in areas that are protected under the European Commission’s Natura 2000 designation.

Topercer said that his experiences while negotiating the scientific aspects of the zoning plan to cover TANAP have been positive, adding that that most of the contentious points have been clarified and many opposing positions have moved closer together or even converged.

Jozef Šibík from the Institute of Botany of the Slovak Academy of Sciences told The Slovak Spectator that the appeal by the scientists is aimed at highlighting what he called poor legislation in protecting nature in Slovakia’s national parks and dysfunctional processes for assessing environmental impacts.

“The whole EIA system has only a formal character and there is no effort to change it,” Šibík stated, adding that the current process suits well-connected interest groups. He emphasised that the aim of the scientists is not to curtail private property within TANAP but to achieve a ban on additional construction of tourist facilities that would lead to loss of biotopes of European significance.

Šibík stated that he and other scientists would continue to inform the public about what he called unprofessional decisions resulting from inadequate EIA studies, specifying that the low number of zero-variant approvals among the EIA studies is a result of calculations other than those focused on protection of biotopes and nature.

Hudáková told The Slovak Spectator that if representatives of the scientific community have suspicions of corruption among the employees of her ministry or elsewhere in public administration they should immediately inform the police or prosecutors. She reported that the ministry has an anti-corruption hot line called Envirospy and that none of the 130 complaints it received dealt with violations of the EIA process within TANAP or elsewhere in Slovakia.

Slovakia’s EIA process is in accordance with European legislation, Hudáková said, and it assesses the impact of proposed projects on the natural environment but added that it is a not binding report for the authority that has actual responsibility to approve construction projects and that the Environment Ministry does not have the authority to interfere with approved construction activities or the EIA assessment process.

Šibík said the scientists would like to see a change in the selection process for environmental assessment officers and noted that they are proposing random selection, like the system used in Slovakia for choosing judges for trials.

“The change in the system that would restrain corrupt behaviour is very easy and only depends on finding enough parliamentarians to vote for such a change,” Šibík stated. He added that he believes environmental assessment officers should assume personal responsibility for damages caused to nature if they prepare an unprofessional EIA report.

“The ‘copy and paste’ principle, very often used in similar studies in which the characteristics or descriptions of biotopes and impacts on them are copied from other studies in different regions, should be reduced,” Šibík urged.

He added that authors of assessments which have been copied from other reports should be discredited, and if there are repeated instances of this approach the licence of the assessment officer should be withdrawn.

Hudáková said the Transport Ministry, which has responsibility for tourism promotion in Slovakia, has backed away from a strategy of intensive tourism development within TANAP and supports so-called ‘soft tourism’ which she said Environment Minister Nagy welcomes as well.

Šibík told The Slovak Spectator that some people in the region believe that large-scale tourist facilities have not brought promised development to the region but rather negative impacts such as floods, more pollution, and less parking for local residents. He added that presentation of the scientific concept of zoning within TANAP, as opposed to the silvicultural concept, has caused certain fears among some local residents.

Municipalities in the middle

Representatives of municipalities within TANAP have initiated a petition calling for reassessment of the zoning plans and the mayor of the village of Štrba, Michal Sýkora, said businesses and residents have signed the petition as well, as reported by TASR. The mayor supports accelerated approval of the zoning plan but insists that it should also respect the municipality’s position, which backs a silvicultural zoning concept within TANAP.

Šibík told The Slovak Spectator that the two concepts have different principles but emphasised that there is agreement between the foresters and the scientists on about 75 percent of the area.

“We agree with the foresters that many building activities have had a negative impact on nature in the Tatras,” Šibík stated, adding that disputes between the advocates of the two approaches have been artificially inflated.

The zoning commission plans a meeting in Starý Smokovec on February 24 where the latest version of the zoning plan prepared by the scientists will be presented, Sýkora said.